« MCU Theory: Guardians of the Galaxy’s Missions Are All Captain Marvel’s Fault
Dark Phoenix Budget Rumored to Be $200M Due to Reshoots » 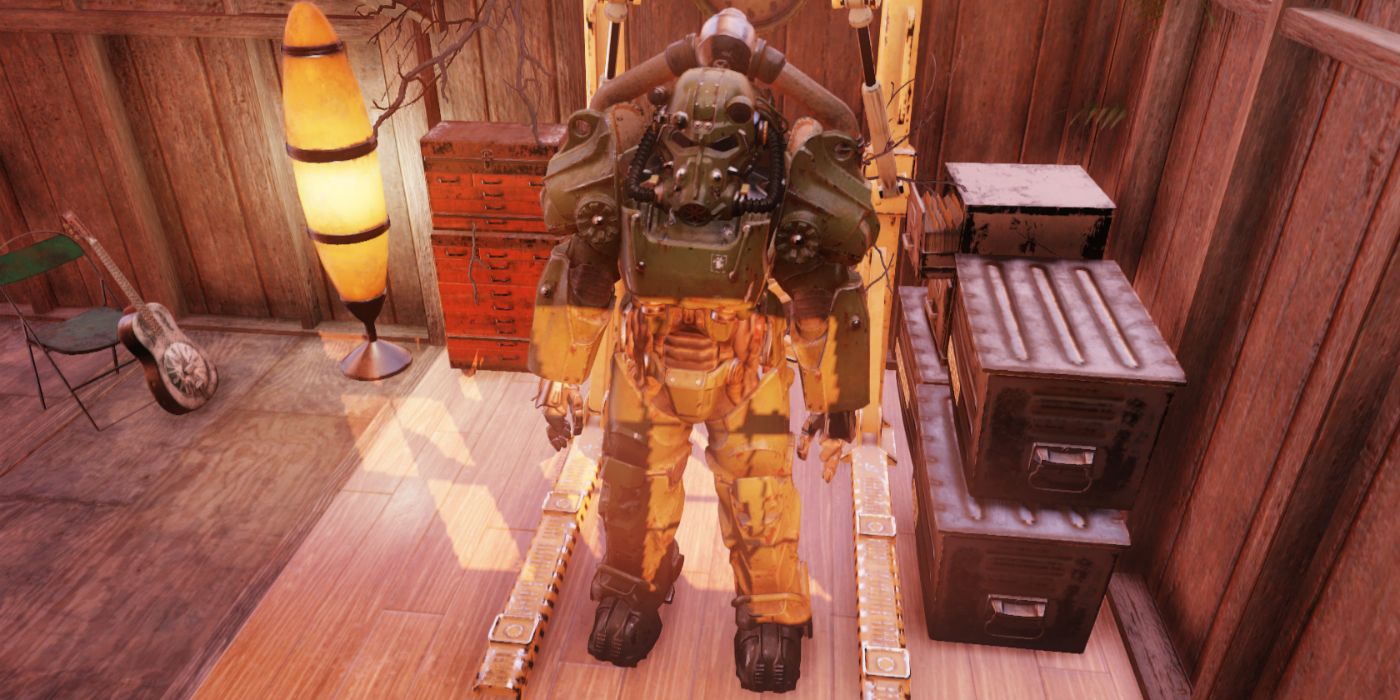 Fallout 76 has a new exploit in the form of a secret developer's room. Players discovered the room recently and have begun to use it to access items that aren't available yet in-game, resulting in a rash of player suspensions and bans.

Fallout 76 bugs aren't uncommon. Bethesda's latest entry into the historic franchise has been plagued by errors and poor judgement from day one, with server issues heralding what would become a troubling first few months for the game. Bethesda recently made things worse by shipping collector's editions that did not contain what they were originally advertised as offering, angering a community that has already been tested by Fallout 76's scathing critical reception.

Related: Fallout 76 Is The Most Disappointing Game Of 2018

Now, Fallout 76 has another issue to deal with in the form of a secret dev room. As reported by Eurogamer, the room may have been discovered as far back as several weeks ago, but has only begun to surface publicly over the last four or five days. A video that showcases what the room looks like was uploaded to YouTube by someone named by "Mr. X," but has since been taken down, only to be re-uploaded by someone else who managed to acquire it before it disappeared. For those interested, the video is right here:

The developer room houses unreleased plans for every single item coded into the game, including some of the end-game, top-tier weapons as well as unreleased additions that were scheduled to arrive in updates over the game's lifespan. There's also a human NPC named Wooby just hanging out within the room, although he appears to be there largely to absorb damage from the many weapons present there. It's definitely an exciting time for players who like to uncover game exploits, although it does come with a caveat - accessing the room could cost players their ability to enjoy Fallout 76.

Bethesda is now issuing automatic account suspensions for anyone who enters the room, with many players reporting that the ban statements are being sent via email. In 24 hours or less, players who access the room will be sent a message from Bethesda that informs them their account has been temporarily suspended. The email also suggests that most players who enter the room do so deliberately since it requires a fair number of unnatural steps to gain entry, although players who genuinely have accidentally stumbled into it can email Bethesda. Here's the full email, courtesy of Eurogamer:

Apparently, the secret room gets even better. Players are using mule accounts to take the items before quickly transferring the items to a different account. Somehow, Bethesda either isn't tracking these exchanges or can't track them, because the accounts the items are being transferred to aren't being banned.

After recently struggling with a rash of item duplication glitches, Bethesda is once again struggling to patch a major hole in the release copy of Fallout 76. While the company has clearly improved the game's online security, there is evidently a lot more work to be done, although Bethesda has at least incidentally created a new celebrity in its game. Wooby is popular among fans, and if there's any silver lining to yet another Fallout 76 exploit, it's that Wooby could be the game's goofy mascot of the future - provided people are still playing it months from now.

More: Looking Back at Video Game Publisher Fails of 2018