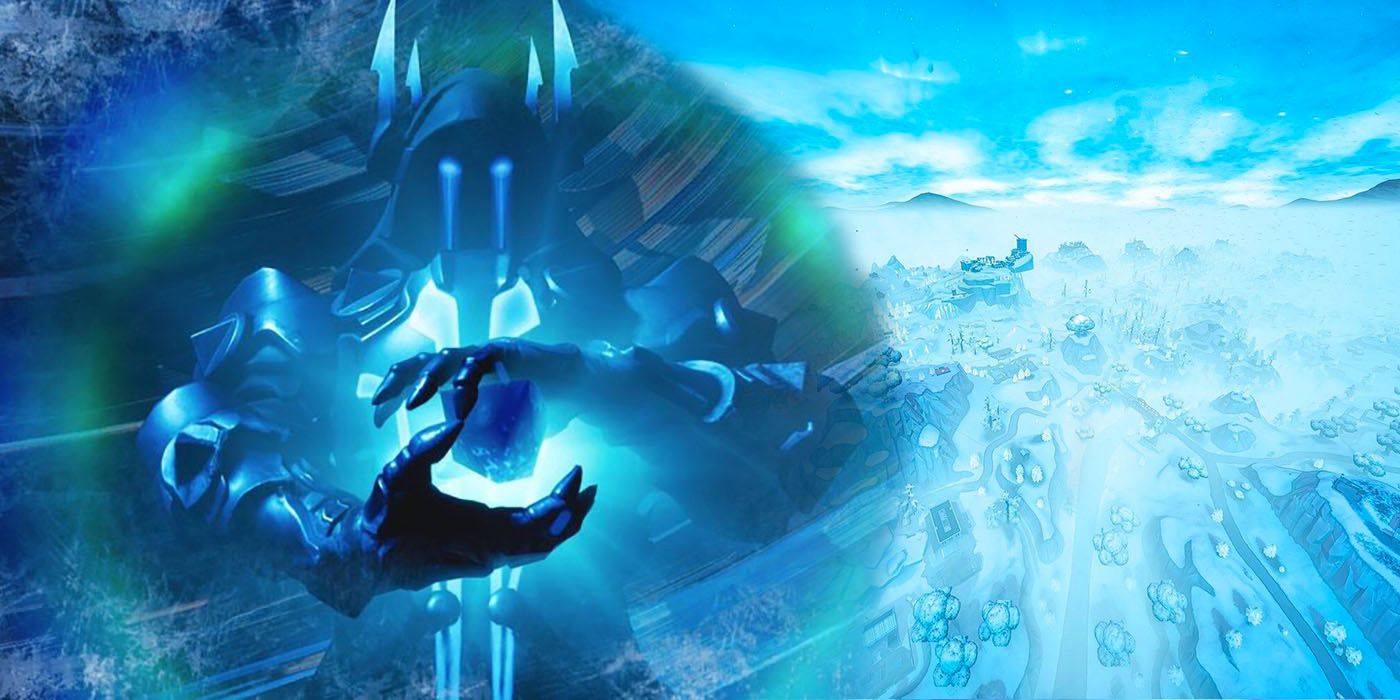 Winter has come, as Fortnite goes Game of Thrones and covers the sprawling map in a blanket of snow. As Epic Games gears up for Season 8 of the blockbusting battle royale game, the title's latest mystery has just been solved as the Ice Storm event makes its mark.

Epic Games has truly mastered the art of the teaser ahead of each new season. Just like rocket launches and tears in space, the addition of a giant blue orb had players guessing what was coming their way. The villainous Ice King is bringing trouble to the lands of Fortnite along with his own army of frozen zombies.

Epic Games teased something big was on its way when TV screens dotted around Fornite started showing a "weather warning" bulletin. The Ice Storm event officially kicked off on January 19, when Fortnite was covered in a blanket of snow. Fortnite legend Ninja posted the big moment on his Twitter where gamers can see the Ice King releasing an icy storm across the entire map. The Ice King was previously kept inside a floating orb that occupied a small space by Polar Peak.

For the foreseeable future, it looks like things will be pretty cold in Fortnite. Frozen monsters known as Ice Fiends are currently spawning from blue stones scatted around the map, and come with a unique set of challenges to help players earn winter-inspired outfits and gear. Fornite fans may remember that frozen zombies previously popped up in October's Fortnitemares event.

More than just a change to Fortnite's visuals, the Ice Storm brings new tasks to complete. Destroying 250 Ice Fiends will earn fans 500 XP, while completing six Ice Storm challenges unlocks a black and ice blue wrap. There are 10 more challenges on the way, and if players complete them all, they'll be rewarded with the Winter’s Thorn Glider. This looks like it is just the start of something bigger. There is a secret bunker where the iceberg used to stand in Happy Hamlet and a clutch of eggs in the castle prison at Polar Peak.

Thankfully, there isn't too long to wait until these new mysteries are fully unraveled. With the wintery Season 7 kicked off in December, Epic Games is rounding off the current season in style. Players will have to keep their eyes peeled and see what the Ice King is up to as Fornite continues to be one of the most popular games around.