« Why EA’s Open-World Star Wars Game Was Canceled (Again)
The Man Who Killed Hitler & Then The Bigfoot Trailer: Sam Elliott Is A Mythic Hero » 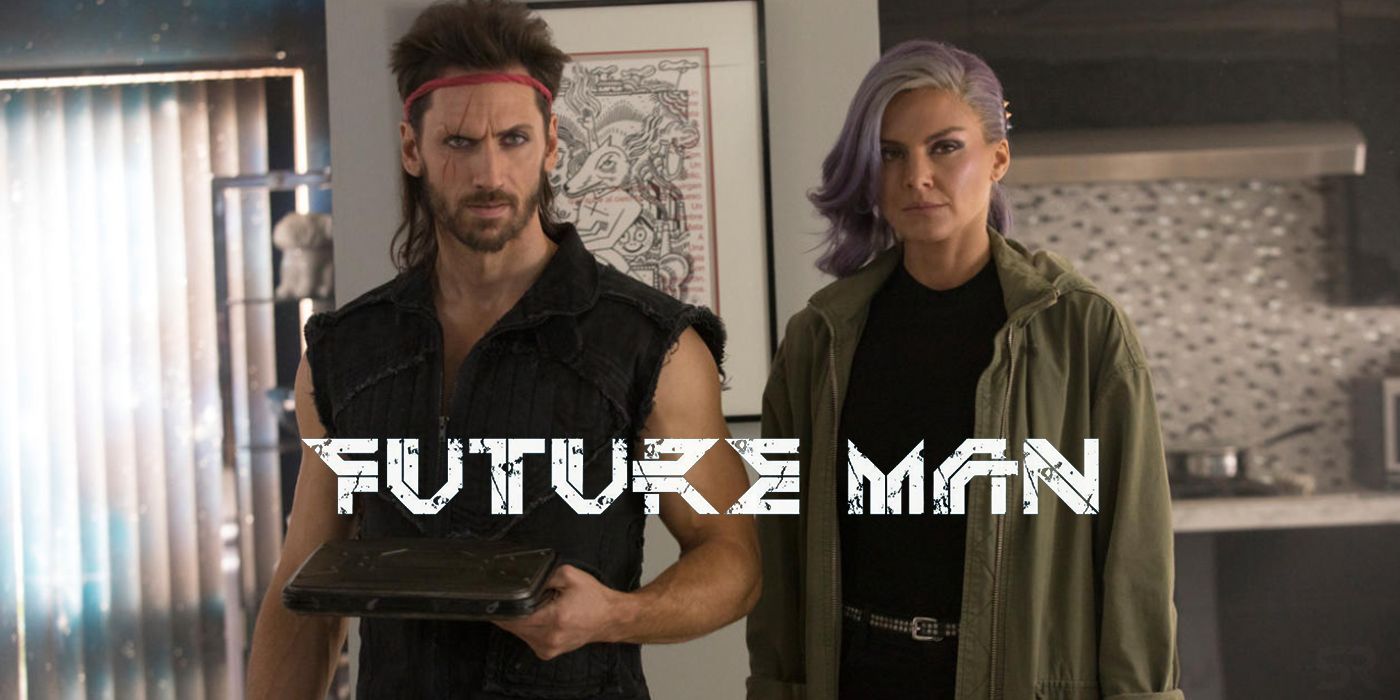 Despite coming to terms with his sensitive side by the end of Future Man's first season, Derek Wilson's Wolf gets "nasty" after a betrayal in season 2. By the end of season 1, Wolf evolves from a strictly hard-boiled warrior to someone more attuned to his feelings, so his return to form definitely doesn't go unnoticed.

In season 2 of Future Man, Wolf is in a very different place from season 1 - not just in literal terms (he and his team are in a rewritten future that is completely unfamiliar to them), but in terms of his lifestyle as well. He's living in a less-than-desirable landscape that borrows some cues from the Mad Max franchise and he's married to six husbands and wives in a cluster family. In short, his inner journey has taken him to unexpected places. That said, despite some of his positive changes, Wolf ends up dealing with an emotional blow in season 2 that results in some heavy consequences.

At New York Comic Con 2018, we spoke with Wilson about the direction of Future Man's second season, and he opened up about how Wolf's sensitive nature ends up being put to the test. Explaining that the two things his character values most of all is trust and honor, and that Wolf "would look very unkindly on any sort of betrayal," he revealed that season 2 puts these values to the test. He said:

"In this season, he gets pretty nasty with someone who betrays him. And that was - you'll see it come up midseason - but that was actually a hard scene to play, because we get to know each other so well on the show, and I felt betrayed myself, you know?"

Not that character growth is anything new when it comes to entering a new season of a show, the way the main trio develops in Future Man's second season is particularly amplified. Apart from Wolf's major turns, Josh Futturman (Josh Hutcherson) rings in the new season by hitting rock bottom, while Tiger (Eliza Coupe) ends up playing multiple versions of herself (which isn't an entirely new concept on Future Man, considering season 1 introduced alternate versions of characters).

Of the main trio - and despite the fact that each of them holds their own in their own unique ways - Wolf is by far the most unpredictable. This doesn't just apply to how he'll react in dangerous situations (his penchant for violence tends to get the better of him), but in how he responds to less aggressive, though equally emotional, crossroads. Season 2 evidently pushes that envelope even more.

More: What To Expect From Future Man Season 3

Season 2 of Future Man is streaming on Hulu.