Game Of Thrones: 10 Best Scenes From The Books The Show Left Out 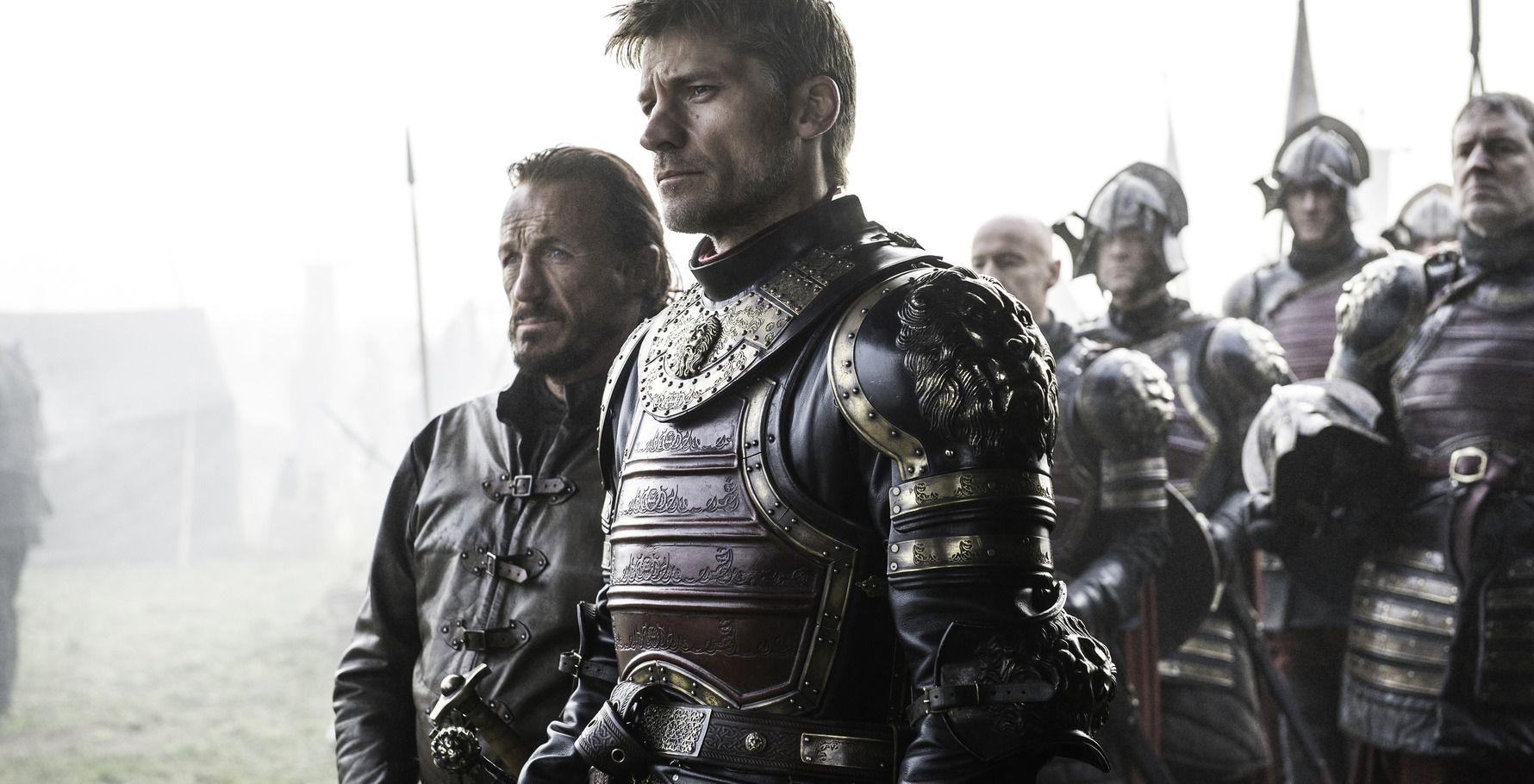 With the Game Of Thrones teaser being dropped and the last season about to start, that’s what most of us are thinking about. But even though the shows is about to end, the two last books are still up in the air, and it’s pretty easy to see why - each book is massive, taking a long time to write and filled with information and details that the show just isn’t long enough to include. Some of these are minor changes, moments and scenes that fans didn't miss.

But there are certain scenes and plotlines from the books that I really wish had been in the show, because they were awesome and added so much to the story, and these are the main ten.

Related: 10 Major Things HBO Left Out Of Their Adaptation Of Game Of Thrones

10. The Entrance Of Lady Stoneheart

Catelyn Stark died when Robb Stark did, and the Red Wedding was pretty much the most brilliantly awful scene in the history of both the books and show. But in A Song Of Ice And Fire, Catelyn Stark is rebirthed, brought back to life by the Brotherhood Without Banners. And oh, how amazing that resurrection scene would have looked in the show.

Described as basically a monstrous version of Catelyn Stark, she quickly becomes one of the most formidable characters in the books, and in general would have been a great addition to the show.

Jaime and Brienne’s relationship frequently breaks fan hearts, but there was one small scene they should definitely have included in the show. In the books, when Jaime returns to rescue her from the bear, she asks him why and Jaime’s reply is, “I dreamed of you.”

It’s so telling because it’s just so without Jaime’s usual cutting wit. It’s an honest, sincere answer that borders on romance. In the show, they say nothing at all, and there’s still a weight there but it’s not quite the same thing as seeing Jaime Lannister say something genuinely vulnerable. I wanted this for both of them!

8. The Fights With Ilyn Payne

While we’re on the subject of Jaime - his fights with Ilyn Payne in the Riverlands are the best.

When Jaime loses his hand, he chooses Ser Ilyn to fight with because the other man doesn’t have a tongue and can’t tell anyone just how weak Jaime is. Jaime ends up loving this opportunity and essentially uses these fight scenes as free therapy. He talks about his relationship with Cersei and how he feels about everything, and it lets us get to know Jaime on such a deep level. It doesn’t sugarcoat anything either—he’s 100% disturbed, but we also get to understand so much of why he is the way he is.

Bran isn’t the only Stark who can warg!

Wargs are people in the world of Westeros who can put themselves in the mind of animals and control them. Although we see Bran do this in the show, he’s pretty much the only one - but in the books, we also get to read about Arya displaying the same talent. She frequently disappears into her dreams as Nymeria - and, while we’re on the subject, Jon seems to be able to disappear into the mind of Ghost too, though it’s not touched on quite as frequently.

A lot of characters have been cut from the show, which is understandable—there are a lot of them, and the show can’t possibly include every one. But this one seems an odd choice to cut.

There’s a scene in Essos featuring another Targaryen, one we barely hear of in the show. Rhaegar Targaryen’s children Rhaenys and Aegon were murdered as children by the Mountain, but the books have had Aegon survive this. He makes an appearance in the latest book, yet another Targaryen to rise out of the ashes of their dynasty—or is he? Some speculate that this is an imposter, and the real Aegon is truly dead.

Whatever the case, he would be heir to the Iron Throne, so this adds an interesting element.

Dorne was criminally skipped over in the show. It was as if the writers didn’t quite have enough room for it, so they decided to get rid of it in the quickest way possible—which is a shame, considering it’s one of the most interesting regions. There’s a scene in the books with Quentyn Martell in particular where he goes after Daenerys’ dragons and ends up getting burned alive and killed.

This scene would have been pretty epic to see in the show, and might have provided at least one member of House Martell with a more dignified end than they got, but alas.

4. Doran’s Plot With Arianne And Viserys

Another scene that would have been interesting to see was the discussion of Doran Martell’s previous plot. He’s painted as very weak and docile in the show and although he is in the books too, he isn’t by any means stupid - the books made a point to talk about a plan he had to marry Arianne Martell to Viserys Targaryen.

As Viserys seemed like the rightful heir to the Iron Throne back in book one (you know, when we thought Jon was just a Stark, and Aegon was still dead, etc.) this was a very cunning plan to put Dorne in a position of power and would have added a much more interesting layer to Doran to include this.

RELATED: Game Of Thrones: Targaryen Bloodline And Claim To The Iron Throne Explained

3. Lysa Talks Of Her Past With Petyr

Speaking of adding more layers to characters, Lysa’s past with Littlefinger should have been included in the show, in my opinion. She was painted as unhinged and she definitely was, but it’s much more understandable if you hear her past talked about. She was once pregnant with his child, forced to have an abortion, and has always been in love with him despite him being lowborn. The tragedy of her history makes her way more sympathetic and though I understand that the show couldn’t possibly include every little detail of characters… I don’t know, this would have been a cool one.

2. Roose And The Leeches

In the show, Ramsay Snow is the worst character. Only Joffrey can compete with him.

In the books, it’s Roose Bolton.

One way to incorporate this into the show might have been to include the scene where he has leeches all over him, because it somehow… encompassed all his creepiness in one scene. And I think that needed to be done. Roose Bolton is far more monstrous than Ramsay, and the reason he’s so much more frightening is because he’s far more clever, far less obvious. His villainy was never really done justice in the show, and such a small scene would have been an easy way to show just how sinister he is.

In the show, after Renly’s death, Loras seems to move on pretty quickly and it almost makes their relationship seem… somehow unimportant, like a fling Loras can breezily move on from. In the books, there’s a scene where Loras is talking to Jaime Lannister - about how much he loved Renly, albeit subtly, about how much he wants Brienne dead as he assumes she killed Renly.

It’s a short conversation between Loras and Jaime, but very touching, and assures the reader of the importance of Renly and Loras's relationship. And since it’s onesame-sexfew same sex relationships in this world that we see, it would have been nice to see that conversation in the aftermath.

NEXT: Game Of Thrones Teases Jon Snow's Death In Season 8?