Game Of Thrones: 10 Facts About The Starks 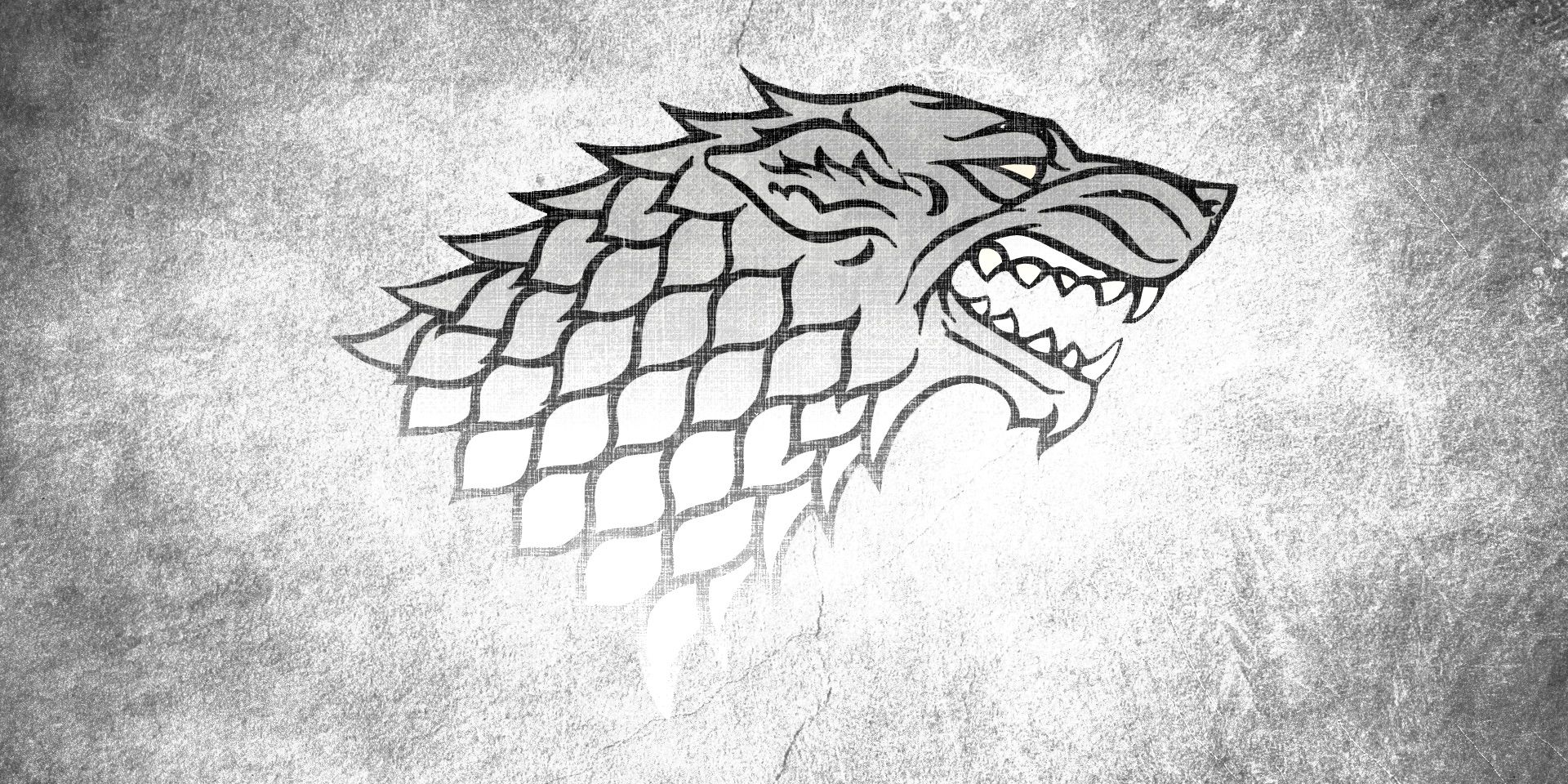 For much of the first season of Game of Thrones, the plot revolved around Ned Stark. The patriarch of House Stark shared his journey from Winterfell to Queen's Landing after King Robert Baratheon requested that he take the role of the king's hand.

While Ned's lifespan on the show was rather short, the importance of House Stark has remained prominent up until the final season. Arya, Sansa, Bran, and John Snow now receive much of the attention due to their potential impacts on the fate of Westeros. Let's take a look at some of the defining facts that have molded House Stark into the legendary house that it is.

10. Winterfell Is Naturally Equipped To Deal With The Cold

Due to the North's cold climate, the Stark's ancestral home of Winterfell was built in order to best equip its inhabitants to deal with the snowy weather. In addition to the many fireplaces installed in the chambers throughout the castle, Winterfell was originally built over a natural hot spring hidden underneath the crypts; the water of which runs through the castle walls.

In addition to the spring's naturally hot water running through the walls and heating the rooms, there are pools in the godswood that collect the heated water. In addition, the spring prevents the ground from freezing.

RELATED: Game of Thrones: How Winterfell Can Survive A White Walker Attack

9. Their Loyalties Lie With The North

While Robb Stark led a great revolt against the Lannister army before falling prey to Walder Frey at The Red Wedding, the Starks have typically never looked to defeat the ruling house and the Seven Kingdoms.

Ned Stark was extremely reluctant to become Robert Baratheon's hand due to wanting to rule in the North. So as to look after the interests of the Northmen (while John Snow has shown little interest in pursuing the Iron Throne), he assured Daenerys that he is more concerned about the threat beyond the wall. In accordance with the Stark's motto "Winter Is Coming," House Stark holds the wellbeing of the North as their main priority.

8. Bran Stark Is Named After The House's Founder

It is believed that not only was Bran the Builder the original member of House Stark, but he also constructed Winterfell. It is also widely believed that Bran built this castle in order to protect the people of Westeros from the Night King.

In addition to founding House Stark and its fortress, Bran the Builder erected The Wall to protect the First Men and the Children of the Forest from the White Walkers after surviving the Long Night. The Wall is enchanted with ancient magic, and Bran cooperated with giants and the Children of the Forest in order to complete this architectural feat.

RELATED: Game of Thrones: 15 Things You Didn't Know About Bran The Builder

7. They Descended From The First Men

RELATED: Game of Thrones: How Winterfell Can Survive A White Walker Attack

One of the previous Wildling kings named Bael the Bard (otherwise known as the King Beyond the Wall) convinced Brandon Stark to have his daughter's hand in marriage. This marriage did not last long, however, and Bael the Bard returned Brandon's daughter to Winterfell along with her newborn baby.

Because there were no other Stark heirs at the time, the newborn's arrival was incredibly important to the survival of the family lineage, and this newborn would go on to become the Lord Stark whose descendants would eventually give birth to the Stark children who are featured in the series today.

RELATED: The Complete History of Game of Thrones

5. An Alliance With Daenerys Would Betray Stark Tradition

While the King in the North Torrhen Stark pledged allegiance to King Aegon I (thus replacing his kingship with the title of Warden of the North), the Targaryen-Stark alliance was nothing short of strained up until Robert's Rebellion.

When Rhaegar allegedly kidnapped Lyanna Stark, Brandon Stark confronted King Aerys II and demanded Lyanna be returned. This ended in the Mad King killing Brandon along with his father Rickard. Upon learning of his brother's and father's demise, Ned Stark entered into the rebellion alongside the Baratheon's. To this day, the Northmen despise the Targaryens, and so the reception awaiting Daenerys at Winterfell may not be so warm.

4. There Are No Stark Swords In The Iron Throne

The Iron Throne is formed from the swords that the first King of the Seven Kingdoms took from his fallen enemies. Because of Torrhen Stark's pledge of allegiance as mentioned above, the Starks were one of few houses that did not go to war.

While infamously known as the King Who Knelt, Torrhen made the decision to submit to the Targaryens as a means of saving thousands of Northmen's lives. He knew that the Northmen were no match for the Targaryen forces, thus pledging his allegiance as a means of preventing them from being slaughtered.

3. The Stark And Bolton Feud Is Ancient

During the Age of Heroes, the Starks wished to unite the North under one banner. The Boltons, who opposed this notion, fought the Starks and flayed many soldiers alive, which explains the presence of the flayed man on their banner.

The Starks triumphed over the Boltons and forced them to give up this barbaric practice, prior to the Bolton's becoming Stark bannermen. While many view the Red Wedding as the Boltons' ultimate betrayal, this feud had already begun years before.

2. The Starks Have The Most Bannermen

Of all the houses in Westeros, the Starks have formed the highest number of allegiances with other houses. In addition to major houses such as Tully, Mormont, Glover, and Reed, the Starks have over 10 smaller houses who are also pledged to rally to their call when the time arises.

This makes the Starks the most popular house in Westeros, with more bannermen than even House Lannister.

1. The Starks Gifted Bear Island To The Mormonts

When King of the North Rodrik Stark defeated an Ironborn king in a wrestling match, Bear Island was his reward. While this island is prone to harsh weather conditions and lacks natural resources, the Mormonts were grateful for Rodrik Stark's consideration.

This act resulted in a strengthened bond between House Mormont and House Stark, which is proven by Lyanna Mormont's decision to pledge her troops to House Stark in the upcoming battles in the coming winter.

NEXT: Game Of Thrones: 16 Things You Didn't Know About House Mormont