« The Expanse Season 4 Premieres On Amazon Prime In 2019
Deadpool 3 Will Be ‘Completely Different’, Says Ryan Reynolds »

Game Of Thrones’ Weakest Seasons All Have The Same Problem 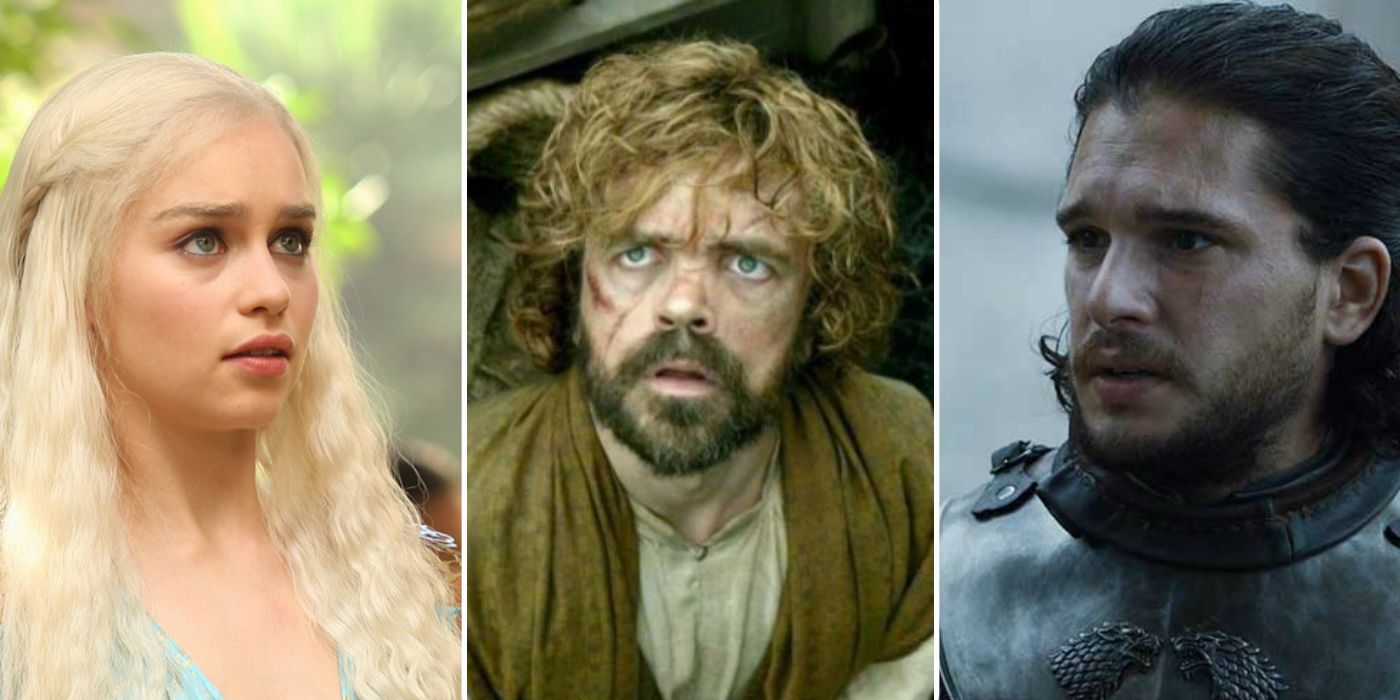 There's a united truth among Game Of Thrones's weaker season. The final season is fast approaching, with fans wondering not just what will happen in the climactic six episodes and the battle between the living and the dead, but also if season 8 can end the show on a high note.

Game of Thrones season 8 will go a long way to determining the show's overall legacy, even if its rough status as one of the era's best is largely assured already; while the show's baseline quality has always been reasonably strong, it's clear that not all seasons have been equal, just like not all of George R.R. Martin's books are equal either. This has been a rocky journey not just for the denizens of Westeros but the audience, and controversy and backlash has become an increasingly reliant part of Game of Thrones discussion.

It's not that any of the seasons are bad, but some do suffer from noticeable dips in quality. There isn't much separating the best seasons, but there's also not much separating the weakest. And it's when looking again at those "lesser" Game of Thrones seasons that a pattern - and a problem - begins to emerge.

Again, just to reiterate: no season of Game of Thrones is bad, per se. The acting, directing, and overall production values are too good for the show to completely fall apart. But, whichever way you might rank the seasons, there is a clear split between the stronger and weaker seasons. In the former camp, you have Seasons 1, 3, 4 & 6. In the latter, there's 2, 5 & 7.

There is a myriad of reasons for this, and each of the weaker seasons has its own specific set of issues. Game of Thrones season 2 suffers under the weight of introducing so many new characters, but there are also big problems with its pre-established players and storylines too. Daenerys' travails in Qarth dominate a large portion of the season, yet stand as one of the series' weakest plotlines, complete with mishandling the all-important House of Undying sequences.

Game of Thrones' season 5's problems are different. This time it's bogged down largely by Dorne. A key plot from the books, it's largely butchered on screen, and traps up some big players within. Arya's storyline in Braavos was frustrating. Tyrion was in transit and thus mostly removed from the thick of the action, and the show was stumbling in taking its biggest steps past the source material.

Game of Thrones' season 7's issues were again unique. On this occasion, the biggest problem was pacing. The showrunners decided to have only seven episodes rather than the usual 10, meaning everything felt rushed rather than carefully built. That led to huge leaps in logic, characters being magically transported around Westeros, and others not acting within what we'd come to know and expect. There were, of course, great moments and storylines within them too, but the problems, though different in specifics, have a common unifier...

The Common Link Between Game Of Thrones' Weak Seasons

What links Game of Thrones seasons 2, 5, and 7, and separates them from the rest of the show? The recurring element here, despite differences in specifics, is that they're all very much transitional seasons of the series. Season 2 isn't just picking up the pieces after Ned Stark's death, it's practically starting again. Characters like Stannis, Davos, Brienne, Melisandre, Margaery, Ygritte and many more were introduced here. The first season was comparatively small, mostly focusing on the rivalry between Starks and Lannisters. In Season 2, the world expands exponentially, so much so it almost feels like a second first season.

Game of Thrones season 5, then, has to move on from the huge changes wrought by season 4. Joffrey and, more importantly, Tywin are both dead, leaving a huge power vacuum in the realm. That allows Dorne and the High Sparrow to both make their moves. Tyrion and Arya, two key characters (and fan favorites) have both left Westeros, the Hound is believed dead, and Bran doesn't appear in season 5 at all. The game is completely changing, getting things ready for the many, many payoffs that would arrive in season 6.

Related: Game of Thrones Mysteries The Long Night Can Answer

Season 7 has to build off the back of Season 6, which blew things up more than any other: Daenerys is now in Westeros, and Tyrion with her; Arya's going home; Jon's King in the North, while R+L=J is confirmed; Cersei is Queen of the Seven Kingdoms. The status quo has completely shifted, and on top of that the White Walkers are making their move and the end is in sight. Game of Thrones thus had to transition towards the final story. None of the other seasons have this problem as they all begin after the relevant transitional work has been done, meaning they can be a little more straightforward and progress the plots in more exciting ways. Season 4 is the curious one here, as it comes after the Red Wedding, which would suggest another transition. But that's all part of a bigger whole combined with Season 3, the structure coming from Martin's book A Storm of Swords, which means it avoids being a transition and instead builds organically.

Page 2 of 2: Why This Is Good For Game of Thrones Season 8

Weiss & Benioff Take Some Blame, But It's Not Just Game Of Thrones' Problem

There's a common pattern with TV shows struggling when a season is devoted to setup. Generally, this comes when it's a penultimate season (one where the endgame is known ahead of time, rather than the show being canceled).

This has afflicted a number of great shows, to varying degrees, even including The Sopranos, Mad Men, The Americans, and the first half of Breaking Bad season 5 (which, given the gap, serves as a penultimate season). It happened with Game of Thrones as well. It's just that their problems are compounded by the number of major rejigs they've had to go through. Season 2 was setting up important events that would majorly impact, and eventually end, the War of the Five Kings. Season 5 was laying the groundwork for Cersei's grab for power and other game-changers in Season 6. And Season 7 was establishing the true endgame.

Creators and main writers D.B. Weiss and David Benioff are to blame here as well, though; it's not just a case of penultimate season syndrome. Looking at the weaker seasons versus the better ones, it's clear the showrunners are more comfortable escalating things and delivering payoffs than they are laying the foundations. Game of Thrones exists in a huge, complex world, and while they do get some credit for helping bring that to the screen, the seasons suggest they're better at running around in it than they are building it themselves. The outlier here is Game of Thrones season 1, but then that was a smaller-scale story, and was the truest to the book (with George R.R. Martin more closely involved too). As they've grown away from the books, the issues have become clearer to see.

Related: How Did Game of Thrones' Storytelling Get So Bad?

Why This Is Good For Game of Thrones Season 8

As we gear up for Game of Thrones season 8, the common link between the weaker seasons is actually good news. As we can see from the pattern, they are never followed by another weak season. Instead, it's a return to form and then some.

Likewise, if we look at TV in general, then the same goes for penultimate seasons. Breaking Bad, The Americans, The Sopranos etc might've dipped slightly as they made efforts to establish their endgames, but then those final episodes themselves were all absolutely stunning, and delivered a worthy, satisfying conclusion.

Game of Thrones season 8 is both following a weaker transitional year, but also a penultimate season. That means all of the setup is done. Every character is right where they need to be. The foundations are built. Now it has the chance to go out in a blaze of glory. And being Game of Thrones, it'll likely take that quite literally.

Next: Jon Snow's Parentage May Not Be Important To Game of Thrones Season 8