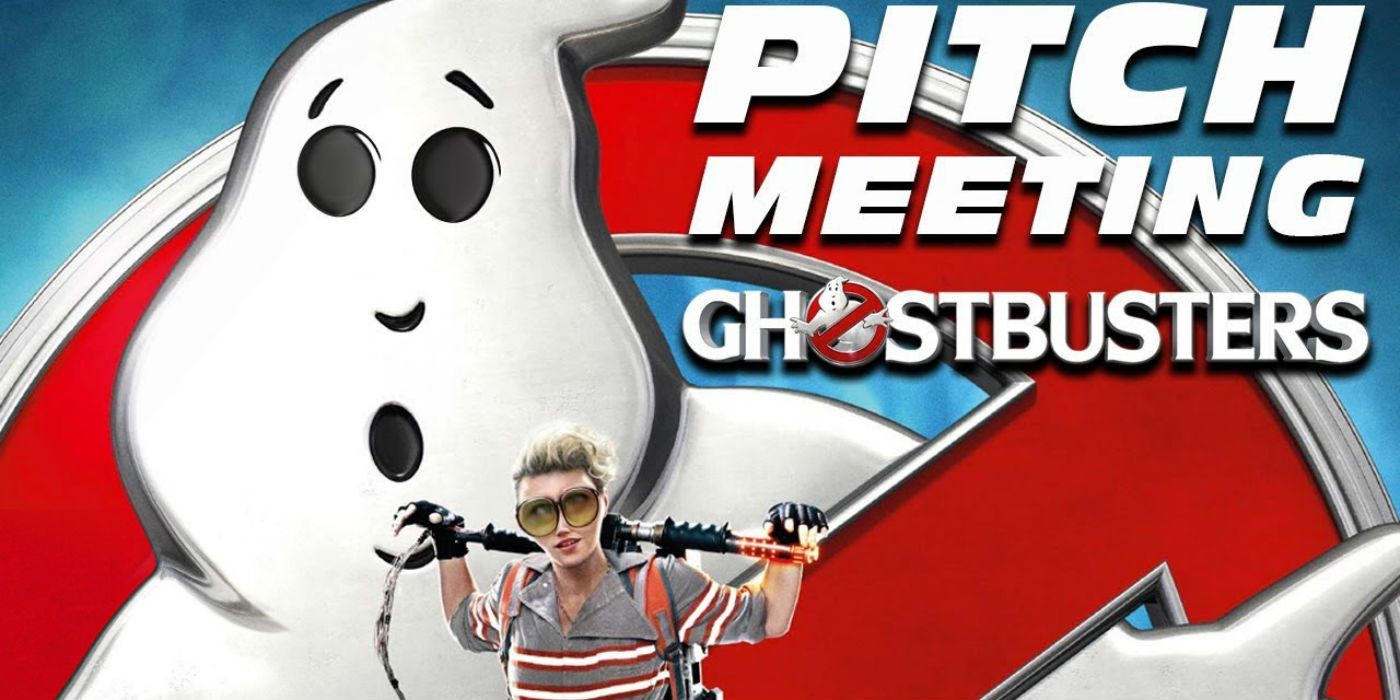 Screen Rant's Ryan George takes us back to the original pitch meeting for the not-so-original concept of Ghostbusters, the 2016 movie directed by Paul Feig that briefly set the internet on fire... until it actually came out, and everyone promptly forgot about it. Starring Kristen Wiig, Melissa McCarthy, Leslie Jones, Kate McKinnon and Chris Hemsworth, Ghostbusters received decent reviews but was a commercial flop, with its massive $144 million production budget scraping back just $229 million at the worldwide box office.

The lead-up to the release of Feig's Ghostbusters was characterized by a now notorious internet flame war based mainly around the fact that it had an all-female main cast. Ultimately, however, the movie's biggest problems had more to do its uninspired plot and lack of actual scripted jokes, with the cast left trying come up with improvised funny lines on the day and the best versions then being cobbled together in the edit bay. The result was a passable but mostly forgettable movie with uneven pacing and tone, and a generic final battle with a big CGI sky beam.

To figure out how this would-be franchise-restarter went astray, the latest Pitch Meeting reveals how the Ghostbusters reboot was (probably) conceived, why it has so many plot holes, and why they went with the bold creative decision to just have the actors sort of stand around riffing for a lot of the scenes.

Since Ghostbusters' release there's been no official word on a follow-up, though Feig says he still wants to do a sequel and Dan Aykroyd is still insistent that Ghostbusters 3 with the original cast members is a possibility. In the meantime, studio Sony Pictures has recruited Chris Hemsworth for another reboot/sequel with Men in Black: International, the latest entry in a franchise that shares with Ghostbusters a penchant for covering actors in slimy goo.

The next Ghostbusters movie on the horizon is actually an animated feature that will be told from the perspective of the ghosts, which at one point was being anticipated for a 2019 release... but there hasn't been much news on that front lately. Original Ghostbusters movie Ivan Reitman is executive producing and has been working on the project for several years, and Fletcher Moules (who directed a Clash of Clans animated short) is directing.

It may be a while before we see Ghostbusters rise from the dead again, but given that it's a franchise that still has money-making potential, Hollywood is unlikely to let it rest in peace.

More: Why the Ghostbusters Remake Didn’t Do Better, According to Paul Feig