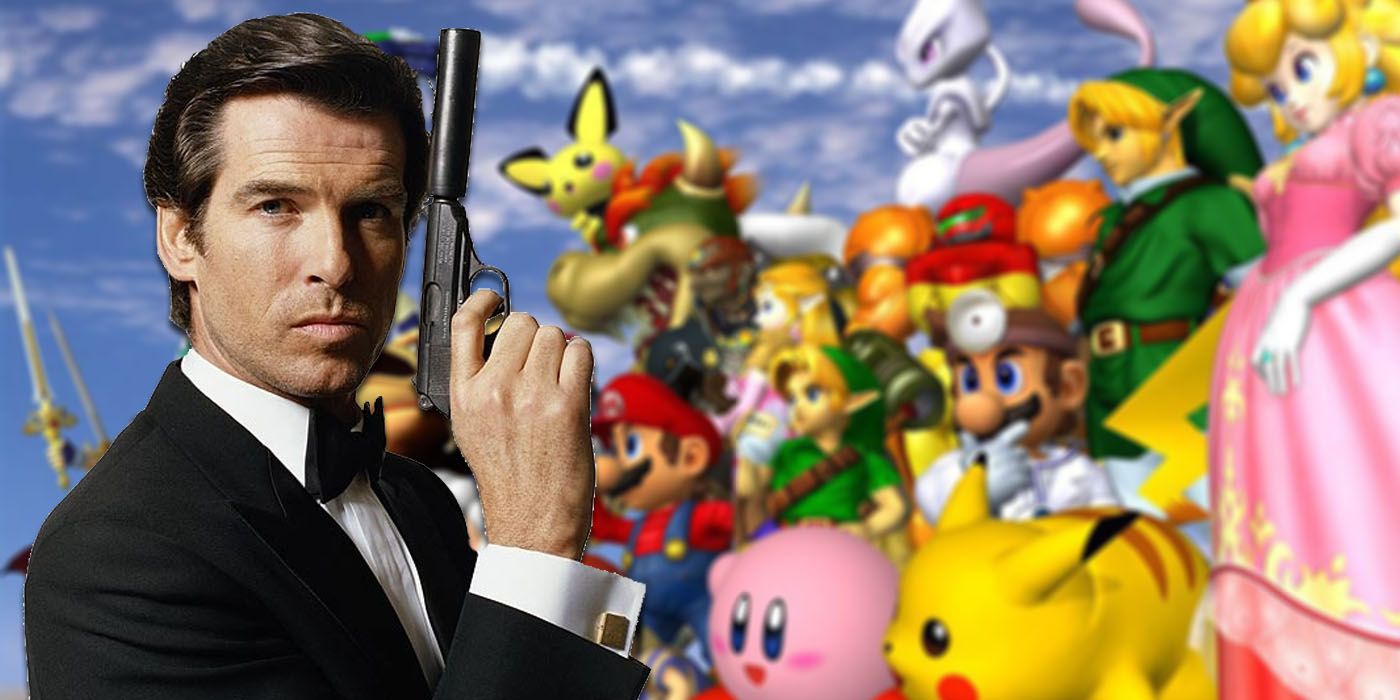 The main appeal of the Super Smash Bros. franchise has always been the thrill of seeing Nintendo all-stars and gaming icons square off against one another. This has remained the case since the series debuted on the Nintendo 64 in 1999, but there has always been a clear theme for every character that has been added – their origins lie within video games. As it turns out, this philosophy could have been kiboshed in the first sequel, as James Bond was considered for inclusion in Super Smash Bros. Melee.

It's not known how far along talks about including James Bond as a possible character in Melee were conducted for during development. Still, it's clear that the MI6 operative was only in contention given the success of GoldenEye 007 on the Nintendo 64. While that is a promising first step for the spy, there were several things that ultimately prevented the crossover from happening.

During a segment on Smash Dojo (via SourceGaming), there was some clarity shed on characters that players may have felt were missing from the fray. Leading off with information regarding the exclusion of Rare's Banjo and Kazooie in Super Smash Bros. Melee in an earlier segment, the rationale behind why James Bond didn't make the cut followed:

“Showing realistic guns = no good! Character uses an actor’s likeness = no good! Since the original game is based on a movie, getting those rights = no good! He’s Rare’s property = no good! Blocked on all fronts.”

What the website failed to cover is that the studio Rare was actually sold off to Microsoft leading up to the launch of Super Smash Bros. Melee on the Nintendo Gamecube. This saw to it that the joint-ownership to GoldenEye 007 and Banjo-Kazooie went with the Xbox manufacturer. Those rights issues with the game, combined with the character's use of real guns, the expense of utilizing Pierce Brosnan's likeness in a video game, and additional costs associated with licensing the James Bond IP made the fighter an unrealistic option. But with Microsoft open to working with Nintendo, it's possible James Bond could eventually find his way to a future Super Smash Bros. game.

As a result, it's not hard to imagine that GoldenEye 007's protagonist was ruled out for inclusion in Smash Bros. Melee relatively early into the development cycle. Still, the fact that he was considered (albeit presumably very briefly) is a cool bit of history for fans of the Smash Bros. franchise. Nowadays, it appears as if there are workarounds to weapons in fighting games with the ESRB, as Metal Gear Solid's Snake is featured in Super Smash Bros. Ultimate – the latest entry in the series for Nintendo Switch. Based on reports, he won't be the only "M for Mature" character utilizing weapons in-game either, as Doom Guy is said to be DLC for Super Smash Bros. Ultimate as well.