« Star Trek Movies & TV: What The Franchise’s Future Looks Like
Friends: 25 Things That Make No Sense About Ross’ Relationships » 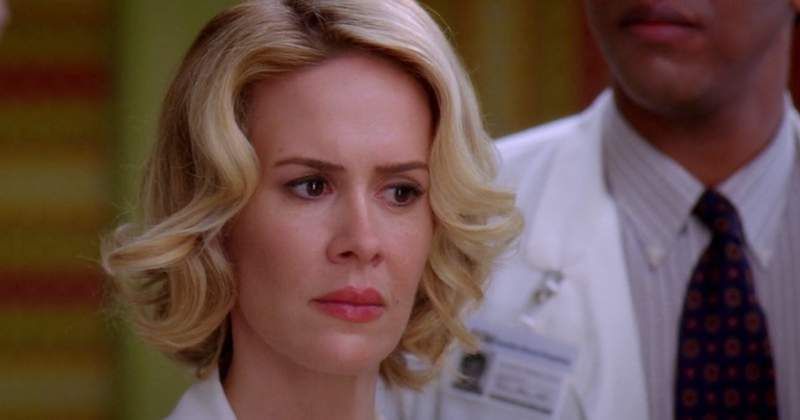 As of 2019, Grey’s Anatomy has been on for 14 years and 15 seasons. The show will probably be going on for another few years as Ellen Pompeo has claimed it will only end when she leaves the show. From 2005 to 2009, Grey’s Anatomy was the king of drama and its ratings clocked in big time.

Due to its popularity, the show has had several A-list actors appear in a variety of roles. A sizable portion of these one-time appearances were even made when these actors weren’t as popular as they are now, while the rest were already huge names. Here are 10 of the most famous cameos from Grey’s Anatomy.

Bagging an Oscar-winning actor is a big deal for any show, but Grey’s Anatomy brought in one of the big guns by casting Faye Dunaway. She played Dr. Campbell, a gifted doctor going on into her older years.

Dunaway’s character was meant to symbolize an older version of Cristina; someone who put her career before everything else and didn’t know when to quit. She was there for just the one episode but had a big impact by inadvertently teaching valuable life lessons to both Cristina and Owen.

Weirdly enough, Abigail Breslin isn’t as much of a big deal now as she was back when she was hot on the heels of an Oscar nomination from Little Miss Sunshine. Her appearance brought about an unusual happening of a child actor bringing in significant star power.

The character she played was of a child who could feel no pain. To her credit, Abigail did a phenomenal job of a little girl whose “superpower” meant she had no trepidation during days of youth.

Before she was turning heads on The Handmaiden’s Tale and winning awards left and right, Elisabeth Moss appeared in a season three episode of Grey’s Anatomy. Her role was hardly a standout; in retrospect, however, viewers will want to get a closer look at her performance given her new stardom.

Her character was of a young woman who was fiercely protective of her mother. Like most of Grey’s Anatomy tragedies, her character’s mother passed away in the same episode, leaving her devastated.

According to TV doctor years, Sarah Chalke had clocked in nine years of experience already from her days on Scrubs before she showed up on Grey’s Anatomy. This appearance would bring back a lot of fond memories of her days as Dr. Elliot Reid, and you’d expect her to know all the Doctor lingo herself during the episode.

Sarah played a mother wracked with worry over the condition of her son, who was severely sick but was continually diagnosed as perfectly healthy. The episode highlighted how well Sarah could do drama.

Doris Roberts had a history of playing a nasty old lady from Everybody Loves Raymond and channeled back to those days when playing another piece of work on Grey’s Anatomy. Her performance was without a doubt superb, but few felt bad for Gladys Pulcher when she passed away.

The story had to do with Gladys being a wealthy person on her deathbed, and Alex wanting to snag a large sum from her before she passed as a charity donation. The plot wasn’t all that memorable, but the Emmy-winning Roberts was a big score for the show.

Speaking of Emmy-winners, we now look over at another multi-time winner along with an Oscar nominee. Laurie Metcalf, known to younger viewers as Sheldon’s mom in The Big Bang Theory, appeared on Grey’s Anatomy playing another motherly figure.

This time around, her character wasn’t comedic; instead, it was a much more solemn role where her character was on her last breath. She would refuse to tell her daughter her time was up throughout the episode, before giving in to her fate and informing her daughter of the impending death.

You most likely didn’t recognize this kid, but he’s one of the hottest young talents out there right now due to Dylan’s role in 13 Reasons Why. Since he’s just 22 years old now, his appearance in a 2007 episode would hardly have met with significant buzz.

He had a unique appearance on the show as a young boy with a condition that resulted in him having no ears. Dylan’s used to playing troubled young persons as seen in 13 Reasons Why, but this was his first challenging role.

Demi Lovato’s had her fair share of medical problems over the course of her life, and perhaps this was the reason why she wanted to play a patient on Grey’s Anatomy. She was already a big star thanks to her role on Sonny with a Chance, but this angle was hardly played for laughs.

Her storyline dealt with diagnosing her with the wrong condition of schizophrenia and the story brought Alex and Lexie together. Her performance was nothing like her Disney Channel gigs, which can only be a good thing.

RELATED: 25 Things Wrong With Mark Sloan We All Choose To Ignore

Sarah Paulson has been in the game of acting for a long time but it has only been recently—mainly thanks to American Horror Story—that she has tasted huge success. During the time she wasn’t so well-known, Sarah appeared on Grey’s Anatomy in a very pivotal role.

Playing the younger version of Ellis Grey, Sarah was never supposed to steal the spotlight to her playing the part; an insight into Ellis’ early life was the real source of intrigue for viewers. Now, people will mainly watch it for Sarah instead.

Before her insane popularity from Stranger Things, Millie Bobby Brown played a very impressive role on Grey’s Anatomy as an 11-year-old girl who saved the life of her mother through messages relayed by Owen on the phone.

An earthquake had hit where she lived and the little girl’s mother had ceased breathing; with no way out, the child would call the hospital and follow through instructions. It was a challenging part but Millie did an excellent job with it. No wonder she bagged the main role just a few years later on Stranger Things

This entry was posted by Screen Rant on January 13, 2019 at 10:01 am, and is filed under TV News. Follow any responses to this post through RSS 2.0. You can skip to the end and leave a response. Pinging is currently not allowed.