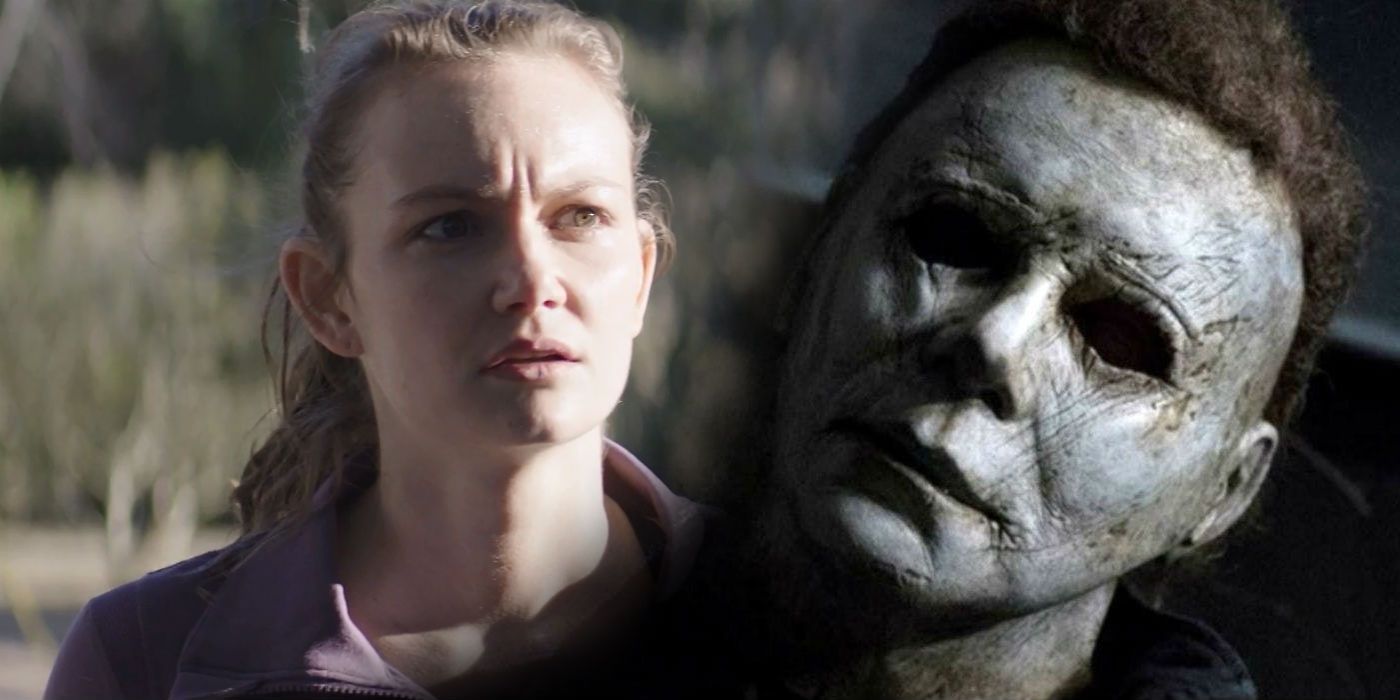 A deleted scene from the 2018 reboot of Halloween shows just how awful Michael Myers can be - killing helpless animals as well as helpless teenagers. Following the release of Rob Zombie’s Halloween II in 2009, the series soon found itself in development hell. Zombie's sequel received mixed reviews and wasn’t as big a hit as his 2007 remake, and while a third movie dubbed Halloween 3D was soon put in development, it was eventually cancelled.

Another sequel called Halloween Returns was due to start production in late 2015 and would have acted as a direct sequel to the first two Halloween movies only. That’s when horror heavyweight Blumhouse Productions swooped in to take over, and they made sure the movie was something special to celebrate the series’ 40th anniversary. They hired David Gordon Green to direct and brought back Jamie Lee Curtis as Laurie Strode and series creator John Carpenter as creative consultant and composer.

Related: Halloween Director Reveal The ‘Haunting’ Death He Had To Include

Halloween once again hit the reset switch, choosing to ignore every other sequel and only acknowledge the 1978 original. While this was somewhat controversial among the fanbase, it proved to be the right decision, with the movie earning solid reviews and becoming a big hit. A number of scenes were trimmed from the final cut, with io9 sharing a disturbing deleted scene where Allyson sees the body of a dog hanging from a tree while jogging. This scene takes place shortly after Michael escapes from the asylum bus and he’s briefly seen watching from a distance.

It’s a creepy little scene and one that calls back to Michael killing a dog in the original Halloween. That said, the story doesn’t really miss it, so it was probably a wise cut. Halloween’s home release comes with a number of deleted scenes, with another explaining what happens to Allyson’s boyfriend Cameron after their fight. Curiously, the extras don’t include the original ending that was shot where Laurie has a knife fight with Michael outside her home.

A sequel to Halloween is a given after the movie’s huge success, with co-writer Danny McBride recently confirming talks are already underway. The movie seems to have kickstarted new movies for many other iconic slasher villains too. Jordan Peele is producing a sequel to Candyman, and while the rights to Friday The 13th are still embroiled in a complicated lawsuit, LeBron James is reportedly in discussions to produce a reboot.