« Every Villain In Spider-Man: Far From Home
How Long Until The Punisher Is Canceled? »

Highlander Movie Reboot May Become A TV Show Instead 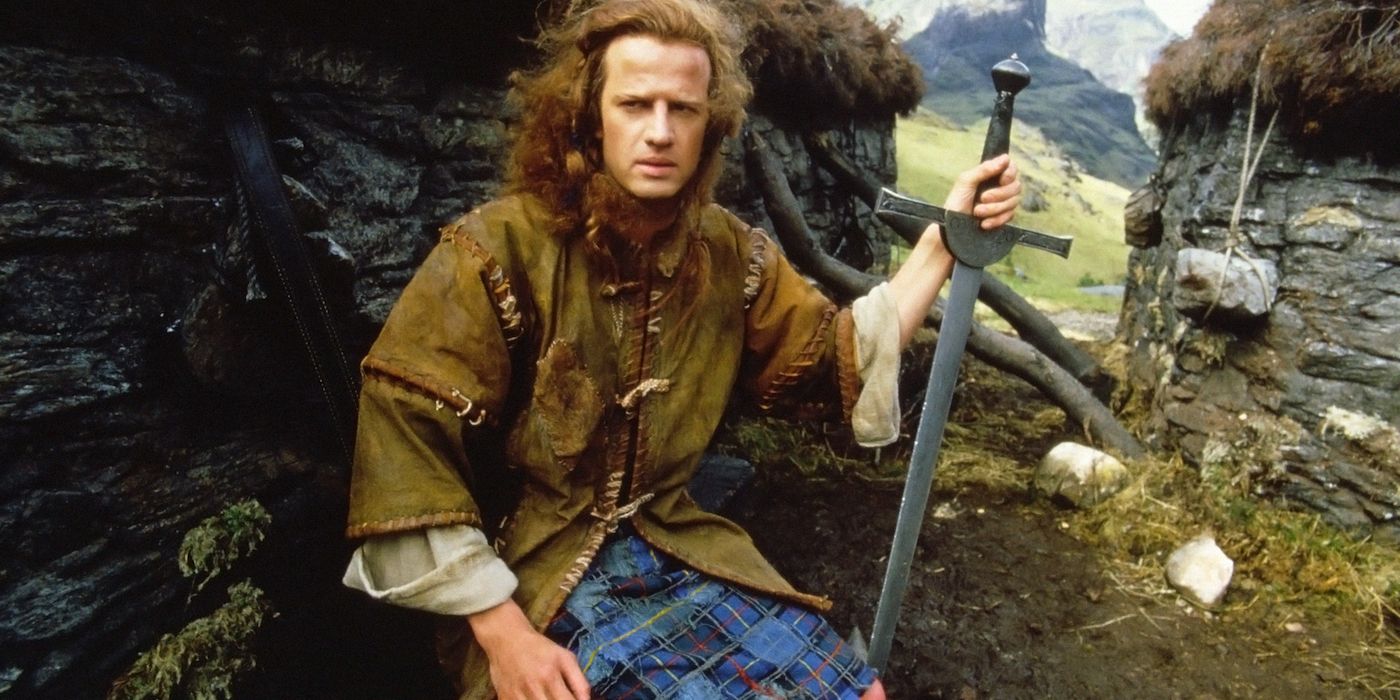 Director Chad Stahelski thinks his planned movie reboot of Highlander could morph into a TV show instead. The original Highlander starred Christopher Lambert as Connor MacLeod, an immortal warrior who has spent centuries battling with members of his own kind in hopes of claiming the mysterious Prize, which is granted to the last immortal standing. While the film wasn’t a success in America, it did great business overseas thanks to its inventive mythology, colorful action scenes and the soundtrack by Queen. Highlander later became a cult hit in the U.S thanks to VHS and TV viewings, leading to a sequel five years later.

Unfortunately, the ending of the original left no real room for follow-ups, since all the other immortals were defeated and MacLeod won the Prize. The screenwriter behind Highlander II: The Quickening tried to explain the immortals were actually aliens exiled to Earth, and when a former enemy comes to gain revenge on MacLeod, the game starts again. The sequel is regarded as one of the worst movies ever made, with a nonsensical storyline that completely contradicts the original. The sequels would arguably get worse from there, with each follow-up ignoring the events of the previous movie. The movie franchise came to an ignorable end with 2007’s straight to DVD Highlander: The Source, long after even Christopher Lambert had exited.

A remake of Highlander has been stuck in development hell for some time, with Ryan Reynolds once attached as star. Now current director Chad Stahelski has revealed to Collider his ambitious plans for the project may not fit into a movie.

It’s a good property. It’s got a lot of potential. We’re just trying to figure out the best way not to f*** it up. Not to try and fit it into a 1 hour, 45-minute movie, which, when your pitch is, ‘There can be only one,’ and in your first movie you kill everybody but the one, sequels have a problem of happening. So we’re trying to design in a way that gives us a little more lead in, a little more time with the mythology and see some of the best characters.

To that end, he feels a new Highlander TV show could be a better fit.

They did seven seasons of TV, and even though the TV show may not hold up today, the idea of it and the characters they brought in were super cool. So we’re trying to devise a methodology that leads up to The Quickening. You just don’t end with a one-on-one battle in New York, cut off a guy’s head, and that’s it. We want to do this in such a way that it becomes more of a series whether it’s short form or long form that would let us explore that in the best way. I have a huge, heartfelt love and respect for the project, so we’re trying to find the best way to do it to give fans what they want.

While the movie sequels are widely hated by the fanbase, they have much more affection for the 1990s Highlander TV series. This show starred Adrian Paul as Duncan MacLeod, a clansman of Connor, with Lambert even making an appearance in the pilot to pass the torch. The series would end up running for six seasons, which allowed it to really flesh out and expand on the concept. It seems Stahelski is thinking the same, as having an immortal lead character opens up a lot of potential storylines that could be difficult to squeeze into one movie.

The first Highlander was made with no sequels in mind, which is why it ends on such a definite note. While a trilogy of movies would allow the filmmakers to plan a complete story arc, there’s also no guarantee of sequels being made. A season of a TV show, on the other hand, would allow time to flesh out the characters and mythology. Stahelski has also stated he wants to reinvent cinematic sword fighting, just like he did with gunplay in the John Wick movies. Since he has a lead character with over five centuries of fighting experience, that should allow for some creative action scenes.