How Long Until The Punisher Is Canceled? 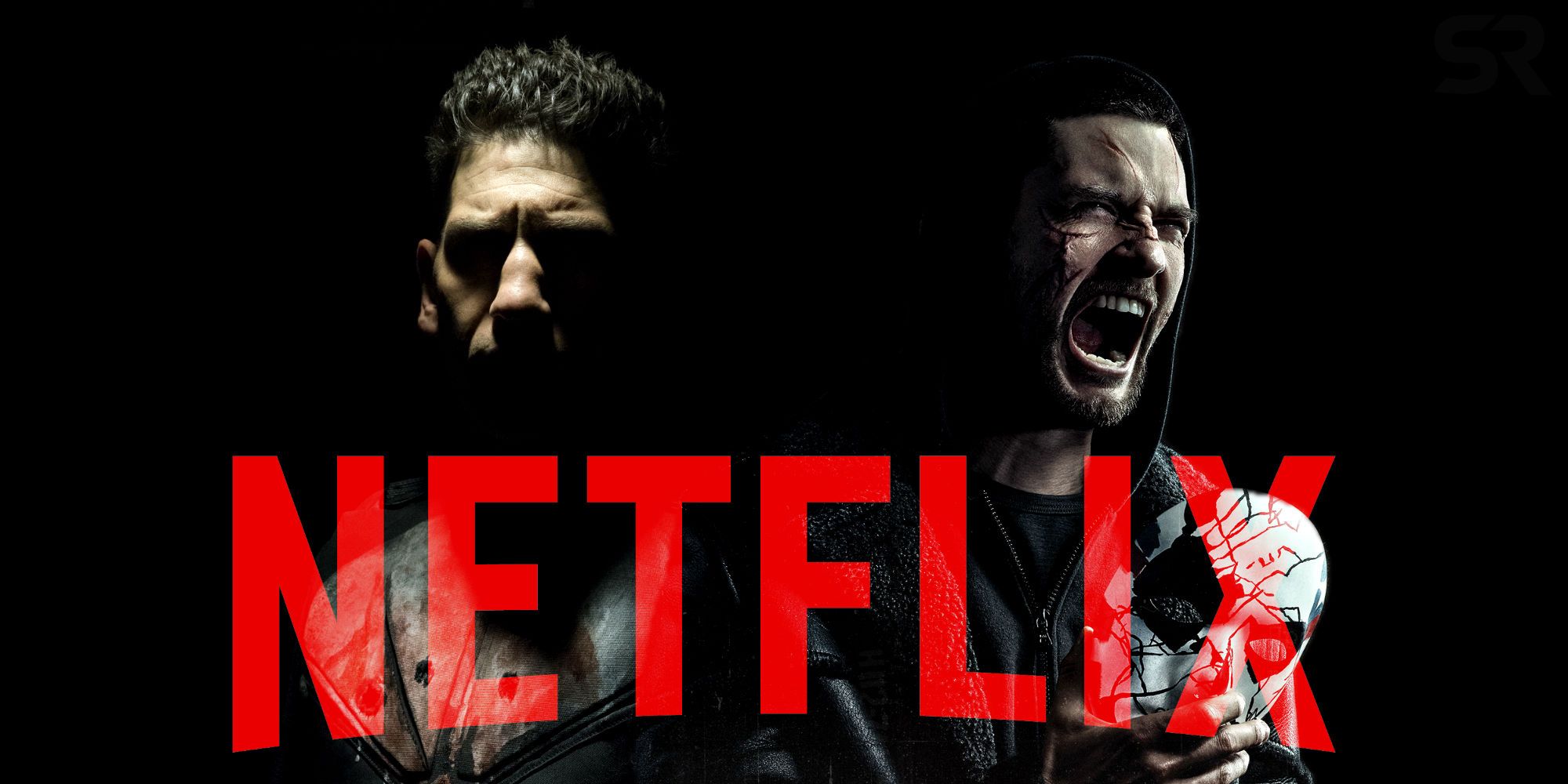 With Netflix axing the majority of its Marvel slate, we predict when The Punisher will be canceled. The Punisher wasn't originally part of the deal between Marvel TV and Netflix that ultimately led to the streaming service creating its own corner of the Marvel Cinematic Universe. Netflix launched their New York City-based Marvel shows in 2015 with Daredevil, expanding to include solo series Jessica Jones, Luke Cage and Iron Fist - with the four heroes then teaming up for The Defenders. The Punisher was ordered as a spinoff from Daredevil season 2, where Frank Castle (Jon Bernthal) was introduced as a kind of antagonist to the titular hero.

However, ever since The Defenders, Netflix's Marvel universe seemingly hasn't had much direction, and in 2018, the streaming service released new seasons of each of their four original shows - the most they'd ever released in a year. Netflix's corner of the MCU hit a major turning point in 2018, with the streaming service deciding to cancel most of its Marvel slate. The Defenders was quietly discontinued, Iron Fist was canceled; a week later, Netflix axed Luke Cage. Then, shortly after its third season released, Netflix canceled Daredevil. Ever since, the question hasn't been whether Netflix will cancel The Punisher and Jessica Jones, but how long until the streaming company does so.

With the recent release of The Punisher season 2, fans are now preparing themselves for its seemingly inevitable cancellation - but when will that annoucement arrive? Based on the cancellations of past Marvel Netflix shows (with the exception of The Defenders because it was never officially canceled), it takes the streaming service a little more than a month after the release of the latest season to come to a decision. Iron Fist season 2 debuted on Sept. 7 and was canceled on Oct. 12; Daredevil season 3 debuted on Oct. 19 and was canceled on Nov. 29. The outlier is Luke Cage, which debuted its second season on June 22 and was cancelled on Oct. 19. Put together, these dates indicate The Punisher may be canceled by the end of February, or early March at the latest.

Of course, this estimate is predicated on the idea that Netflix is essentially cleaning house of its Marvel shows. While that seems to be the case of the series created under their original deal with Marvel, since The Punisher is a spinoff, it may be a little different. Perhaps because of that, The Punisher has more chances of being renewed rather than cancelled. But more likely, it has nothing to do with the original deal and more to do with the way Netflix's content strategy has changed. When Marvel and Netflix struck that deal, Netflix was looking for buzzworthy original content that would draw in subscribers, no matter the cost. Now, we've seen Netflix tighten their belts a little, cutting their expensive shows that don't draw enough viewers to justify those high production costs. Although the Marvel shows aren't as expensive as a Marvel Studios movie, they're likely much more expensive to produce than Netflix's other originals.

Further, if the viewership of Netflix's Marvel shows has been diminishing since their earlier seasons, it makes sense for the streaming service to cancel them. If they're expensive and aren't drawing in viewers, Netflix has little to gain by keeping the series going - hence the cancellations. If Netflix decides to keep cleaning house of their Marvel series, The Punisher will likely be next. And if we look at the pattern of previous cancellations, Netflix will likely announce The Punisher is canceled by late February or early March.

Next: What To Expect From The Punisher Season 3

The Punisher seasons 1 and 2 are available to stream on Netflix.