How To Reboot Friday the 13th, According To Halloween 2018’s Producer 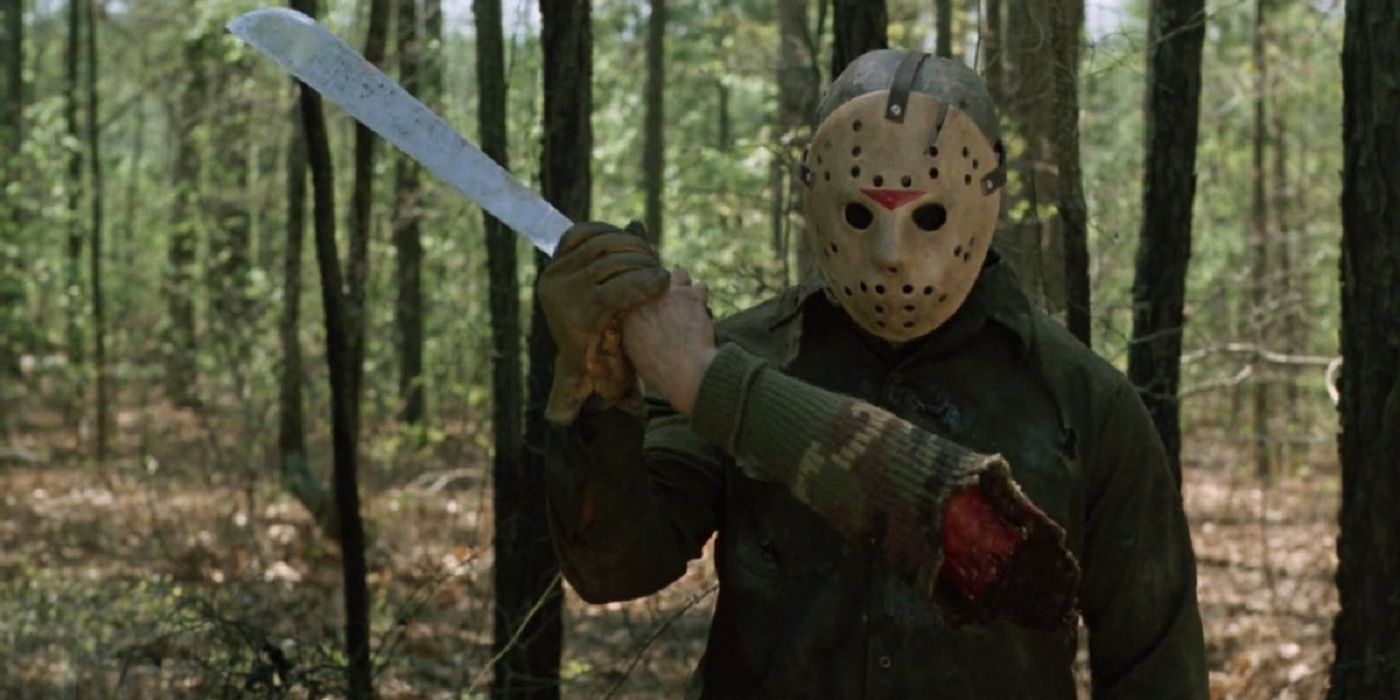 In an exclusive chat, Halloween (2018) producer Ryan Turek muses on what a Friday The 13th reboot could look like. While it’s not quite as messy as rival franchise Halloween, the timeline of Friday The 13th is somewhat twisty. The original movie was a murder mystery that revealed the killer was Pamela Voorhees, who is driven to kill out of grief for her son Jason, who drowned when camp counselors failed to save him. Friday The 13th was a tiny budget horror film that became a surprise smash so a sequel was quickly greelit - the only issue was that Pamela was very dead. The solution Friday The 13th Part 2 came up with was to reveal Jason was still alive and grown up, which made little sense.

Nonetheless, Jason soon became the icon of the series, especially when he gained his hockey mask in the third movie. Jason was killed in the fourth entry by young Tommy Jarvis, and the next sequel Friday The 13th: A New Beginning controversially replaced Jason with a copycat. The movie's ending was intended to set up Tommy as the franchise’s next killer, but after it received poor reviews, Jason was resurrected for part six. Later entries would find Jason in various locations like New York and outer space before the series was rebooted with 2009’s Friday The 13th.

Related: Why Friday The 13th's Reboot Keeps Getting Cancelled

Despite Friday The 13th being a big hit a direct sequel failed to happen, and various reboots have been developed and cancelled in the years since. In 2019 it will be a full decade since Jason last stalked the big screen, and during a chat with Screen Rant, Halloween producer Ryan Turek gave his thoughts on what a reboot could look like.

That's a tricky one as well. I'm in the minority when it comes to Friday the 13th 2009, I think. I think that is a terrific mixtape of all Friday the 13th films. You know, where it kind of embraces 1 and 3 and some of the other favorites. How do you do Friday the 13th? I don't know man, it would take a little bit of a conversation but for us, at Blumhouse, what it's really about is finding that director or writer/director - that creative team that just has a brilliant idea. I would love to see the return of Tommy Jarvis, but that's just my own fan wish. Because that was a great trilogy - 4, 5, and 6. I'm the biggest fan of 6 there can be. Tommy's the staple of the Friday franchise. Someone will get it at some point and hopefully deliver the goods.

A Friday The 13th reboot was due to start filming in 2017 but was canned six weeks before production. Paramount lost faith in the project following the box office disappointment of Rings and felt horror was a cold genre. Of course, by the end of the year movies like IT and Get Out proved horror was stronger than ever. While the success of Halloween will likely encourage further slasher reboots, a messy lawsuit will likely prevent another Friday The 13th happening anytime soon. The original film’s screenwriter Victor Miller filed a lawsuit to regain the rights to his script, and until that’s settled in court, no new movies will happen.

The next Friday The 13th will also be the 13th entry of the series, so whatever form it takes, a new movie would need to be something special. As Turek suggests, a return by fan-favorite Tommy Jarvis would be an interesting route to take, but it all comes down to a filmmaker with a strong pitch. Intriguingly, it was reported in October 2018 that LeBron James - who is a big fan of the series - was in talks to produce a reboot through his Springhill Entertainment banner, though nothing has been heard since.