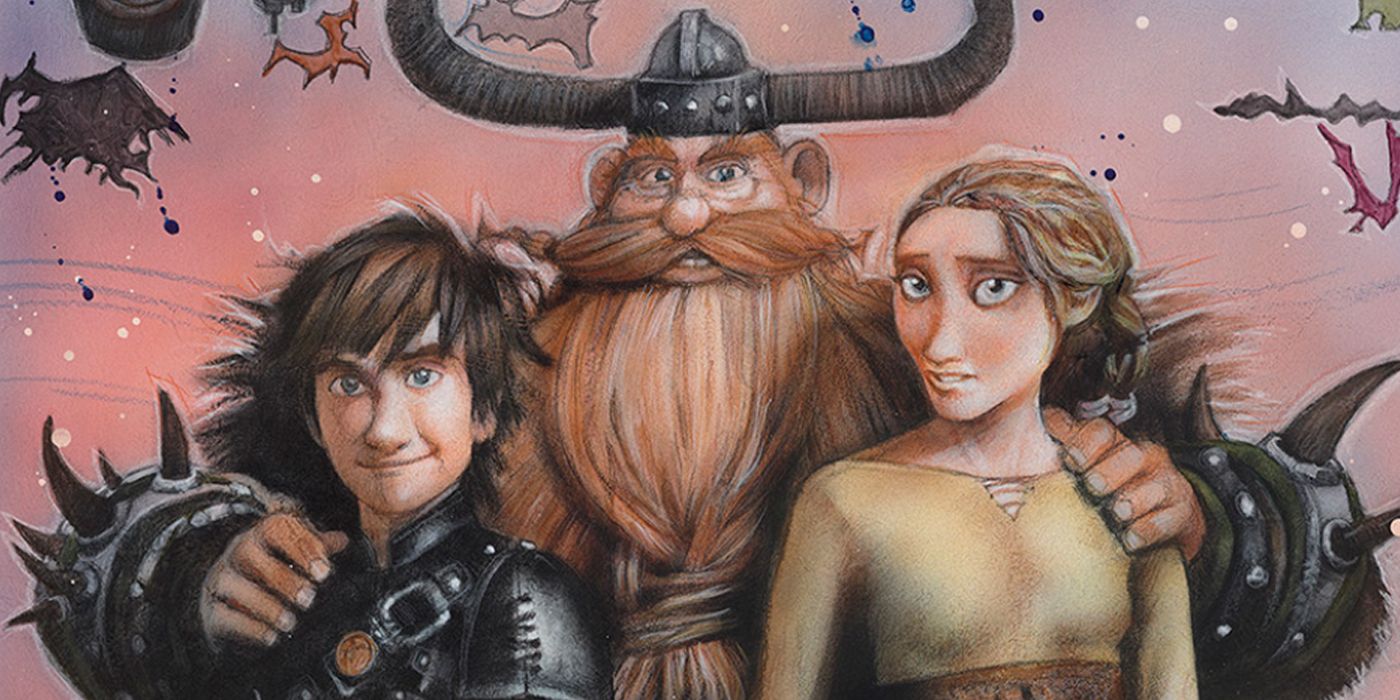 DreamWorks launched the animated franchise in 2010, which followed a kid named Hiccup (voiced by Jay Baruchel) discovering a dreaded Night Fury dragon. Hiccup befriended the animal, naming it Toothless, and trained it to follow his every command. Together, the unlikely pairing of Hiccup and Toothless have become the saviors of their village Berk, defending them from several threats. How to Train Your Dragon 2 showed them successfully fending off the villainous Drago and his dragon army, with Hiccup becoming the chief of Berk as a result of their victory and the death of his father. It set the stage for any future stories to be incredibly different, and How to Train Your Dragon: The Hidden World is positioned to do just that. The early reviews point to the trilogy ending on a high note, and now the marketing may do so as well.

Related: All the Movie Franchises Ending in 2019

Fandango announced that legendary artist Drew Struzan has come out of retirement to give How to Train Your Dragon his special touch. He is famous for making iconic posters for Star Wars, Indiana Jones, and Back to the Future (to name a few), and his latest work is nothing short of spectacular.

The release of these three posters comes as Fandango also announced some early screenings for How to Train Your Dragon: The Hidden World. With the positive buzz already building, fans of the franchise now have the opportunity to see the film three weeks early for a one-time special screening on February 2nd. These screenings are happening nationwide at over 1,000 participating locations. Unfortunately, there is currently no word on whether or not these Struzan posters will be made available for purchase.

With How to Train Your Dragon: The Hidden World set to wrap up the trilogy, it will have the opportunity to cement the entire franchise as one of the best animated trilogies of all-time. Dean DeBlois once again wrote and directed the final chapter, just as he did on the previous two entries. The regulars among the voice cast like America Ferrera, Kristen Wiig, Jonah Hill, and Christopher Mintz-Plasse are all returning, as are Gerald Butler, Cate Blanchett, and Kit Harrington. The consistency and continuity of the the trilogy is outstanding, and with the franchise able to pull Struzen out of retirement for a few new designs, hopefully the final product that is How to Train Your Dragon: The Hidden World lives up to the hype.