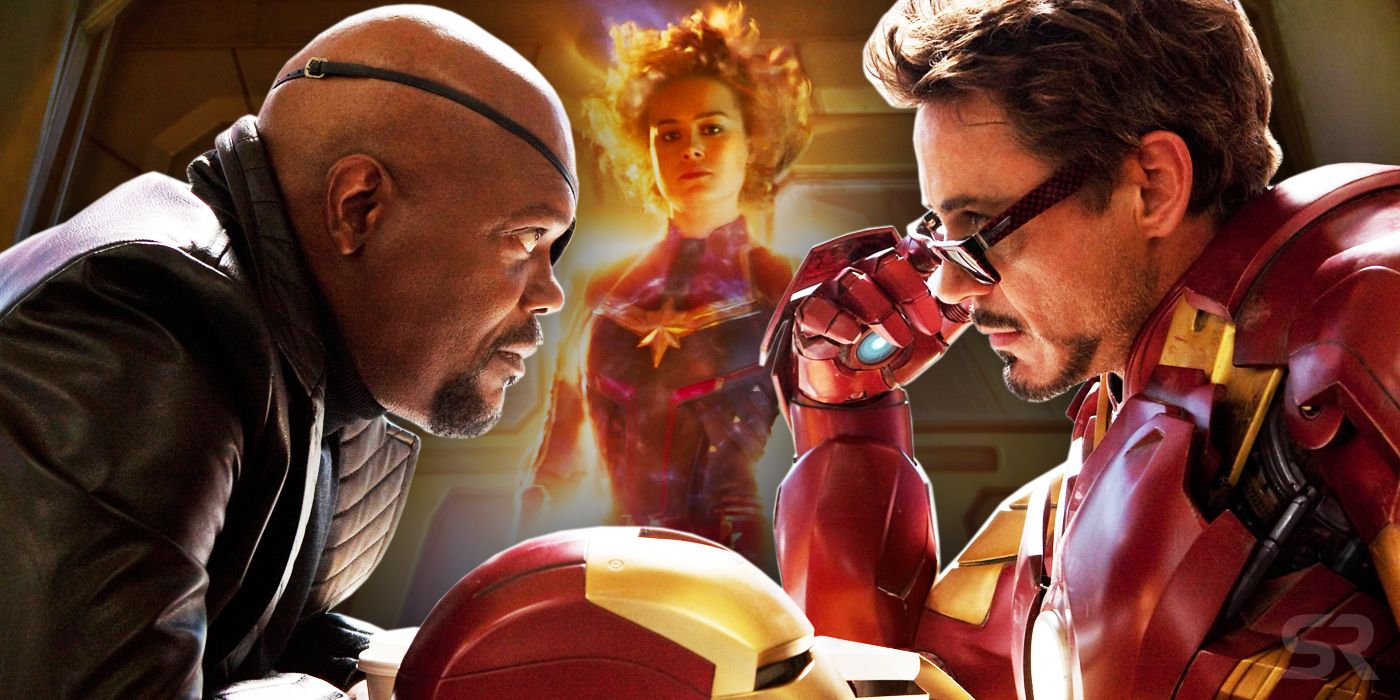 Iron Man 2 creates a major continuity problem for Captain Marvel. The upcoming superhero blockbuster is essentially a prequel for the entire MCU, and also serves as a backdoor origin story for Samuel L. Jackson's Nick Fury and Clark Gregg's Agent Coulson. As such, there's real concern that the film could contradict established continuity.

According to Captain Marvel, back in 1995 Nick Fury was a low-ranking S.H.I.E.L.D. officer, consigned to desk duty and on the verge of giving up and launching a new career. Fury's encounter with Captain Marvel led him to realize he could make a difference to the world, and he was inspired to climb the ranks of S.H.I.E.L.D.; Carol Danvers was pretty much the inspiration for the Avengers Initiative, explaining why Fury was willing to put so much trust in a band of superheroes. On the surface, setting this origin story back in 1995 is a smart move on Marvel's part; it's long enough ago to avoid overt continuity problems. Unfortunately, the inclusion of Nick Fury may turn out to be a mistake.

Several key elements of Nick Fury's MCU backstory have already been established. The most problematic for Captain Marvel is dialogue from Iron Man 2, in which Fury revealed he used to work with Howard Stark. "He said that you were the only person with the means and knowledge to finish what he started," Fury explained, speaking of the new element Howard had been working on decades ago. A bitter and dejected Tony was shaken by this, and observed, "You’re talking about a guy whose happiest day was when he shipped me off to boarding school." Fury, however, insisted that wasn't true - and that he knew Howard, one of the founding members of S.H.I.E.L.D., better than Tony ever did. It was a pretty effective bombshell in 2010 given Tony doesn't appear to have even known his dad used to work with S.H.I.E.L.D. in the first place.

But here's the catch; Howard Stark died in 1991, roughly four years before the events of Captain Marvel. That means Nick Fury was still only a low-ranking S.H.I.E.L.D. agent at the time Howard was assassinated by the Winter Soldier. So why would he have ever crossed paths with one of S.H.I.E.L.D.'s highest-ranking scientists, let alone worked with him as closely as Fury implied? Why would Howard have been confiding his hopes and dreams about his son to a random S.H.I.E.L.D. desk jockey? It simply doesn't make any sense.

That's the problem with Captain Marvel as a key piece of the MCU continuity; at heart, the movie is one big retcon. And retcons have the potential to contradict the established timeline in unexpected ways. In the case of Nick Fury, Marvel's premiere super-spy is already a well-established part of the MCU, and his backstory has been discussed a lot more than Marvel would perhaps like to admit. The studio probably isn't too concerned about the fact Captain Marvel already contradicts tie-in comics that show him having lost an eye as early as the 1980s; but this continuity issue is with another film.

How can it all be resolved? The most obvious solution, of course, is that Nick Fury was lying when he told Tony Stark he knew his dad. Perhaps the closest Fury ever really got to Howard Stark was reading his journals and watching his videos, but he felt that wouldn't be enough to push Tony's buttons and get him back to work.

This isn't the first continuity problem raised by Captain Marvel - the film has already put into question backstory from Captain America: The Winter Soldier and Thor's motivation for the Avengers - and they all hinge on Fury being economical with the truth in the decades since. Hopefully, Ryan Fleck and Anna Boden will have a way to tie it all together without much continuity muddling when Captain Marvel releases.

Next: Captain Marvel: Every Update You Need To Know