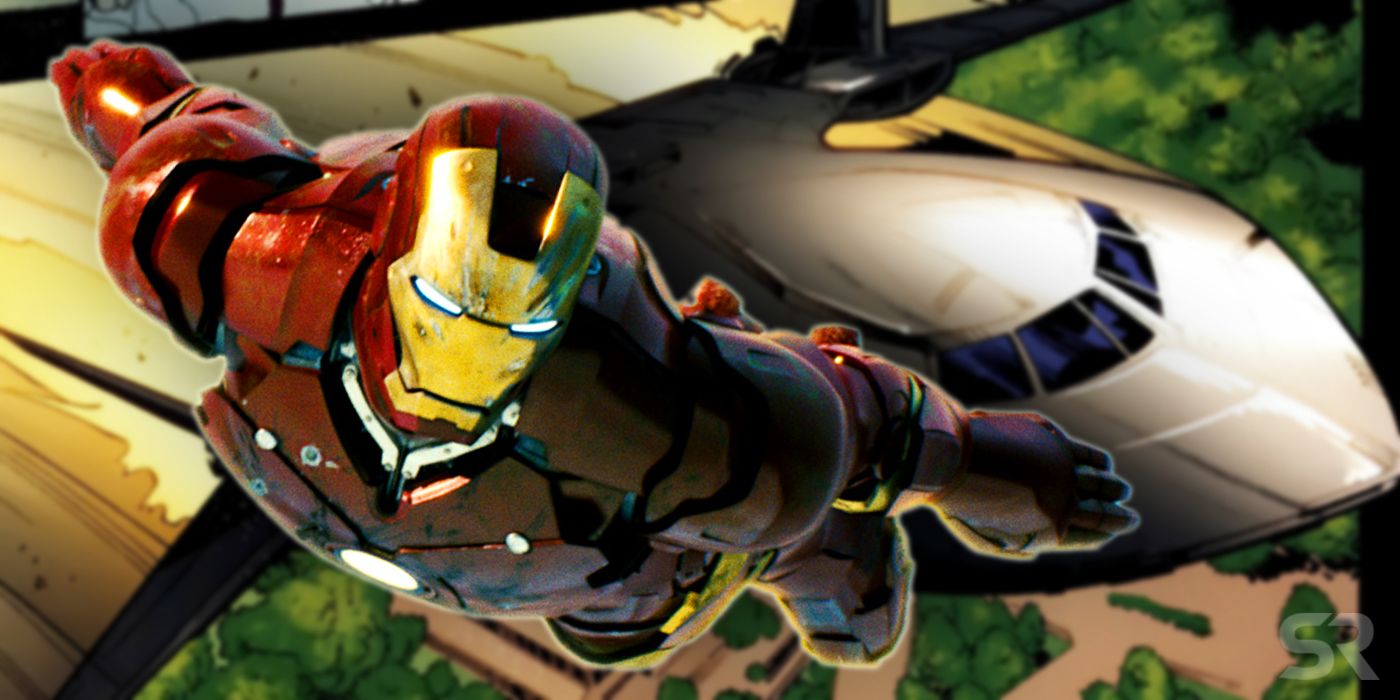 Iron Man had the first X-Men Easter egg in the entire Marvel Cinematic Universe. It now looks as though it's only a matter of time before the X-Men enter the Marvel Cinematic Universe; the Disney/Fox acquisition is awaiting approval from a handful of international regulators. Once that's done, Disney CEO Bob Iger has already confirmed that the film rights to both the X-Men and the Fantastic Four will return to Marvel Studios.

Naturally, there's intense excitement about just how Marvel will add the X-Men into their shared cinematic universe. There's been a lot of discussion about whether previous ideas - Scarlet Witch prime among them - will be retconned to pre-introduce the Merry Mutants. However, that ignores the very first X-Men Easter egg was dropped into the MCU all the way back in 2008 - in the very first Iron Man film.

Related: Iron Man Has Never Won A Battle On His Own Before Avengers: Endgame

When Tony takes the Iron Man suit for its first test flight, he insists that sometimes you have to run before you can walk. To that end, he uses the Mark II armor to break the altitude record for fixed-wing flight 85,000 feet. This ultimately leads to him discovering an icing problem with the suit - something that comes in useful when fighting Obidiah Stane in the finale - but also serves as the X-Men nod: the reference point for the altitude record is the SR-71 Blackbird, best known to comic fans as the X-Jet!

It's important to note that, in addition to X-Men context, Iron Man is one hundred percent accurate in this comment. The SR-71 Blackbird's record really is 85,000 feet, although scientists maintain it could fly even higher, possibly even reaching 100,000 feet or more. The fact Tony Stark instinctively knows which military-grade jet holds the record is an indication of just how good he is at his job as a weapons and technology developer; but, to be fair, he'd surely be familiar with the Blackbird, which has broken a lot of records. To give a sense of the SR-71's speed, on its retirement flight from Los Angeles to Washington in 1990, to its final resting place in the Smithsonian Air & Space collection, the plane flew coast to coast in just 67 minutes.

In the comics, the SR-71 Blackbird has traditionally been associated with the X-Men. It was first seen in the comics back in Uncanny X-Men #104, in April 1977, and has been a mainstay in the X-Men franchise ever since. The plane has appeared in pretty much every X-Men adaptation, from the various animated series to the Fox movies. In the real world, the Blackbird was the pioneer of stealth, designed to avoid reflecting radar signals; it typically appeared on radar as bigger than a bird, but smaller than a man. The comics saw the X-Men's Blackbirds upgraded by the mutant inventor Forge, who improved on the stealth capabilities by installing alien cloaking technology and sonic dampeners. While it's unknown exactly what technology the X-Men have incorporated into their SR-71s in the X-Men movies, theirs were certainly boosted in many ways; in Deadpool, one of the Blackbirds demonstrated vertical take-off and landing (VTOL) capabilities, not something the real version could do.

There's room for debate whether this Iron Man/X-Men easter egg was a push for real-world accuracy from director Jon Favreau or a knowing wink from the emergent Marvel Studios to what was then one of the biggest superhero franchises around. They didn't have the rights to the X-Men, but the Blackbird is general enough to not have caused a conflict with Fox.

Regardless of intention, this is the best kind of Easter egg. It fits perfectly with the story of Iron Man, and makes perfect sense in terms of the overall narrative. At the same time, the mention of the SR-71 takes on a whole different meaning for anyone familiar with Marvel's comics - and will bring a smile to the face of any X-Men fan.