Is Spider-Man: Far From Home Set Before Or After Avengers: Endgame? 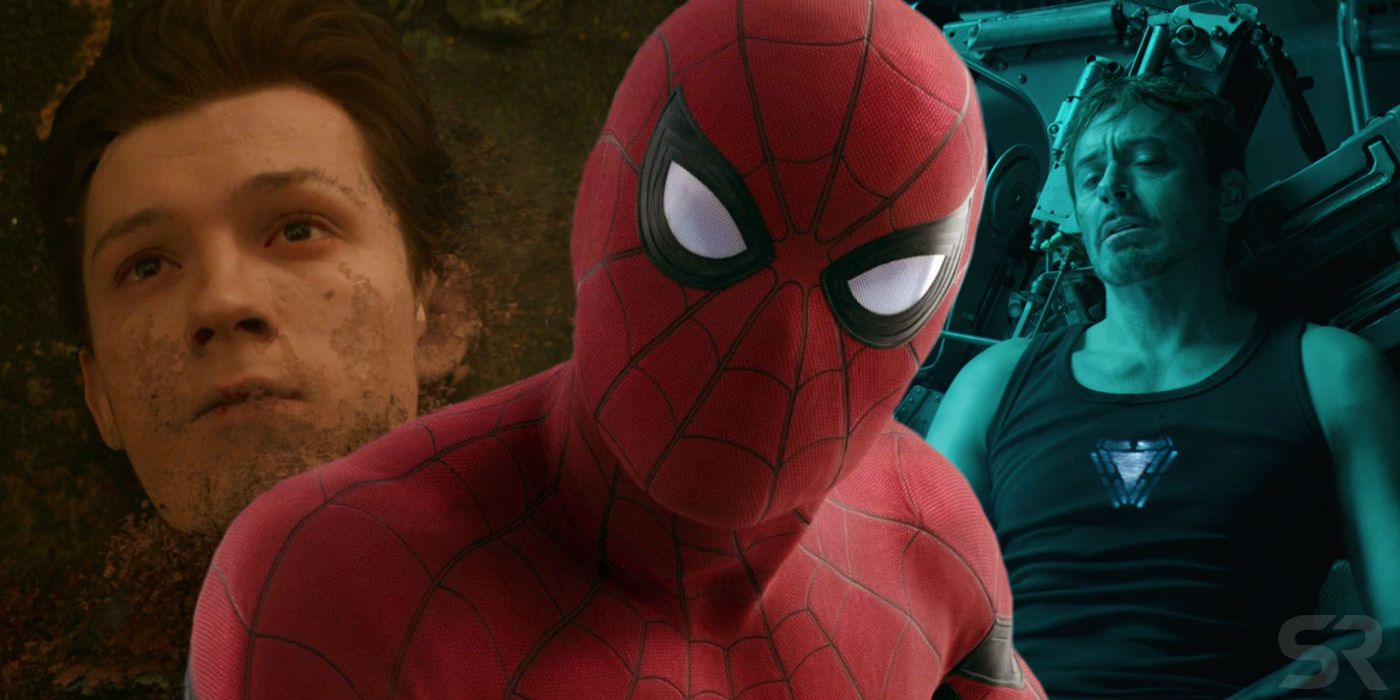 Spider-Man: Far From Home is set after the dramatic events of Avengers: Endgame. The first trailer for Spider-Man: Far From Home has finally dropped, and it's generated more than a little confusion online. That's entirely understandable; Tom Holland's Spider-Man died in last year's Avengers: Infinity War, one of countless casualties when Thanos snapped his fingers and wiped out half the life in the universe. So how is he back, and starring in a sequel solo film?

It doesn't help that the MCU timeline is getting utterly confusing, with Phase 3 abandoning any attempt at telling its story in chronological order. Most notably, Guardians of the Galaxy Vol. 2 was set back in 2014, while Captain Marvel is based in 1995. All signs say Phase 4 will follow the same approach, with reports Black Widow is a prequel and The Eternals could be set millions of years ago. Unsurprisingly, then, this has led to some speculation that Spider-Man: Far From Home could take place before the events of Avengers: Infinity War.

The million dollar question, then, is a simple one: Just when is this film set? The trailer itself is silent on this point, but  Marvel figures have already answered the question in interviews two years ago.

Marvel Said Spider-Man: Far From Home Is Set After Avengers 4

Back in 2017, while on tour promoting Spider-Man: Homecoming, Kevin Feige and Amy Pascal were both asked about the inevitable sequel - and neither held back when discussing how the timeline would work. According to Pascal, one of the producers of the Spider-Man films, Spider-Man: Far From Home "will start a few minutes after Avengers 4 wraps as a story." Marvel visionary Kevin Feige went even further, insisting this was always part of the plan.

"So much happens in [the 3rd and 4th Avengers movies], as you can imagine, and so much is affected by it that we felt what better person to hold your hand and lead you into the next incarnation of the MCU, in a grounded, realistic manner, than Peter Parker? So, coming out two months after Untitled Avengers, [that’s what] much of what the next Spider-Man film will be about.

It was purposefully done like this. Like how the events of Captain America: Civil War impacted Peter as he was dropped off by Tony and expected to go back to continue his sophomore year, how the h*** are the events of Infinity War and Untitled [Avengers] going to affect him as he, yes, goes back to his junior year?"

According to Feige, then, Spider-Man: Far From Home will explore the repercussions of both Avengers: Infinity War and Avengers: Endgame. He stressed this is a deliberate decision on Marvel's part, given the MCU will be dramatically reshaped by the events of the two Avengers films. Marvel chose Peter Parker as a character people could empathize with, and believed he was perfectly suited to introduce viewers to the post-Phase 3 MCU, which is why his movie is coming out just two months after Endgame. But how does this fit with Spider-Man's death in Avengers: Infinity War?

Avengers: Endgame Will Probably Undo Infinity War (And Will Be Released Before Spider-Man)

It's important to remember these are comic book movies, and that death rarely lasts for long; Marvel Studios already has a reputation of treating death like a revolving door. Given that's the case, it's actually quite surprising many fans are expecting the deaths at the end of Avengers: Infinity War to stick. That's especially the case when you consider which characters Marvel chose to kill off, and which they decided to keep alive. Chris Evans, Robert Downey, Jr., and Chris Hemsworth are all at the end of their Marvel contracts, but Captain America, Iron Man, and Thor are all still numbered among the living. Meanwhile, the heroes who were killed are all ones who are booked for sequels - Spider-Man himself, Black Panther, and Doctor Strange. It's not hard to deduce that the OG Avengers will sacrifice themselves to either avert or undo the snap.

It's true that makes marketing Spider-Man: Far From Home rather challenging, because - as obvious as that point may be - Marvel don't want to admit to it. The first trailer shows exactly how Marvel is going to handle it; by ignoring the problem completely. As noted, the trailer carefully avoids giving any hint as to how it fits with the Avengers films; that's particularly notable in the passport scene, where the date of issue is edited out. So it's safe to assume there won't be any spoilers in trailers, TV spots, or interviews.

Avengers: Endgame comes out a full two months before the release of Spider-Man: Far From Home. That means, by the time the next Spider-Man flick hits the big screen, everyone will already know how Peter Parker comes back. In fact, while Sony had to drop a first trailer now, in truth those last two months are when marketing will really pick up; the final campaign won't need to worry about spoilers at all. So what's the problem?

Some fans are still suggesting that Spider-Man: Far From Home could be some sort of prequel to Avengers: Infinity War. They argue that Peter and his school friends go on their field trip to Europe, and are on a bus coming back when the Black Order arrive on Earth. It's an attractive argument, but it has three problems. The first is that Spider-Man: Far From Home is clearly set in Peter's summer vacation, while Infinity War is earlier in the year. The second is that the kids on the bus aren't the same as the ones who go out to Europe. And the third is that, in Infinity War itself, Peter says they're coming back from a field trip to the Museum of Modern Art (MoMA) in midtown Manhattan. This theory simply doesn't work.

Why Marvel Is Avoiding Confirming Spider-Man: Far From Home's Timeline

All this raises an obvious question; why is Marvel avoiding confirming that Spider-Man: Far From Home is set after Avengers: Endgame? It's because the studio has settled on a secretive marketing campaign, attempting to get viewers to believe the deaths in Avengers: Infinity War will stick. Infinity War co-writer Christopher Markus insisted the deaths were real, and that viewers would have to deal with that. "The sooner you accept that, the sooner you will be able to move on to the next stage of grief." Asked how they expected Marvel to market the post-Endgame films, Markus and his co-writer Stephen McFeely seemed to admit the problem. After a brief quip about two hours of Aunt May crying, McFeely gave a simple and honest response; "We can't make movies for people who read Variety, you know what I mean?"

Interestingly enough, it's possible Marvel isn't particularly keen on releasing Spider-Man: Far From Home so soon after Avengers: Endgame. It's worth remembering Marvel doesn't actually own the film rights to Spider-Man and his associated characters, and had to strike an unprecedented deal with Sony in order to bring him into the MCU. Although the terms of that deal aren't in the public domain, a draft of it was leaked in late 2014 when Sony was hacked. That copy of the contract specified that MCU Spider-Man movies would release every two years. Spider-Man: Homecoming came out in 2017, and Spider-Man: Far From Home is dropping in 2019; it's reasonable to assume this is contractual. Of course, that doesn't mean it comes as a particular surprise to Marvel; they knew about that contract even when Markus and McFeely were writing up the scripts for the third and fourth Avengers films. They chose to take this approach regardless, and as a result they've left themselves in a rather difficult position.