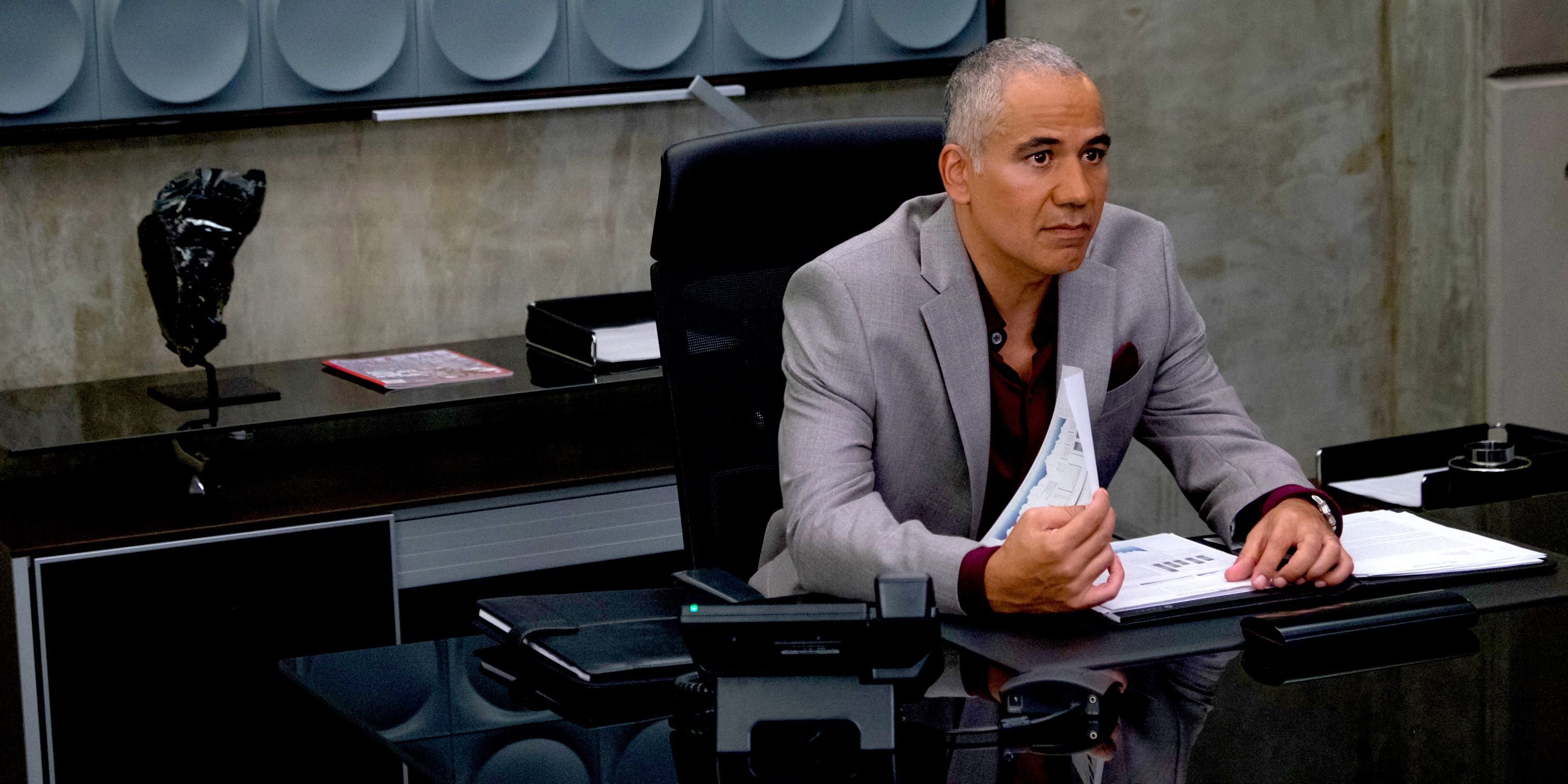 John Ortiz is a prolific actor best known for his role of Arturo Braga in The Fast & The Furious franchise.  However, he is also the co-founder of the LAByrinth Theater Company, a non-profit, Off-Broadway theater company based in New York City.  Ortiz’s most recent film is the sci-fi thriller Replicas, playing opposite Keanu Reeves. He plays Jones, the boss of Reeve’s character William Foster.

Screen Rant: John, congratulations on the film. It's been a busy time for you. Bumblebee and Replicas now. Chat me up about Jones. Who is Jones?

John Ortiz: Well, Jones is the CEO of this company, this bio lab, cutting edge technology science company, that are doing this work into DNA and neuro science world, that Keanu Reeves works for. And he's his superior. He works for him. And he's a man who's driven by business and is very focused on the bottom line. And I kind of worked in there that he's got a little military background as well. And so, he's had a shift in his life from being of service and a regimented structure, life in the military, to someone who's in the business world, in the corporate world.

John Ortiz: Yeah. And a little more ambiguous stuff there. So, I thought that was a cool trajectory. And he's got a couple of surprises up his sleeve.

Screen Rant: Now, what was it about the story, the concept or ideas that really drew you in to this?

John Ortiz: Well, I think the fundamental question of, “If we had the capability to keep someone around, who we have to say goodbye to prematurely, would we?” Is a fascinating question.

John Ortiz: Yeah. And ethics. Absolutely. And so, that's really juicy in and of itself and set in the sci-fi world with technology thrown in. It's exciting and there's many different ways one can explore this question. And shooting in Puerto Rico, where my family's from, was another big factor for me. And working with Keanu.

Screen Rant: Speaking of Puerto Rico, it's beautiful. At least, it's very beautiful on screen. Is this before the hurricane?

John Ortiz: Yeah, it was a year before.

Screen Rant: It's great that you guys shot there too. Hopefully it gets tourism back and everything back on their feet. I think that's really cool.

John Ortiz: Yeah, I hope so too.

Screen Rant: Now speaking of science fiction, we're getting into a place where science is catching up to science-fiction. And with sci-fi you are able to tell these cautionary tales to an audience. What are you hoping people take away from this?

John Ortiz: Well, I think they take away that-- I hope that they take away that we should ponder things that are presented before us a little more before diving all in. And to really explore the implications of what it may mean to have this cutting-edge technology be a part of our everyday lives.

Screen Rant: Well cloning is something that really fascinates me for a couple of different reasons. Because is it right or wrong? Right? Where do you stand on the idea of cloning?

John Ortiz: You know, I think I'm in the middle.

I like to think more like, “You know what? I'm not going to get involved.” And there's a bigger purpose in life. There's a bigger thing that's happening around all of us. And it shared, and we should respect that, and nature is beautiful. And if it goes wrong, then that's nature, and we just adapt. However, I'm torn, because if we have the ability to help heal…

Screen Rant: Like regrow limbs or whatever, it may be.

John Ortiz: Exactly. Then why not. And I may contemplate it a little more when it comes to that.

Screen Rant: How much research did you do into cloning or studying? Because it is such a fascinating science at this point.

John Ortiz: Yeah, I did a little. But Jones, my guy, was more of a guy who didn't really care too much about the details of things. He just cared about the result. And the character was ignorant when it came to the specifics. So, I thought there was something valuable in and living in that space as the actor. So, to me, it was more about the power, the business, the greed, and the outcome. And not necessarily about the process.

Screen Rant: John, congratulations on the film. Thanks so much.

John Ortiz: Thanks so much. Pleasure meeting you.

This entry was posted by Screen Rant on January 11, 2019 at 7:01 am, and is filed under Interviews, TV News. Follow any responses to this post through RSS 2.0. You can skip to the end and leave a response. Pinging is currently not allowed.