« One Tree Hill: 20 Things Wrong With Lucas Scott We All Choose To Ignore
The Grand Tour Game Review: Not Quite Worth The Visit » 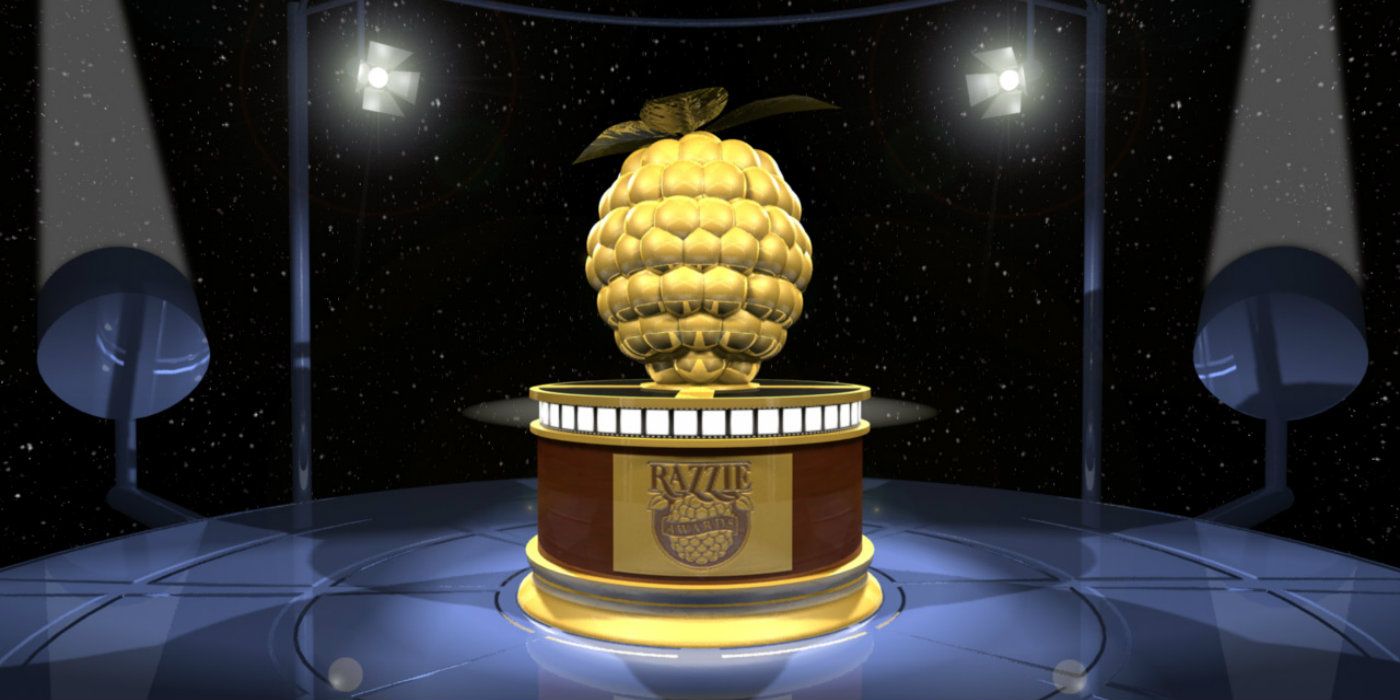 Johnny Depp, John Travolta, and President Donald Trump are just a few of the famous people and films nominated for the 2019 Razzie Awards. Every year, the Oscars - or Academy Awards - honor what their voters believe to be the best films released in the year prior. The 2019 Oscar nominations are set to be revealed this morning at 9am EST, with the actual ceremony taking place on February 24. Since 1981 though, the Golden Raspberry Awards - or Razzies - have also existed, making it their tongue-in-cheek mission to recognize the worst films released the previous year.

The Razzies regularly hands out awards to what they deem to be the Worst Actor, Worst Director, Worst Picture, Worst Screenplay, and other dubious honors. The ceremony has also previously awarded things like Worst Original Song, Worst Visual Effects, and Worst Screen Ensemble, although those particular categories are currently inactive. Understandably, most winners don't show up to the ceremony to accept their awards in person, although some celebrities have amusingly done so, memorably including Halle Berry and Sandra Bullock. The Rock also graciously accepted his Razzie for Baywatch via social media.

As revealed by THR, the Razzie nominees for 2019 have been announced, and feature a large array of talented people that didn't turn out their best work in 2018, to say the least. Most likely to cause controversy is the inclusion of President Donald Trump, for his "appearances" in the documentary films Fahrenheit 11/9 and Death of a Nation. Interestingly, one of those films presents a negative view of Trump's presidency, while the other showcases a positive take. Hollywood luminaries Johnny Depp and John Travolta also earned nods. The full list of nominees is below.

Melissa McCarthy / The Happytime Murders and Life of the Party

Donald J. Trump (As Himself) / Death of a Nation and Fahrenheit 11/9

Kellyanne Conway (As Herself) / Fahrenheit 11/9

Melania Trump (As Herself) / Fahrenheit 11/9

Donald J. Trump & His Self Perpetuating Pettiness / Death of a Nation & Fahrenheit 11/9

Death of a Nation (remake of Hillary’s America...)

The Meg (rip-off of Jaws)

Death of a Nation, Written by Dinesh D’Souza & Bruce Schooley

Fifty Shades Freed, Screenplay by Niall Leonard, from the Novel by E.L. James

Winchester, Written by Tom Vaughan and The Spierig Brothers

Leading the pack when it comes to the 2019 Razzie nominations is the mobster biopic Gotti, starring Travolta as the titular crime boss. Gotti famously earned a rare 0% rating on Rotten Tomatoes, and sank like a stone at the box office. Gotti earned nominations for Worst Picture, Worst Actor (Travolta), Worst Supporting Actress (Kelly Preston), Worst Screen Combo (Travolta and Preston), Worst Director, and Worst Screenplay. Interestingly, despite the controversy surrounding Depp's casting in Fantastic Beasts: The Crimes of Grindelwald, the Oscar-nominee is actually being nominated for his voice work in the animated movie Sherlock Gnomes.

More: 26 Worst Movies Ever Made (According To The Razzies)

The Razzies will be awarded on February 23, the night before the Oscars.