Jon Shafer’s At The Gates Review: An Exciting World 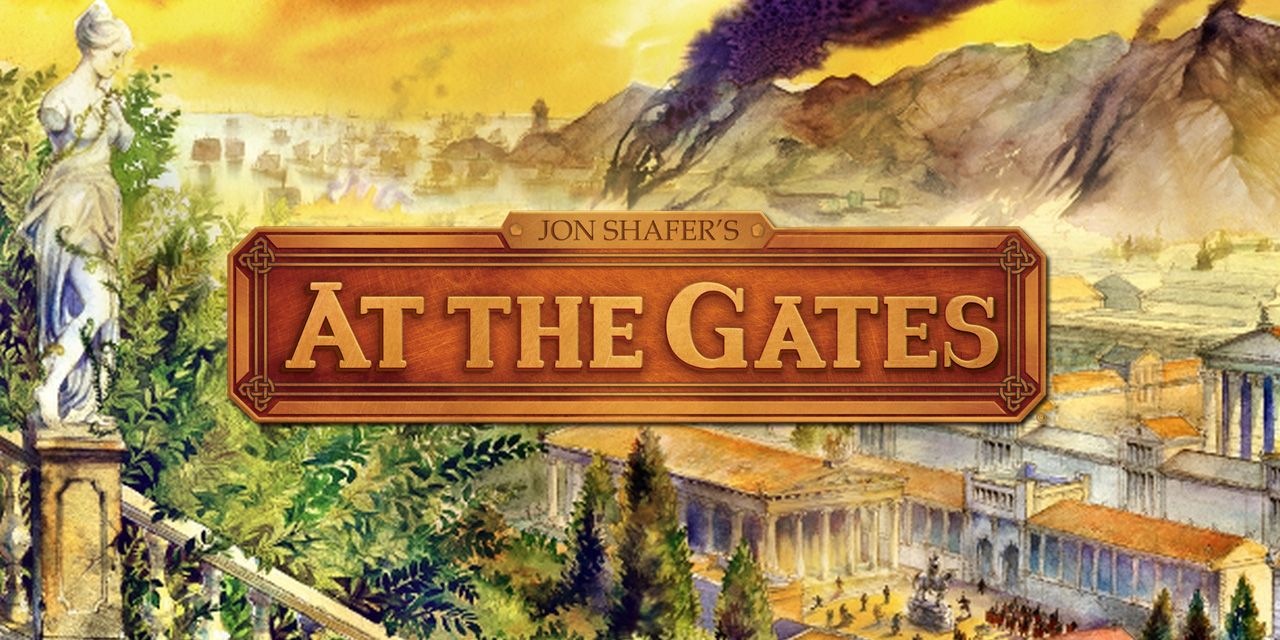 Jon Shafer's At The Gates is a standalone title but it's destined for a never ending tide of comparisons to Civilization. Jon Shafer worked on the latter series as a designer, but spent the last seven years working on At The Gates as a passion project in a process that included a successful Kickstarter campaign. The result is a familiar-feeling roguelike title with beautiful watercolor visuals and deep strategic gameplay. Despite any Civilization comparisons, Jon Shafer's At The Gates forges ahead with its own individual identity, and it's one that strategy game aficionados are bound to enjoy. It's an unforgiving roguelike adaptation to a successful formula, with Shafer putting his own spin on several gameplay elements to deliver a challenging experience that will earn its respect in the 4X strategy game genre.

The game is built on a turn-based engine with beautiful watercolor-style visuals. Procedural generation ensures that each world feels unique, with vast mountainous ranges, lush forests, and dry deserts all hiding valuable mineral deposits, food sources, and objects of strategic importance. The player starts out as a small tribe, tasked with transforming it into a mighty kingdom. To do this, players must be smart with resource management as they explore a world full of hostile kingdoms, bandits, and the near-constant threat of starvation through a lack of resources.

Rather than the player-versus-player aspect of Civilization, At The Gates places players firmly in a player-versus-environment setting. Sure, there are empires that fill up the world, and some of them will be much bigger fish than the player's own starting tribe - but players aren't competing directly with them. In At The Gates, players win by conquering the capital of one half of the crumbling Roman Empire, or sending five of their own clans to Rome as Roman Legions. This gives players multiple paths to victory through both military and economic routes, but from there on out the title forges a vastly different path than that of Civilization.

The entire system is built around clans that come to your tribe and can be trained into units from various professions. Each clan has unique personality traits and skill levels which make them more suitable for certain roles. Players can't choose which clan to acquire (or when to get them), and attributes like desires and negative traits can throw one's settlement for a loop as they struggle to manage their unit roster. Clans that survive over long durations of time will also grow in size, making them more efficient at their chosen roles - but, conversely, they'll consume more food each turn as well. Clans add a deep element of strategy as players try to make the best out of what they have, and it's something that sets Jon Shafer's At The Gates apart from other strategy titles.

The beginning of the game will be the most testing portion for gamers: the tribe isn't technologically advanced enough to set up permanent fixtures, so players will send out nomadic units to explore the immediate area. Foraging for food will be a top priority, and not just because players don't control when new clans full of hungry mouths arrive. At The Gates features a seasonal weather system, which means items like food production during the winter months will be drastically slowed. Units will also be slowed when traversing through snowy terrain, and friends and foe alike will be able to cross large rivers as they freeze over. It's a harsh system that constantly changes the world map, adding yet another layer to an already complex strategy title.

Players will need to balance their tribe's economy if they're to survive, so it'll be important to research the discipline tech trees and train the appropriate clans. Following in the footsteps of Dwarf Fortress or Rimworld, trading caravans arrive intermittently and allow players to purchase materials that they otherwise might not have stockpiled. When diplomacy fails, combat takes over. In At The Gates, players must watch out for other kingdoms and travelling bandits alike. Despite combat playing an important role in the tribe's quest to glory, we found that sometimes combat taking place at the end of at turn was glossed over. In fact, as a new turn begins sometimes enemy units seem to warp around, making it difficult to keep proper tabs on enemy movements.

Each game played in At The Gates will feel very different from the last. On an obvious level, this is because the game uses procedural generation to create each watercolor world. Like any true roguelike, though, this random generation might lead to one game being a relative cakewalk compared to the unforgiving nature of the next. Players may find themselves in an area well-suited to march armies into Rome in one game, but find themselves half a world away in the next. The randomness and unforgiving nature of the world will force gamers to adopt new strategies in each game, adding a nice layer of replayability to the title.

Jon Shafer's At The Gates is a challenging strategy title, and it introduces many great systems to make it stand out from the crowd. The seasonal, clan, and discipline systems all combine to make each game feel drastically different from the last. While some could argue that this leads to certain games being unfairly difficult, At The Gates still delivers as a sound roguelike strategy game. It's hard to recommend it over more budget-heavy titles like Civilization 6, but strategy fans looking for a new single player strategy challenge have a great choice in Jon Shafer's At The Gates.

Jon Shafer's At The Gates is available now on PC. Screen Rant was provided with a Steam code for this review.

This entry was posted by Screen Rant on January 23, 2019 at 12:01 pm, and is filed under TV News. Follow any responses to this post through RSS 2.0. You can skip to the end and leave a response. Pinging is currently not allowed.