King Of The Monsters Toys Confirm Godzilla Vs. Rodan Battle 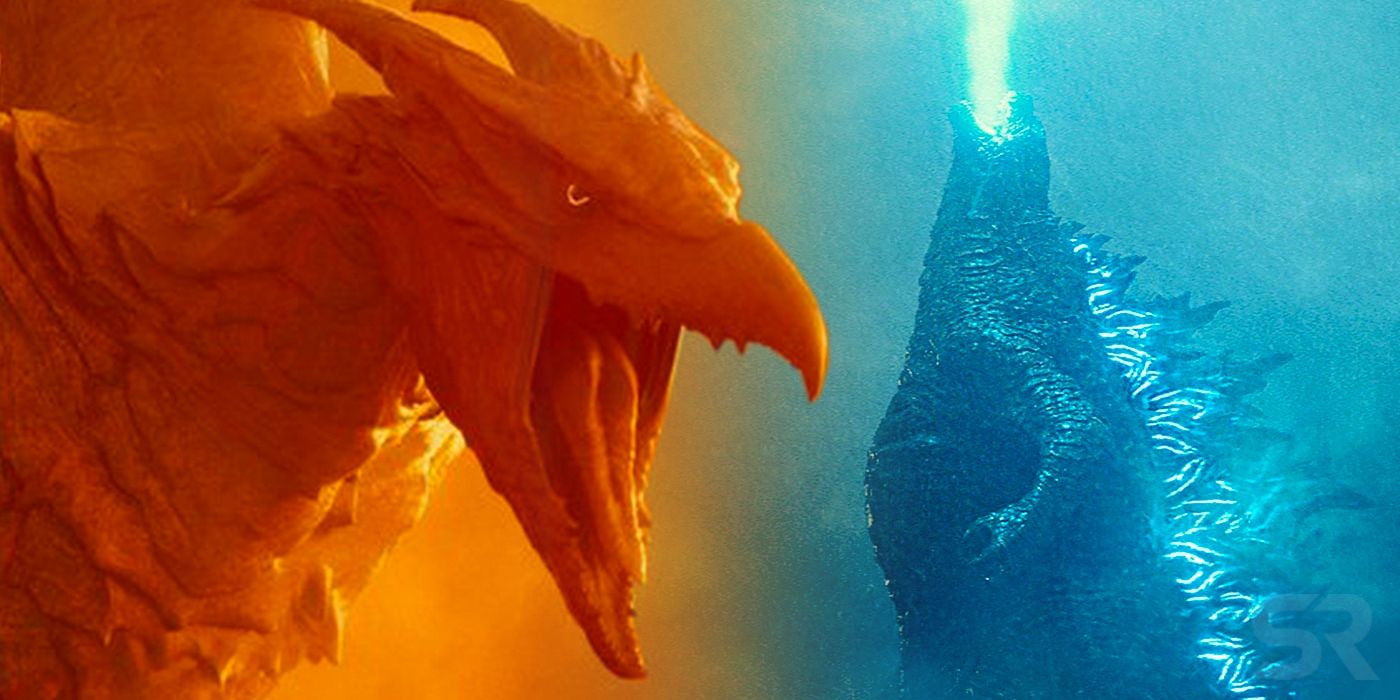 A new toy for Godzilla: King of the Monsters confirms that Godzilla will clash with Rodan at some point in the film. Along with Ghidorah and Mothra, Rodan is one of the three classic kaiju to make their MonsterVerse debut this year. Directed by Michael Dougherty, Legendary's Godzilla: King of the Monsters is the sequel to the 2014 film, Godzilla, yet it also further expands WB's MonsterVerse leading up to next year's Godzilla vs. Kong.

By doing so, Godzilla: King of the Monsters opens up the shared universe to all sorts of new creatures, of which so far there are six new Titans joining Godzilla's franchise; Rodan is merely one of them, and he's a monster to be reckoned with. Since all the monsters are battling for supremacy in Godzilla: King of the Monsters - with the movie's title possibly hinting at Godzilla not being the current king of the monsters - it makes sense for Rodan to be one of them. And now, it seems Godzilla fighting Rodan has been confirmed.

Jakks Pacific is releasing a line of toys to promote Godzilla: King of the Monsters, and one particular pack is labeled the "Kings Collide Battle Pack," which comes with Godzilla and Rodan together. The packing also contains the line, "Bring the battle to life!" These details seem to confirm that the two Titans will come to blows in the movie, perhaps early on if Godzilla is to battle Ghidorah in the final act. Furthermore, it reiterates the fact that there are multiple kings and queens in the MonsterVerse. Check out the toy box below.

When this battle takes place - and why - is open to speculation. In the latest Godzilla: King of the Monsters trailer, Rodan seemingly fights against the military (or the movie's terrorist organization), which could be where Godzilla intervenes and attacks him. Considering the bulk of the movie is about the threat of Ghidorah, it may be that the fight comes at the very start of Godzilla 2, serving as a taste of the real monster action to come. If that's the case, this battle could be where Rodan meets his end, although there are other possible outcomes. It could be that Godzilla's fight with Rodan will share the same circumstances behind their first meeting in 1964's Ghidorah, The Three-Headed Monster. In that film, Godzilla and Rodan fought each other for a while but came to a truce after being convinced by Mothra to team up against King Ghidorah.

The events in King of the Monsters are likely to play out much differently, but could still have the same result. Godzilla and Rodan could begin the movie as enemies, but become allies just in time for King Ghidorah's arrival. However, there is reason to suspect that Rodan will instead take King Ghidorah's side, even though Rodan has a history as one of Godzilla's two biggest allies; the other monster being Anguirus. Either way, the fight between Godzilla and Rodan should occur in the first half of the movie, since King Ghidorah is the main antagonist of the film. And since Rodan has been described as a "winged A-bomb" who, in some ways, is even more powerful than Godzilla, fans can expect an exciting showdown when the alpha predator meets the King of the Skies in Godzilla: King of the Monsters.