M. Night Shyamalan Breaks Down the Importance of Colors in Glass 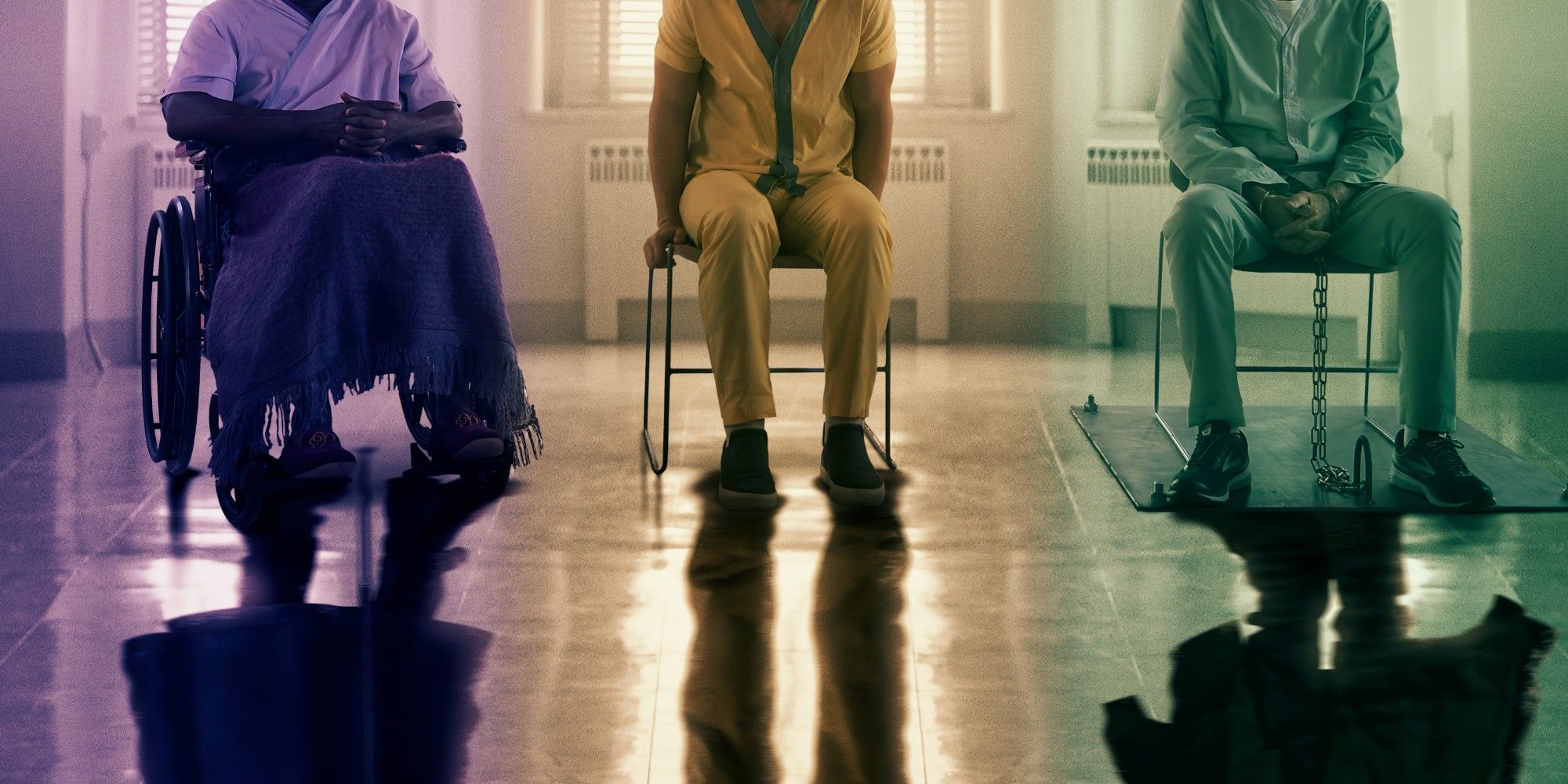 M. Night Shyamalan has explained the symbolism of certain colors in Glass and how they connect to the characters in his Unbreakable and Split sequel. As famous (or infamous, take your pick) as Shyamalan is for telling stories with twist endings, he's also well-renowned for crafting films with multiple layers of meaning folded into them. Signs, of course, is an alien invasion thriller that (not so subtly) doubles as a story about faith, but the filmmaker's parables are sometimes trickier to break down. 2004's The Village, for example, has been re-evaluated by some critics in the years since it hit theaters, and is now viewed as more of a thoughtful post-9/11 allegory than it initially got credit for being.

Colors often serve as a key to understanding the deeper layers of meaning in Shyamalan's work, be they obvious (like the red and yellow cloaks featured in The Village) or far more subtle in their application. The posters for Glass have made heavy use of colors in their designs, as a way of not only reflecting the colors of different characters' clothes, but also hinting at the symbolic meaning behind them. No doubt, fans have their own thoughts about why Samuel L. Jackson's Elijah Price wears purple or why James McAvoy's Kevin Crumb and Bruce Willis' David Dunn prefer yellow and green, respectively.

Related: Glass Theory: James McAvoy's Split Character Was in Unbreakable All Along

The Glass trailers have also emphasized certain colors, most notably in the scenes set in the institution for the criminally insane that Elijah, Kevin, and David all end up in, at some point. Here, the trio are shown being interviewed by Dr. Ellie Staple (Sarah Paulson) - a psychiatrist who specializes in treating people who believe they are characters from a comic book - in a room that is bathed in pink, for reasons that've yet to be revealed. Ahead of the movie's release next week, Shyamalan has taken to Twitter to explain the symbolism of pink in this sequence, in addition to his reasons for using certain colors to represent certain characters in the film (see below).

One need look no further than the Glass trailers to see what Shyamalan means about primary colors becoming dominant when characters like David and Kevin/The Beast use their super-human abilities, versus the scenes where they're doubting their own sanity or struggling in other ways. The use of purple and green for Elijah and David is also a carryover from Unbreakable, which made similar use of both colors throughout its runtime to reflect the characters and their beliefs about themselves (and their place in the world). Similarly, the color yellow played a role throughout Split, but was always associated strongly with not just Kevin, but specifically his Beast personality at the end of the film, for the reasons that Shyamalan's now revealed.

His films may not always turn out great (case in point: Glass is currently "Rotten" on Rotten Tomatoes and has been described as something of a mess by critics), but Shyamalan's movies have never hurt for narrative substance or symbolism, be it visual or otherwise. There's something very personal about his films in general, which is arguably why cinephiles are still eager to debate and discuss his work to this day, despite the sheer number of poorly-received movies he's made over the last twenty years. Indeed, many of the reviews for Glass agree: whether your like the movie or not, there's something beneath its surface worth talking about.

MORE: Every Glass Update You Need to Know