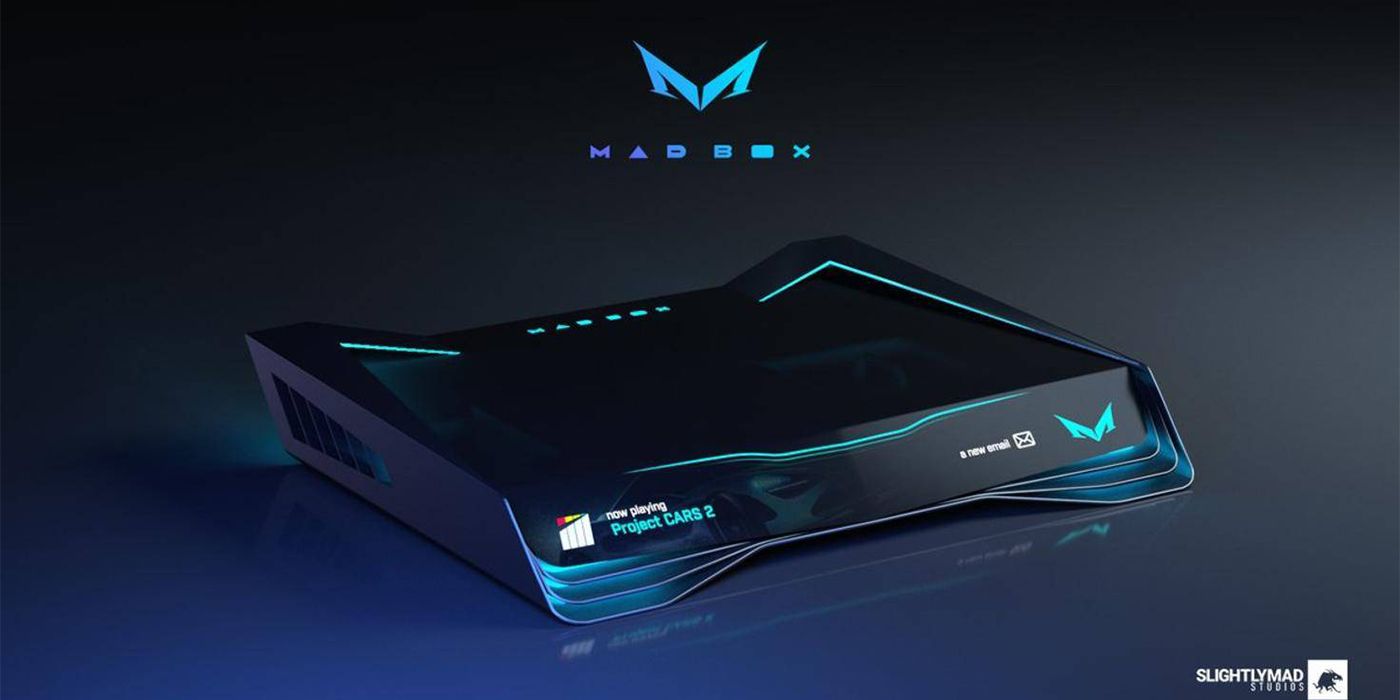 Images of the controller designs for the upcoming Mad Box console have been revealed and they showcase a touchscreen and paddles. This is the first chance that the public has had for a glimpse of just what Slightly Mad Studios CEO Ian Bell has in mind for his new console, which was announced several weeks ago to much intrigue, speculation and of course, skepticism.

The path for the Mad Box perhaps isn’t the easiest tread right now, with gamer mistrust quite possibly at an elevated high ever since the ongoing fiasco with rapper Soulja Boy and his much derided SouljaGame Handheld and SouljaGame Classic. But unlike Soulja Boy, Bell has a background in game development, as his Slightly Mad Studios is responsible for game titles such as Need For Speed: Shift, Shift 2: Unleashed and the well-received Project CARS.

Bell’s release of the new concept images for the Mad Box controller come courtesy of Game Rant and showcase some pretty interesting aspects, namely the controller’s LED touch screen, which is roomy enough to host its keyboard functionality. In the second photo posted by Bell, two rear paddles can be seen on the controller’s underside, along with a trigger. The console itself can be seen in the first set of images posted and this concept is much different than the first image Bell initially posted just three weeks earlier. Check out the Mad Box console and its controllers below:

Since releasing the images, Bell and Slightly Mad Studios have understandably been besieged with questions on social media, concerning everything from the controller’s substantial looking size (Bell claims the controllers only look oversized in the images) to the price, which, when told by one Twitter user that it looks as though the Mad Box would cost upwards of $1500, Bell responded with “Doesn’t it? Can you imagine the joy when it isn’t?” And of course, there is no shortage of outright cynicism, accusing Bell of a mock up that looks great but will never actually happen. But Bell’s vision also expands beyond a console and controllers. The SMS CEO has briefly touched on the concept of integrating a system that would reward users with credits for every hour spent online and these credits could then, in turn, be redeemed for real world money. Exactly how this system would function is presently unknown, but Bell cites YouTube as a example of a website that has successfully utilized ad revenue to the benefit of its users.

Ultimately, however, there is no escaping the fact that the console market is, at present, thoroughly dominated by the likes of Sony, Microsoft and Nintendo. These three giants have been ruling for a very long time now and entering into that arena with something brand-new is nothing short of financial and career suicide to many. But perhaps this is an unfair assessment. After all, gamers all too often have no small share of gripes regarding the big three and their handling of various titles or online capabilities. Perhaps it’s time for a new console to emerge, one that learns from the mistakes of its elders. At any rate, it will likely be a long wait before a physical iteration of the Mad Box arrives. And only once it does will we really know what its faults and strengths are.