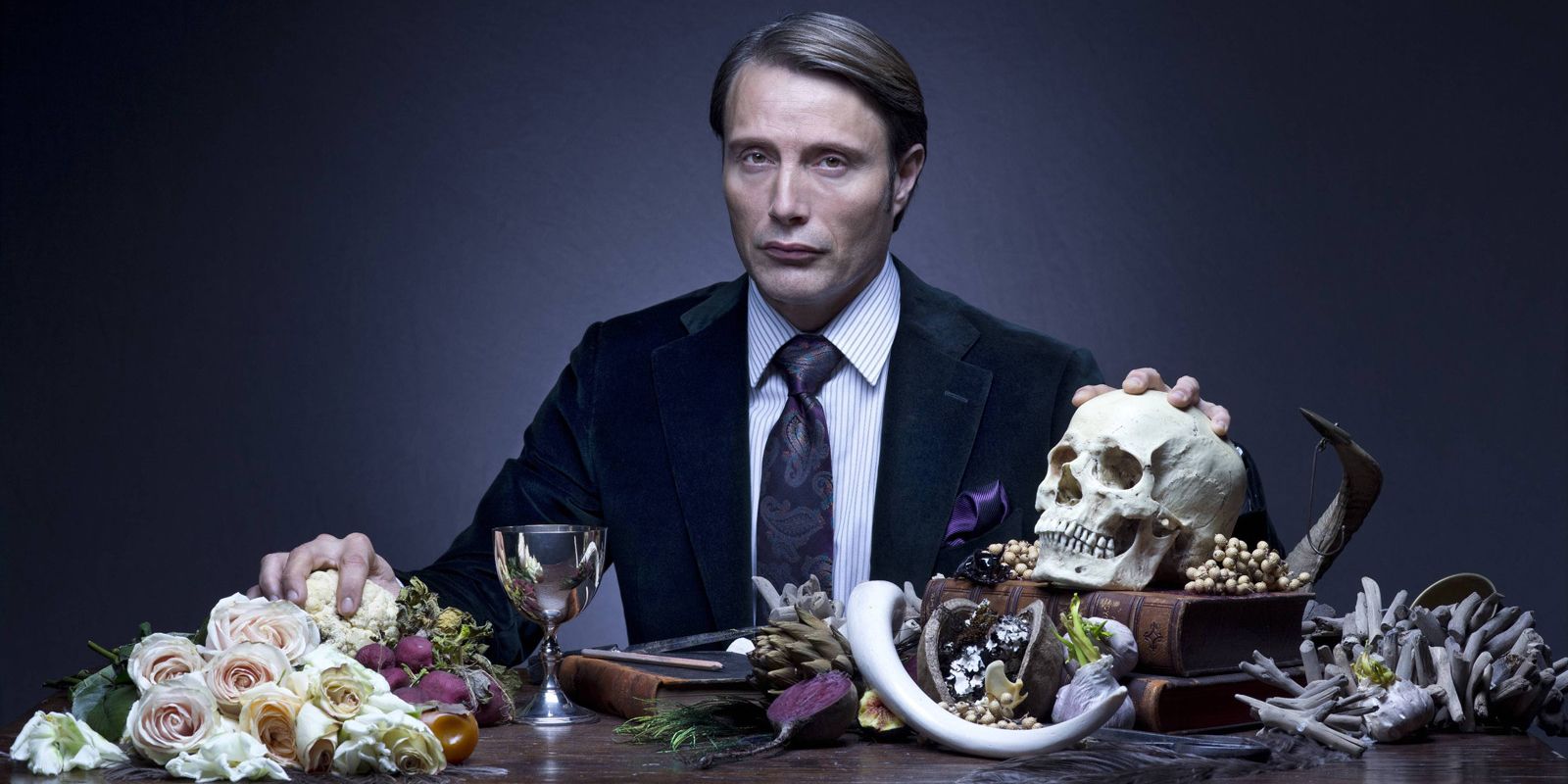 Actor Mads Mikkelsen says that Hannibal is still looking for a new home, despite being off the air since 2015. Hannibal was a crime/horror series on NBC, based on the novels by Thomas Harris, that starred Mikkelsen in the lead role of Dr. Hannibal Lecter and Hugh Dancy as Will Graham.

Harris released his first Hannibal Lecter novel, called Red Dragon, in 1981. As his novels continued, the books were adapted into movies, starting with Brian Cox in the role of Hannibal for the film Manhunter. The most popular and best-known of the Hannibal Lecter films is still the 1991 film The Silence of the Lambs, which won a total of five Academy Awards. Hannibal on NBC was also praised by fans and critics alike and gave fans a new graphic TV adaptation of the notorious serial killer. Despite fans' dismay, Hannibal was canceled after three seasons, but there might still be hope for a fourth.

Related: The Hannibal Revival May Be Closer Than Previously Thought

In an exclusive interview with Bloody Disgusting, Mikkelsen revealed that Hannibal is still looking for a new home. Mikkelsen told Bloody Disgusting that, "I think there’s always new hope. I haven’t heard anything specific. I know [show creator] Bryan [Fuller] is still working on some ideas where we can find a new home for this. I also have a strong feeling that everybody who was involved in it would gladly pick up the glove again if that happens". Mikkelsen also explained that Fuller had been working on acquiring rights to The Silence of the Lambs characters, as that was where the fourth season was likely headed.

After NBC canceled the show, there was hope that either Netflix or Amazon would pick up Hannibal or that the TV series might continue on the big screen, but a few years have passed and fans have heard very little a continuation. Fuller has also commented in the past that Hannibal season 4 would have "reinvented" the show, leaving fans even more sad that the series isn't going to continue.

While Mikkelsen is remaining optimistic about the return of Hannibal, this isn't the first time the actor has spoken out about the show. Whenever he is asked about the series, Mikkelsen explains that he would return to Hannibal if Fuller was involved. Back in 2016, Mikkelsen gave the impression that Hannibal might be renewed in a few years, but the last update fans heard was in August 2017 when Fuller revealed that revival conversations for Hannibal had begun.

Even though the idea of Hannibal season 4 isn't completely dead, both Mikkelsen and Fuller have moved on to bigger projects since Hannibal went off the air in 2015. Fuller has gone on to write and produce shows like Star Trek: Discovery and American Gods, while Mikkelsen has found himself in the middle of huge Hollywood blockbusters such as Doctor Strange and Rogue One: A Star Wars Story. Hannibal was able to generate a huge fan base, who call themselves Fannibals, in a relatively short amount of time. This news from Mikkelsen definitely shouldn't be taken as confirmation that the show will return, but at least it's reassuring to fans that Fuller is still trying to find a new home for Hannibal.