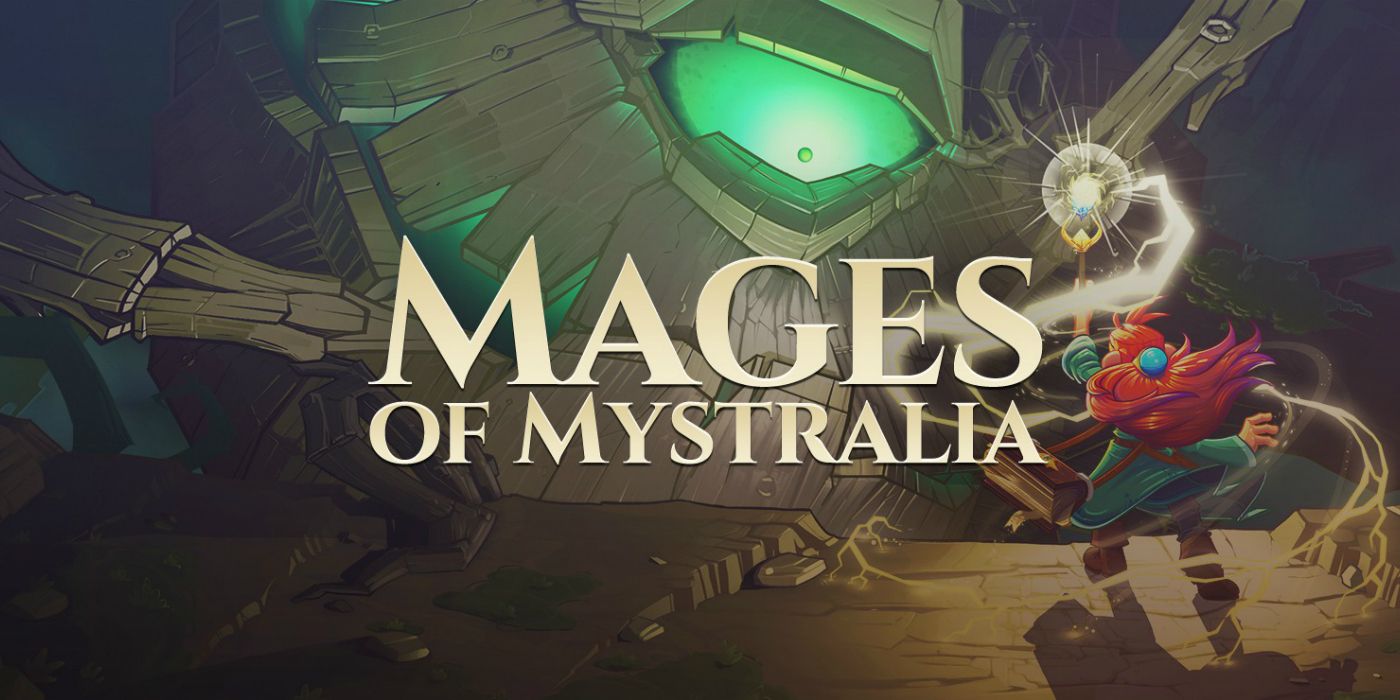 Mages of Mystralia is vibrant. That's the first takeaway anyone who sits down to try out Borealys Games' adventure title will have. The game oozes charm and character like Harry Potter, with a world map that constantly changes to keep things fresh. Even transitions between areas that are fairly similar are marked by environmental signposts that signify a shift in tone, and the subtlety of the execution here is something to behold. If aesthetic were everything, Mages of Mystralia would be very well-off indeed, held back only by relatively simplistic graphics that feel distinctly one or two generations behind current games.

Unfortunately, however, beauty is not the only thing that determines a great game, and Mages of Mystralia is more of a hit-or-miss experience once players get over the fact that the game is just so fun to look at. It's a bare bones affair in terms of story, as protagonist Zia is exiled from her village quickly and without much fanfare to begin the narrative and it rarely gets deeper than that. That's fine, for an indie adventure game as relatively short as Mages of Mystralia. Most playthroughs probably won't take longer than ten hours, so it's not like the story is meant to be a sprawling epic.

The enemies in Mages of Mystralia are split into two camps: melee and ranged units. Their attacks will change over the course of the game, but they will always be simple and easy to deal with provided a player has seen them at least once. There also just isn't enough enemy variation within the game, so even when the game's combat system allows for more in-depth customization, it isn't actually needed. Beyond the times when Mages of Mystralia literally tells you that you'll need to change a spell to progress through the area, it never really feels like there's any incentive to experiment with spells beyond just curiosity.

The combat system is very deep for a game with relatively shallow enemy AI, which is an odd thing. Once players acquire their basic spells, they'll begin finding runes that modify the way a spell behaves. This can change how it moves, its area of effect, and more, and it is by far the most compelling element of Mages of Mystralia. There's a lot of fun to be had in customizing spells and getting them to work the way a player wants them to, and Borealys Games should absolutely revisit this kind of skill-building in future titles, as the studio did a wonderful job with it in Mages. It's easy to lose a half hour to experimenting with new spell configurations, and that's exactly how a system like this should feel.

The problem, again, is that there's not a lot to do with all of these options. The enemies just don't need to be dealt with in ways that make the spell modifications particularly noteworthy, and the environmental puzzles, while fun, are designed in a way that doesn't punish people too badly for being unwilling to dive deep into the game's customization. At times, it feels like Mages of Mystralia really wants to be a great all-ages experience, but it sacrifices too much complexity in order to do so, rendering it a little too simple in places.

With that said, the spells are still great and the boss fights are a delight. They're reminiscent of The Legend of Zelda series in that each boss feels like a unique reflection of the environment a player encounters them in, summoning up some of the new skills the player has learned there and asking them to think critically about how to apply them to the battle. That's always a recipe for good, fulfilling boss fights, and Mages of Mystralia lives up to that standard here. Exploring the world and seeing how spells interact with it is likewise an enjoyable section of the gameplay.

Overall, even with its noticeable flaws, Mages of Mystralia gets by on its charm and spell-slinging. It's a simple title and it's short, but that doesn't change the fact its still fun more often than its not. On the Switch, it's exactly the kind of game that can make a long trip feel much shorter. Mages of Mystralia is worth checking out if you want a break from hundred-hour epics and a reminder that games can sometimes be perfectly adequate as short jaunts through a fun concept.

Mages of Mystralia is available now on Steam, PS4, and Xbox One, and releases on the Nintendo Switch on January 29, 2019. Screen Rant was provided a digital download code for the purposes of this review.