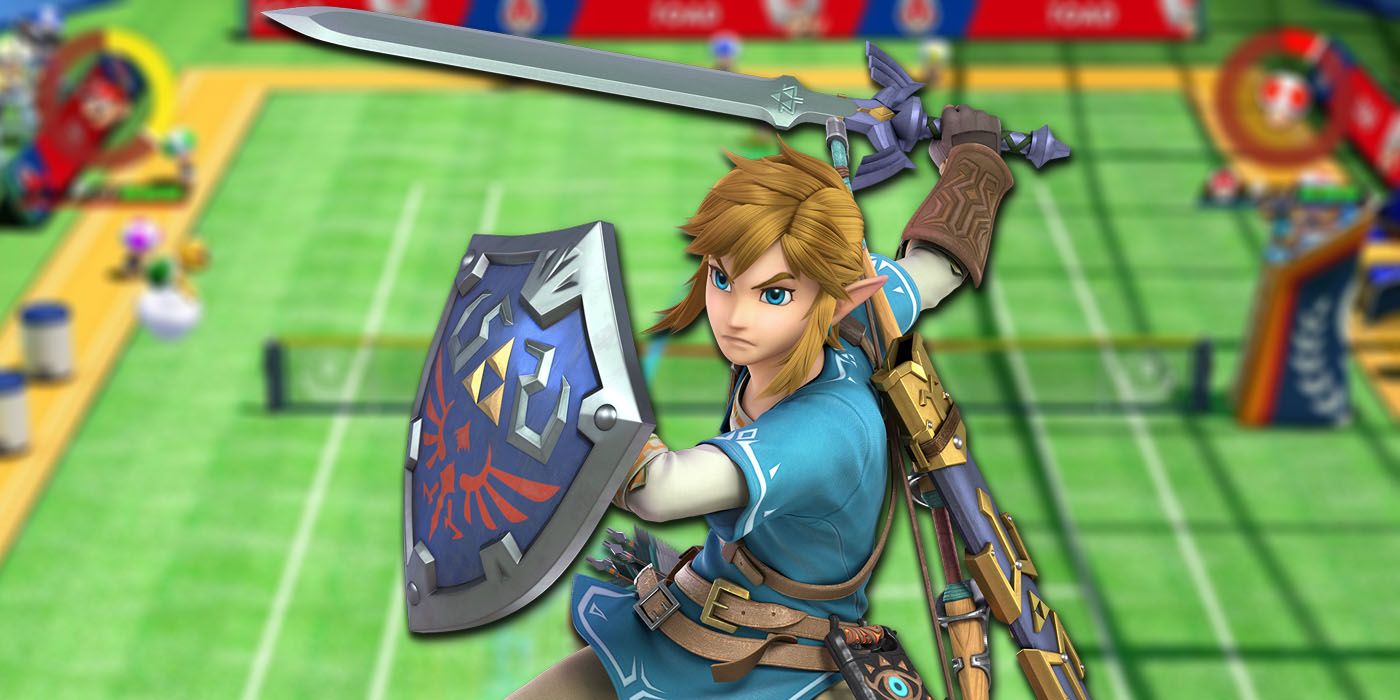 A recent datamine supposedly indicated that Link from The Legend of Zelda series is on his way to Mario Tennis Aces. Nintendo has ensured that Mario Tennis Aces is an evergreen title on the Switch platform through a constant string of updates for the title.

Since release, Aces has received several new character additions in the form of favorites like Diddy Kong and Shy Guy, and soon the likes of Pauline and Boom Boom will join the game. The free content has certainly provided fans with a reason to keep playing, but it looks as if another new character may be on the horizon – and they aren't a Super Mario character.

Not content on simply adding Link as a guest character, players are also said to be able to earn costumes for Hyrule's hero by playing online matches. These costumes will be a Dark Link option and an alternate outfit that will allow Link to wear his Champion's Tunic from The Legend of Zelda: Breath of the Wild (earned after 500 and 2,000 points respectively). These initial reports stem from the Twitter account Mario Tennis Aces Club, where it was claimed that a known dataminer posted on the handle's Discord server.

Ozzie9889 was mentioned as the individual that first pointed out the apparent data in the game, and the individual was said to have previously reported on code for multiple Luma color options (which are present in the character's various movements) and that Luigi would receive his classic costume as an unlockable alt before these things were eventually confirmed.

Now, it's important to note that the tweets have since been deleted by the Twitter account, as they don't want to get people prematurely excited about Link joining the Mario Tennis Aces roster. This is understandable since the operator of the account is unable to verify what's in the code themselves. Even then, they were quick to point out that Camelot - the studio responsible for developing Aces - often places items like stages in the code that are never released.

Since the Mario Tennis series has never featured a playable character outside of the Super Mario brand, this would be a major change-up to the philosophy exercised thus far. That's not to say the line hasn't been crossed before, however, as Link actually arrived in Mario Kart 8 as a downloadable and playable character too. It would be an unexpected crossover for many fans if it happens, but it makes sense given that a recent report claims a new Zelda title is arriving on Switch soon. That way Nintendo can cross-promote the games through Mario Tennis Aces, all while appeasing owners of the wacky sports title.