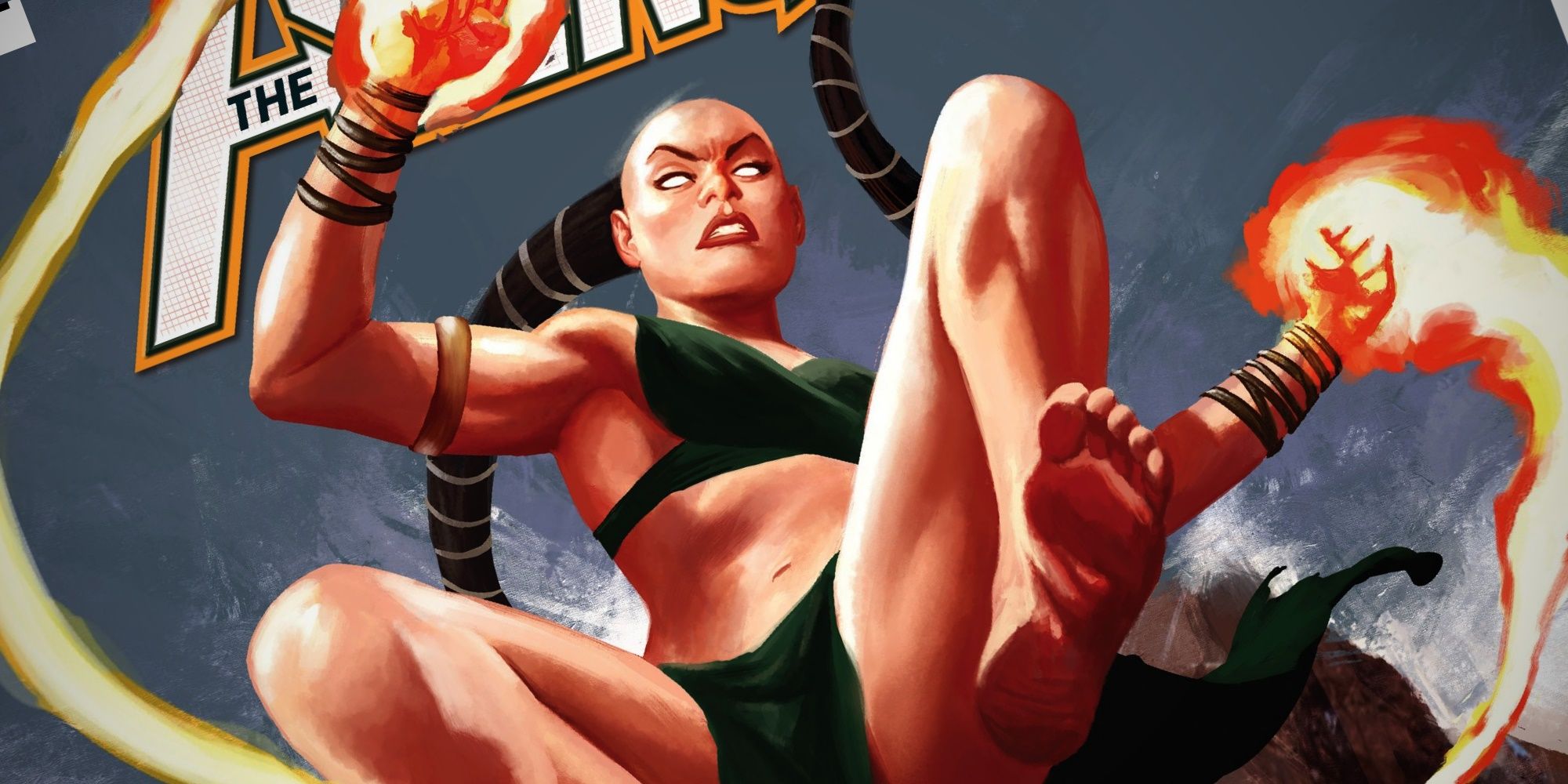 Marvel Comics has revealed the secret history of the very first Iron Fist in the pages of Avengers #13 - and the heroine's new, secret connection to the Power Stone (long before other heroes even knew what the Infinity Stones could make possible).

Jason Aaron's current Avengers run is telling a complex tale, exploring the secret history of the original Avengers team - one formed over 1,000,000 years ago. Every few issues, Aaron is stepping back in time to reveal the history of one of these early Avengers. Last year's Avengers #7 was the story of the first Ghost Rider, who was transformed after he struck an unwise pact with the Marvel's Satanic stand-in, Mephisto. This week's Avengers #13 returns to 1,000,000 BC, to reveal and this time tells the history of the first Iron Fist, Fan Fei, a woman who trained in the city of K'un Lun.

A woman of great compassion, Fan Fei believed the cavemen of the world needed to be able to protect themselves. As a result, and to the horror of K'un Lun's rulers, she trained them in Kung Fu. K'un Lun guarded its knowledge jealously, and the Thunderer was furious at the secrets of Kung Fu being handed over to Neanderthals. They had the cavemen executed, killed by the dragon Shou-Lao. A furious Fan Fei leaped into the flames and confronted Shou-Lao, striking the dragon in its heart and killing it - and becoming the first Iron Fist.

Banished from K'un Lun for her actions, Fan Fei became a champion of the cavemen. Her nemesis was the King of the Gorgilla Clan, a giant ape whose armies sought to wipe out the Neanderthals. For her heroism, Fan Fei was worshiped as a god. But just like the Ghost Rider, Fan Fei earned the enmity of Mephisto - and he decides to give a the Gorgilla King a far stronger weapon than a club. He gave him the Power Stone.

Even Fan Fei finds herself unable to stand against the Power Stone punches of the Gorgilla King. "His punches made Shou-Lao's fire feel like soft kisses," she observes. Fan Fei was beaten to within an inch of her life, and - back at K'un Lun - that defeat was the moment when Shou-Lao was resurrected. So it was that, 100,000 years ago, the city of K'un Lun began to realize how the Iron Fist could be passed on from one Iron Fist to the next.

Avengers #13 is the best kind of superhero comic - an all-action story that allows Jason Aaron to prove he's one of the most creative comic book writers of all. Along the way, it rewrites the history of the Iron Fist; until now, it had been believed the first female Iron Fist was Wu Ao-Shi, the Pirate Queen of Pinghai Bay, whose legend was incorporated into Iron Fist season 2. It seems that really wasn't the case after all; in fact, the very first Iron Fist was a woman.

Avengers #13 is on sale now from Marvel Comics.

More: Marvel is Destroying Their Own History (Yes, Really)