Daredevil is Dead in Marvel’s Comics, Too 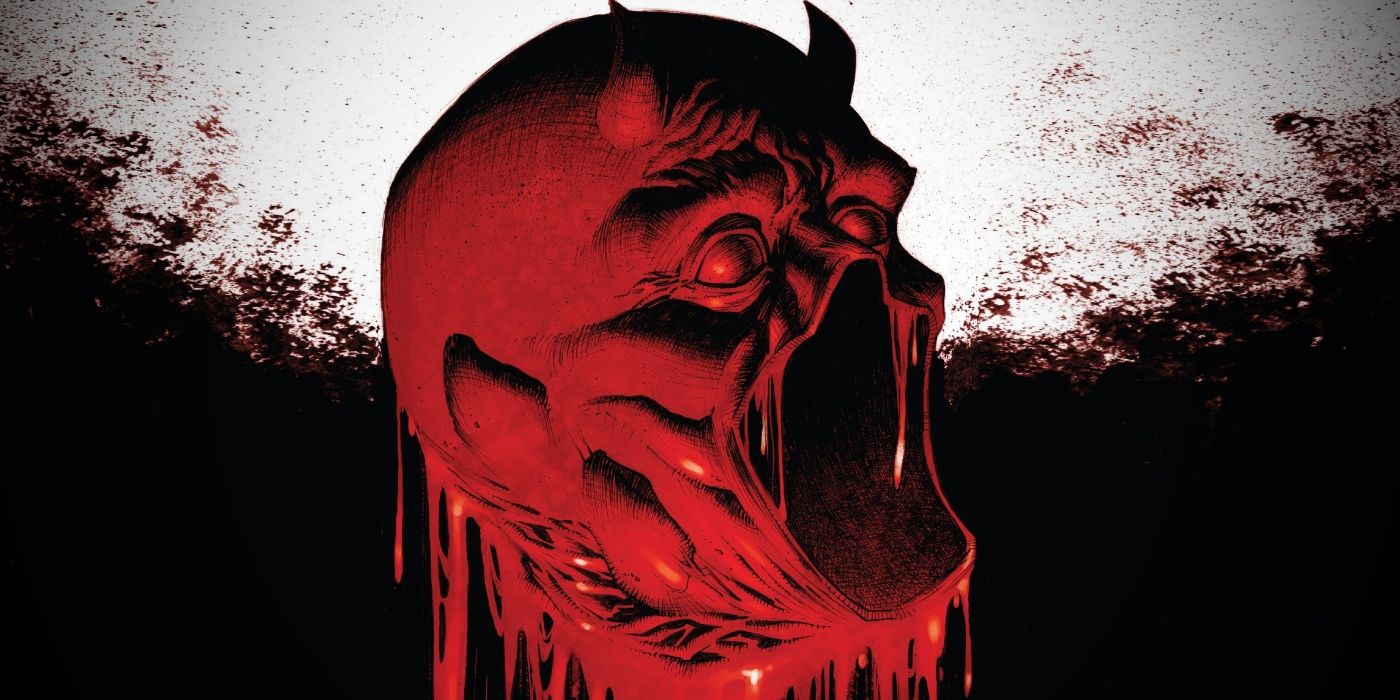 There won't be another season of Daredevil coming to Netflix, and fans still don't know exactly who's to blame. But we can tell you this: it's Marvel who has decided to effectively 'retire' Daredevil in their comics universe, too.

It's a strange twist of fate that Matt Murdock should become one of Marvel's most controversial and talked about heroes. In the comics, as well as his Netflix show, he's better at coping with trauma and grueling tragedy than most. Still, the news that Netflix's Daredevil is canceled leaves the door open for his adaptation on another platform. But in the comics, Marvel's current "Death of Daredevil" story makes it unclear if Matt Murdock will EVER be the superhero he once was. Needless to say, there will be SPOILERS ahead.

The Death of Daredevil

There's a good chance that back when Daredevil fans were watching Iron Fist & Luke Cage get canceled, and holding out hope for their blind attorney, Marvel Comics was already saying their goodbyes. Beginning with "Death of Daredevil: Part One" in Daredevil #609, writer Charles Soule capped off his run with help from artist Phil Noto. For all of the superhero adventure, political maneuvering, and street-level intrigue Matt Murdock had faced and survived, it wasn't any supervillain that finally killed him. It was Matt's split-second decision to push a teen out of the path of a speeding truck. A truck that then struck him down, landing him in intensive care and clinging to life.

What transpired over the next few issues seemed like things finally swinging in Matt's favor, making a recovery and allowing him to feel that, for once, Daredevil was actually in a winning battle. A break that was finally revealed to be nothing but an illusion, as Matt realized he was still on the operating table. He fought his way back to life eventually, with Daredevil #612 ending the "Death of Daredevil" story with a single, determined blip on his heart monitor. But the man who woke up was definitely not the one who had been hit.

Matt Murdock Survived... But Not Daredevil

While the "Death of Daredevil" storyline concluded Soule's run at Issue #612, the question of Matt Murdock's recovery was still left hanging. Thankfully, Marvel has followed up the series with Man Without Fear from Jed Mackay, confirming just how much damage was done by the truck that put him into critical condition. Along with the lifetime spent fighting crime, which made sure that once he finally broke... he would shatter.

It's Matt's trusted friend Foggy Nelson who informs him that the countless broken bones, crushed limbs, bullet wounds, stabbings, and every other injury he pushed through as Daredevil has finally added up. With a speeding truck breaking him "from tip to toes," there wasn't enough for any doctor to put back together into the man he used to be. Or into the superhero he used to be, either. Because there's no chance that Matt Murdock can be Daredevil if he can't get out of a wheelchair first.

Still, the fans know this isn't the end for the superhero. But make no mistake: the new Daredevil comic will relaunch this February, but it won't star the same Matt Murdock fans know best.

Page 2 of 2: How Will Daredevil 'Return From The Dead'?

How Will Daredevil Return From The Dead?

Usually, the news that Chip Zdarsky and artist Marco Checchetto will launch the new Daredevil #1 - before the "Death" of the hero actually happened - would kill much of the suspense. There was never a chance that Marvel would kill the Daredevil comic, even if they pushed the hero to death and back. Even so, letting the cat out of the bag would typically be guaranteed to undercut the real 'impact' of Soule's conclusion. But going by Zdarsky's tease of the new series, it sounds like the new Daredevil #1 will be anything but a clean start. Zdarsky explains in an interview with Marvel:

Things can’t be business as usual no matter how badly Matt wants them to be. That was in my head from my first conversations with Charles about the book. The character’s been put through a lot over the years, but I think "The Death of Daredevil" is going to be a real “come to God” moment for Matt. What does that look like? What will he become?

RELATED: Daredevil is Going To Be Marvel's Next Heimdall

The question of what Matt Murdock will "become" has quickly taken the spotlight in marketing for the new series, with the teaser image showing his Daredevil cowl in flames. Even more cryptic? The tagline suggesting that Daredevil, the unluckiest Marvel hero will come to "Know Fear" before long. And while that might sound like a catchy slogan promising only that the stakes have been raised, the comic series bridging Daredevil's death to his return is doubling down. The days of Matt Murdock being immune to fear are over... these days, he's drowning in it.

Daredevil: Man Without Fear... No More

Even before Matt Murdock woke from his life-saving surgery, he was learning (right along with the readers) that after years famously fighting it away, fear had come for the Daredevil. Just as his injuries had stacked and compounded, wearing away his body, his past of emotional trauma had taken a toll, as well. As his body rested in Man Without Fear, his mind was forced to relive the most painful stages of his superhero career, from lost friends to the parade of women killed for loving him. But even upon waking into his broken body in Man Without Fear #2, Matt finally confesses his most painful secret to Foggy:

"I'm scared, Foggy. I don't know who I am without Daredevil. And I'm afraid... I've put down the burden of Daredevil. Despite the shape I'm in, I should be happy. But all I can think about is how afraid I am. Of everything."

The story itself has proven to be a surprisingly vital one, forcing Matt (and readers) to wonder if living "without fear" is actually any way to live at all. Being fearless is great when it leads to victories and triumph, but what if it ends up breaking your body and killing the people you love? When living as Daredevil and laughing at fear nearly cost Matt everything, is he better off being afraid, or worse?

Until Matt Murdock learns to walk, it's fair to say Daredevil remains dead no matter how he feels. But even if he does put the horns back on, it's obvious the original Daredevil of Hell's Kitchen is gone for good. When Matt makes his return in Daredevil #1, will YOU be joining him?