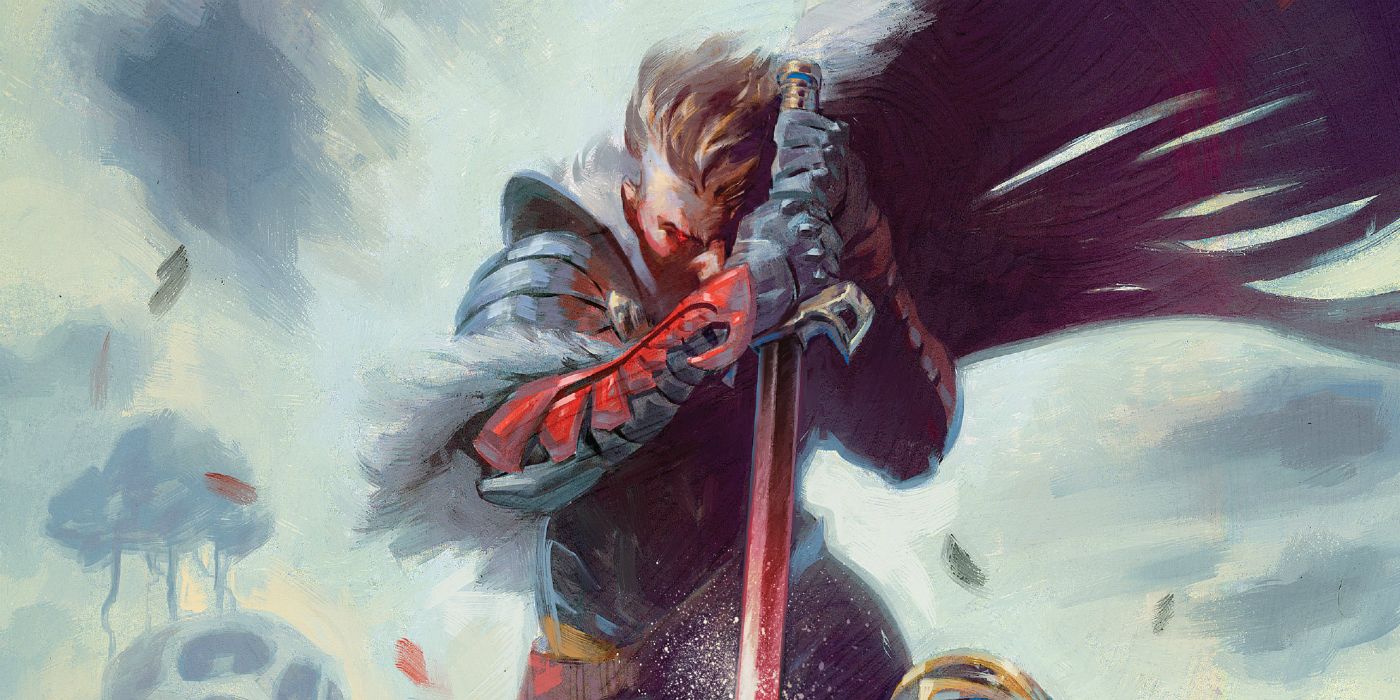 The latest Marvel Comics solicitations seem to hint that the Black Knight could appear in Avengers: Endgame. The last few years have seen the comic book publisher increasingly orient its events - and even its reprints - around the latest big-screen Marvel adventures. A careworn version of Wolverine was transported to the present day ahead of the release of Logan, a "Civil War II" event took place shortly after Captain America: Civil War hit the box office, and 2018's summer event was unsurprisingly called "Infinity Wars."

In April this year, Marvel Comics will release a whole host of "True Believers" one-shots - reprints of classic issues. Unsurprisingly, they're all focused upon characters who are important to Avengers: Endgame; there are reprints dedicated to Thanos, Nebula, Ronin, and even Thor's new weapon Stormbreaker. Two of these "True Believers" comics would evidently spoil a little too much, so Marvel's marked them as "classified" and promised to reveal the truth at a later date.

But two of the one-shots seem more than a little strange. One reprints Avengers #71, an issue with a story called "Endgame!" The other is a reprint of Avengers #343, which kicked off a four-part story called "The Gatherer's Saga." Both feature a lesser-known Marvel hero in a major role - Dane Whitman, a.k.a. the Black Knight. A classic Marvel hero, Whitman inherited the Ebony Blade, an enchanted sword steeped with a lust for blood. Where other owners of the Ebony Blade were happy to satisfy its deadly desires, Whitman refuses to indulge it, and instead fights as a hero - and an Avenger.

Interestingly enough, there have been recurring rumors that Marvel Studios is interested in using the Black Knight. The Ebony Blade almost appeared as an Easter egg in Doctor Strange, but was dropped at the last second. Last year, there were rumors Marvel was in talks with Guy Ritchie to make a Captain Britain movie, with the Black Knight reportedly serving as a secondary character. Strangest of all, Jeremy Conrad recently tweeted that Marvel has a plan for the Black Knight, and have already worked out how he'll be introduced. He included an image of the secret city from Ant-Man & the Wasp, clearly hinting he believes the Quantum Realm is somehow tied to this origin story. All these are just rumors, of course, with nothing particularly solid behind them at this stage, but it's certainly interesting to note that Marvel Comics is reprinting key issues featuring the Black Knight alongside their Avengers: Endgame tie-ins.

It's possible that all these rumors mean something, and that Marvel Studios do indeed plan to somehow introduce the Black Knight in Avengers: Endgame. That doesn't necessarily mean he'll star in his own film. That Ebony Blade Easter egg almost made its way into Doctor Strange, after all, and Doctor Strange 2 is known to be in the works. So the Black Knight may well be introduced soon, and then serve as a secondary character in much the same way Scarlet Witch is yet to get a solo film of her own.