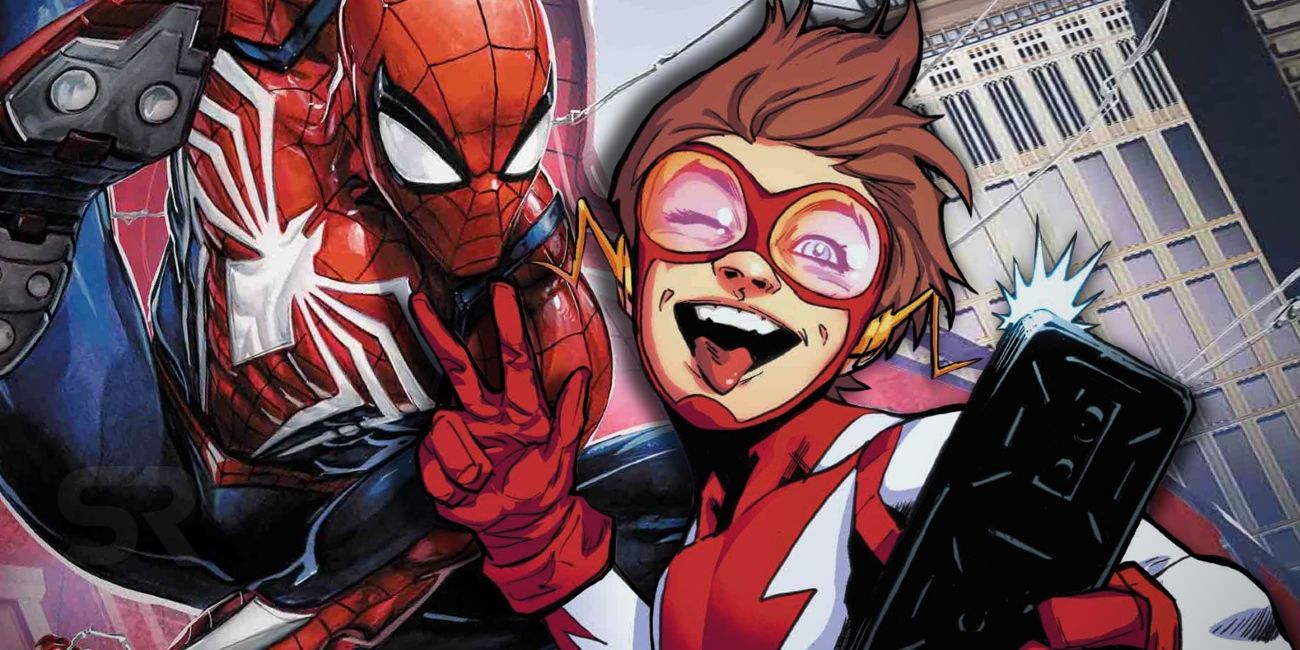 The wait is over, DC fans: the teenage heroes of Young Justice have finally returned, with Robin, Wonder Girl, Impulse, and more teaming up in their first issue. But it may be the mention of the Marvel universe in Bart Allen's travels that gets fans talking...

Yes, while the Young Justice animated series has returned to deliver a third season, the same team of heroes have been reunited in the comics, kicking off Brian Michael Bendis' new Wonder Comics imprint. And while we're sure fans will be excited to see the leather jacket Superboy back in action, the real bombshell of this first issue seems to be Bart Allen. Specifically, the reveal that he's been missing from the DC Universe for years... because he's been running his way through Marvel's, instead.

Wait, Where Was Bart Allen Headed?

For plenty of readers, Young Justice #1 will appear to be the first appearance of Bart Allen a.k.a. Impulse in DC's reality since Flashpoint spawned the New 52. There was a version of Kid Flash, 'Bar-Torr of the 31st Century,' who briefly filled the role for that relaunch's new take on the Teen Titans, but that wasn't this Bart. This Bart is the one who grew up as Barry Allen's grandson, Max Mercury's pupil, and eventually was killed by the Rogues. Thankfully, Bart Allen being written out of the DC Universe following Flashpoint means he's able to leap back into action with a pulse and everything! And he did just that on the final page of Flash War, proving that the feud between Wally West and Barry Allen sent a crack through the Speed Force wide enough for Bart to escape.

At least... we thought he was in the Speed Force, struggling to maintain his own identity like Wally West had before he launched DC's Rebirth (and the struggle that Jay Garrick is still trying to escape). But when Bart erupts into action in Young Justice #1, he can't help but prove his sense of humor is intact by making an aside to the reader. "Crazy day, even for me," Bart notes, "One minute I'm running to Canada to join Alpha--Oh Man." And believe us, that line does a whole lot more than give Canadians something to cheer about. Assuming you know the Marvel heroes at Bart was on his way to join before returning to the DCU, anyway.

Marvel's Universe is Inside The Speed Force?

Again, it's a reference that DC fans might completely miss, but one Marvel Comics fans are guaranteed to understand immediately. Because of all the superheroes who call the Great White North home, the team dubbed Alpha Flight is Canada's most well-known. There's no other reference or joke that could explain Bart's reference, but even if there were it would be obvious that Bendis was intending readers to make the connection to Marvel's Universe. A universe that has been playfully alluded to existing alongside DC's own reality, even appearing as one parallel universe in the larger DC Multiverse.

But Young Justice has just changed that understanding completely. After all, Bart Allen was last seen bursting out of the Speed Force and back into the world of the living, canon DC heroes. Fans had assumed that Bart had been imprisoned outside of the universe like so many other heroes wiped clean by Flashpoint, and awaiting their own returns. Or in the full, formless plane of the Speed Force to which every speedster eventually returns. But from this reference, it seems Bart wast serving out his exile... in the Marvel Comics Universe.

The Speed Force Can Be a Physical Place, Too

For even regular DC Comic readers, it might be difficult to wrap your head around the idea of the Speed Force being a physical place, with buildings, trees, and roads to run upon. Instead, the popular vision of the Speed Force is the one adapted in both The Flash TV series and modern comics. In practice, those depictions have blurred the line between using the Speed Force, and entering the Speed Force. In the simplest terms: the Speed Force is usually shown to be the tunnel/wormhole/cosmic fabric between two points across time and space - and not the destination at either end.

RELATED: The Flash Discovers The Power Beyond The Speed Force

Even then, a speedster truly 'joining the Speed Force' has become a spiritual idea, like when Barry Allen died during DC's Crisis. However, Barry would eventually return in Infinite Crisis, and it was there where the Speed Force was shown to also make real, tangible, physical spaces possible. In fact, it appeared to be a perfect copy of the living universe, just... existing on "another Earth." And since Brian Michael Bendis begins this Young Justice reboot by referring not only to both, but all seven DC Crises, he certainly knows these panels by heart. That means DC fans have to ask themselves a truly mind-bending question: were the speedsters of Infinite Crisis hiding out in the Marvel Universe all along?

While the movie worlds of DC Films and Marvel Studios may be permanently separated - although Superman does exist in Venom's reality - the comic book writers and artists haven't been so strict. In fact, as DC's latest Rebirth started several comic books over fresh, and Marvel relaunched many of its own books to match, the references to the other have grown more and more frequent. It's hard to know who made the confirmations first, but neither publisher can stop dropping Easter Eggs of their competitors existing on a paralell Earth within their own Multiverses.

The always-meta Booster Gold confirms Marvel is an alternate timeline of the regular DC Universe. From Marvel's side of things, the Reality Stone helped Carol Danvers converse with herself in different realities. While the appearances, costumes, and races changed, the biggest Easter Egg was the confirmation that Captain Marvel is Shazam in one reality. Not to mention another version of the space cop that looked a whole lot like a Kree version of Green Lantern.

So even if Bendis intended this joke from his returned Impulse to be a throwaway gag, or a wink to the readers aware of his Marvel past, the storytellers who came before have changed all that. It may not be the first suggestion that a version of The Flash has jumped over to Marvel's 'Earth-616,' but it might just be the most unsettling one. Could you imagine the kind of havoc that Impulse could unleash across the Marvel Universe? Thankfully, Young Justice reuniting means he at least has Superboy, Robin, and Wonder Girl keeping him in check.