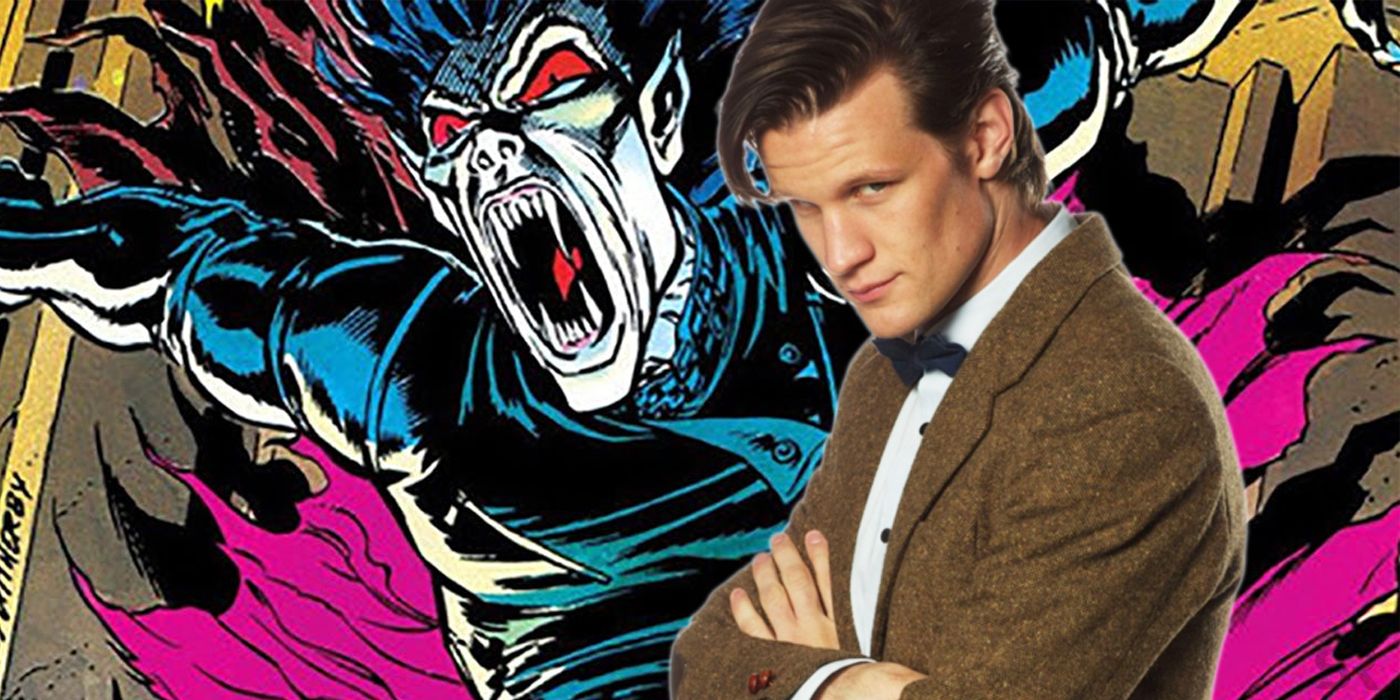 The upcoming Spider-Man spinoff Morbius is reportedly adding Matt Smith to its cast. The Doctor Who alum will be joining Adria Arjona and Jared Leto, who is playing the title character.

Morbius has been an intriguing project from day one. It is the second Spider-Man spinoff that focuses on one of Peter Parker's nemeses after Ruben Fleischer's Venom with Tom Hardy. Directed by Daniel Espinosa (Safe House, Life), the film will star Leto as Dr. Michael Morbius, a scientist who attempts to cure his rare blood disease, but instead inadvertently turns himself into a vampire-like antihero. Pacific Rim: Uprising's Arjona has also been cast as Morbius' love interest, Martine Bancroft.

According to Variety, Smith is reportedly in the last rounds of talks for what appears to be a major role in the film. It's currently unclear what role Smith is being considered for, nor has there been any information released that might allow fans to make an educated guess about Smith's potential role. However, it stands to reason that Smith could be stepping in as Morbius' confirmed villain, Loxias Crown, a role that has still yet to be cast. The news arrives mere weeks before principal photography is scheduled to start in February.

Smith is on a hot streak right now in terms of joining high-profile genre projects, joining Morbius on the heels of filming what will be a key role in Star Wars: Episode IX, as well as completing an award-winning turn on the Netflix series The Crown. In addition to his roles in Morbius and Star Wars, fans can expect to see Smith as Charles Manson in the upcoming film Charlie Says, which follows the Manson Family's criminal exploits.

It's curious that Morbius is still casting what appears to be a major role for the film so close to the beginning of principal photography. It would be rash to assume whether his casting is a positive turn of events or signs of production trouble, but it's worth keeping tabs on if only because very little casting or plot details have been released. That said, considering Smith has often been met with praise for every performance he turns in, there's reason to believe that he'll be an asset to Morbius. As for now, a release date for Morbius is still unknown, nor has it been revealed whether Morbius will feature any tie-ins or Easter eggs referencing the current Spider-Man franchise starring Tom Holland. If it's anything like Venom, it'll likely keep a close focus on its titular character without mentioning Spider-Man at all.