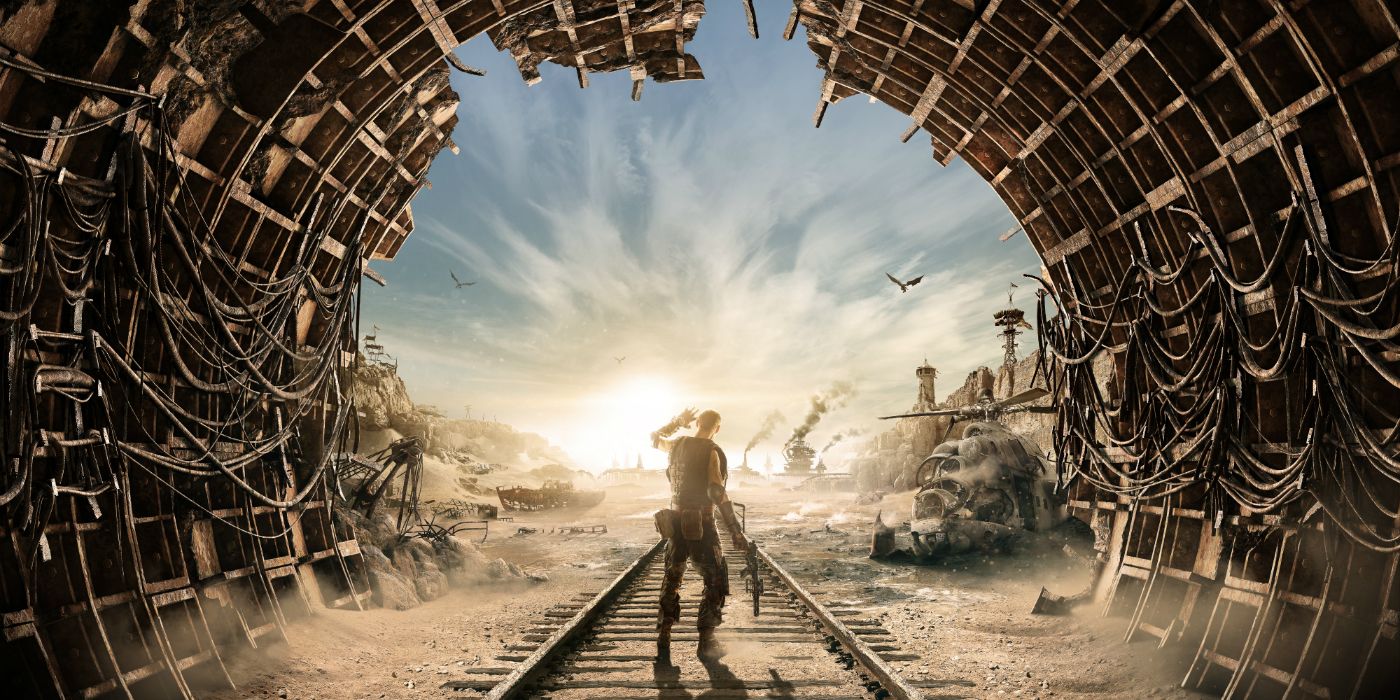 Metro Exodus is ambitious. It's the first time the series will truly step out of the shadows of the metro system that has come to characterize its gameplay, and that will inevitably change the way fans experience it. For a video game series that has made its name on doing a great deal with limited space, the jump to open world - or "sandbox" levels, as the developers refer to them - is a major adjustment for its design philosophy.

Recently, Screen Rant had the opportunity to go hands-on with the latest build of Metro Exodus, which focused heavily on the sandbox spaces players will encounter throughout the game. After playing through a good five hours of various different levels, would Metro Exodus' open world concepts help or harm a series that had already found a unique niche for itself in previous iterations?

Related: Everything We Learned About Metro Exodus At E3 2018

The answer, as noncommittal as it seems, will be that the addition of sandbox levels will neither benefit nor hurt Metro Exodus or the (expanding) franchise in general. That's probably not what fans want to hear, but it's not that the open world areas were bad; they were done well, with small moments of genuine intrigue scattering a landscape that is mostly filled with enemies, environments, and traps that are waiting to kill poor Artyom (the main, playable character in Metro Exodus and the protagonist of the Metro series).

There are some hiccups, though. Occasionally, enemies would behave quite oddly in open spaces, accidentally murdering their own allies or putting themselves in strange positions that opened them up to fire. Furthermore, the levels in Metro Exodus felt somewhat barren, especially given that engaging with mutants while exploring would often be a taxing use of resources that often bore little fruit in the aftermath. As far as design goes, Metro Exodus' open world will likely function as a bit of a refresher after exploring underground networks for so long, but it doesn't do much to improve the Metro experience and begins to drag pretty quickly, even with vehicles thrown into the mix.

Luckily, though, there is still brilliance to be found within the latest adaptation of Dmitry Glukhovsky's Metro books. It comes from the most obvious of places, too - in the tight spaces and restricted level design of the underground areas of the sandbox levels. While the open world levels are adequate, the smaller areas are sublime. One moment during the hands-on cemented this. Artyom is tasked with accessing satellite maps of the landscape that measure radiation levels. These are from an underground facility that has long since been abandoned. Immediately upon entering the facility, Artyom comes face to face with a herd of mutant spiders, but instead of an immediate struggle for survival, they burrow themselves into the ground.

The thing is, those spiders are afraid of light. When they're exposed to it, they flee, or else they spasm and flip over onto their backs, making them easy targets to kill. The task, then, is to stay in the light, a rather simple dynamic, especially given Artyom's personal flashlight and the facility's functioning power supply.

But not so fast. The level design is beautiful, asking players to navigate the decaying ruins through brief interludes of darkness. Occasionally, a collapse has darkened a hallway, or the ventilation shafts need to be used. There's an immediate tension in the way developer 4A Games lays out the environment, and the notion that the spiders are always there, waiting to unburrow as soon as Artyom turns around and points his flashlight somewhere else, is terrifying. It was also by far the most fun element of the hands-on experience.

Even when it isn't underground, Metro Exodus is at its best when the player can't move as well. Early into one of the first area's of the game, Artyom gets the opportunity to explore a house. The open world has been interesting but relatively sterile up until this point, with enemies quite visible and a wide amount of options with which to put them down. Immediately upon walking through the door, Arytom is jumped by a mutant, prompting some QTE-style button-mashing to take care of it. The closed space is dangerous, and players will inevitably explore the house in a less liberal fashion than the one they'll use in the sandbox itself.

Metro Exodus is a strange animal. It's a rare case of a game that is attempting to innovate and does so reasonably well, but the new features aren't the draw. Players will fall in love with parts of Metro Exodus, but it won't be the sandbox levels. It's going to be where the series first made a name for itself, in the dirt and grime of post-apocalyptic tunnels. And despite how dull that might sound, it's going to be anything but when Metro Exodus arrives - we just hope that Artyom spends more time underground or in tight spaces than he does on the open road.