« Will Smith & Martin Lawrence Reunite in Bad Boys 3 Set Photo
Everything We Know About Iron Man’s Role In Avengers: Endgame »

Metro Exodus Is Brutal And Doesn’t Want You To Survive 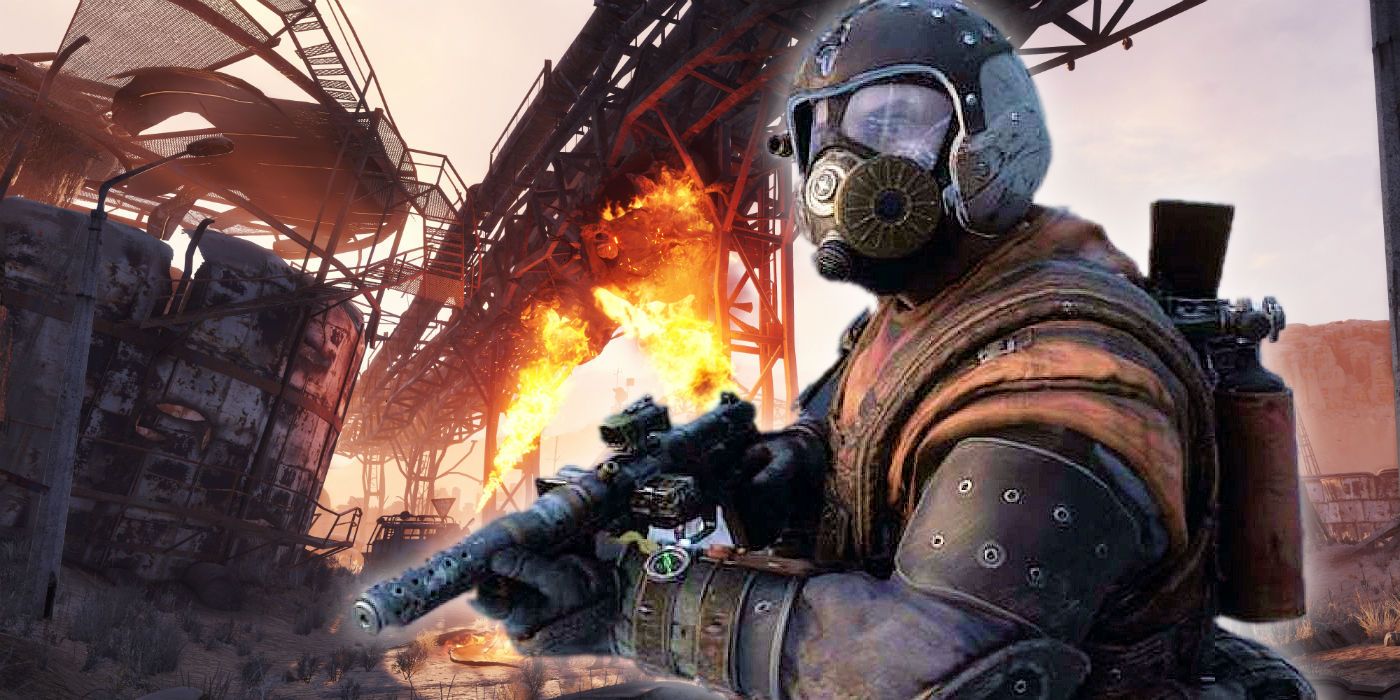 Metro Exodus is, more than anything, about survival. On a grand scale, it follows the last dregs of humanity trying to piece the world back together after a nuclear war. There have been casualties since then, and an entirely new race, the Dark Ones, have emerged. Possibly, they are humanity's future, but it's not something protagonist Artyom and the rest of his crew are willing to passively accept. Instead, they continue to struggle on, engineering a country-wide journey on the train Aurora in search of a more immediate hope.

On a smaller scale, though, Metro Exodus is also about the life of Arytom - the main character in the game as well as the primary protagonist in the Metro series - and those who have bought into his vision for the future. That's reflected in Metro Exodus' gameplay, as Artyom needs to survive not just for himself, but for the people around him. It's a lot of pressure, and it's a desperately impossible situation. There's no disconnect between that feeling and the way the game plays out, either. Metro Exodus is an absolutely brutal affair, one that consistently seeks to undermine the player as they explore and to bring about a grisly end to Artyom's adventure.

Related: Everything We Learned About Metro Exodus At E3 2018

During our lengthy hands-on experience with Metro Exodus, it became clear that the game is not interested in holding the player's hand in any way. The earliest level we were able to play still featured a multitude of different ways to meet your demise. There's what appears to be a fresh corpse near a body of water, on a beach. There's also a logical reason for that, and rushing into that environment headlong catalyzes a full-blown firefight for the next minute. The mutants are dead, but Artyom is wounded, has run out of bullets, and hasn't gotten any closer to completing his mission for the level.

Perhaps the most striking thing about Metro Exodus is that it's so punishing to make a single mistake. While in other video games, mistakes often compound upon each other and eventually create a bad situation, but in Metro Exodus it feels as though all it takes is one misstep to send everything spiraling downward. That's because resources are incredibly scarce, and players will have to make every single bullet count. That phrase is used a lot to describe survival games, but it's appropriately applied to Metro Exodus. More often than not, players will be given options on the fly. One of them will usually be to simply riddle an enemy with bullets, which is usually good enough to put them down.

That's short-term thinking, however, and Metro Exodus wants players to look at the bigger picture; considering its massive open world this time around, it's a good thing that 4A Games is making players think in terms of surviving, not just playing. While there's usually a more complicated way to sneak up on enemies, to use the environment to your advantage, and preserve your precious resources, Metro Exodus wants you to play intelligently; the guns you'll come to possess are more of a safety valve for when things inevitably go awry rather than the first thing players should reach for when a particular situation turns south.

Even the environment itself will consistently attempt to kill you, whether it be via radiation, fire, or other influential factors. Like earlier iterations, post-apocalyptic Russia itself is much more of a danger to Artyom than the enemies he'll come across during the game. The land promises very little to the player, and it keeps that promise throughout. Missions will range from simply attempting to acquire drinkable water to avoiding a nightmare storm that ravages the landscape and poisons the player, and they're all uniform in their tension. Every mission feels like its life or death, because Metro Exodus is quietly formulating new ways to kill you even as you are surviving the game's most recent attempt at murder.

Perhaps that type of gameplay isn't for everyone. It's certainly frustrating on a number of levels, and sometimes players will just want to progress through a section of the game to continue its excellent story. If Metro Exodus is one thing other than brutal, though, it is fair. There's not much that will instantly kill a prepared player. Exercising caution, scavenging for materials everywhere, and keeping up with the game's very deep crafting system form a potent recipe for success.

It's a big shift in philosophy for first-person shooters, even those with survival elements, and the open world sandbox levels will only tax those design decisions further. Yet Metro Exodus and developer 4A Games will be banking on the fact that not everyone wants to breeze through a game at a brisk clip. If pacing and determination have any place in the FPS genre, Metro Exodus will prove it when the game releases in about a month's time, on the back of the myriad number of ways a single wrong decision from Artyom can snuff out one of humanity's last hopes.