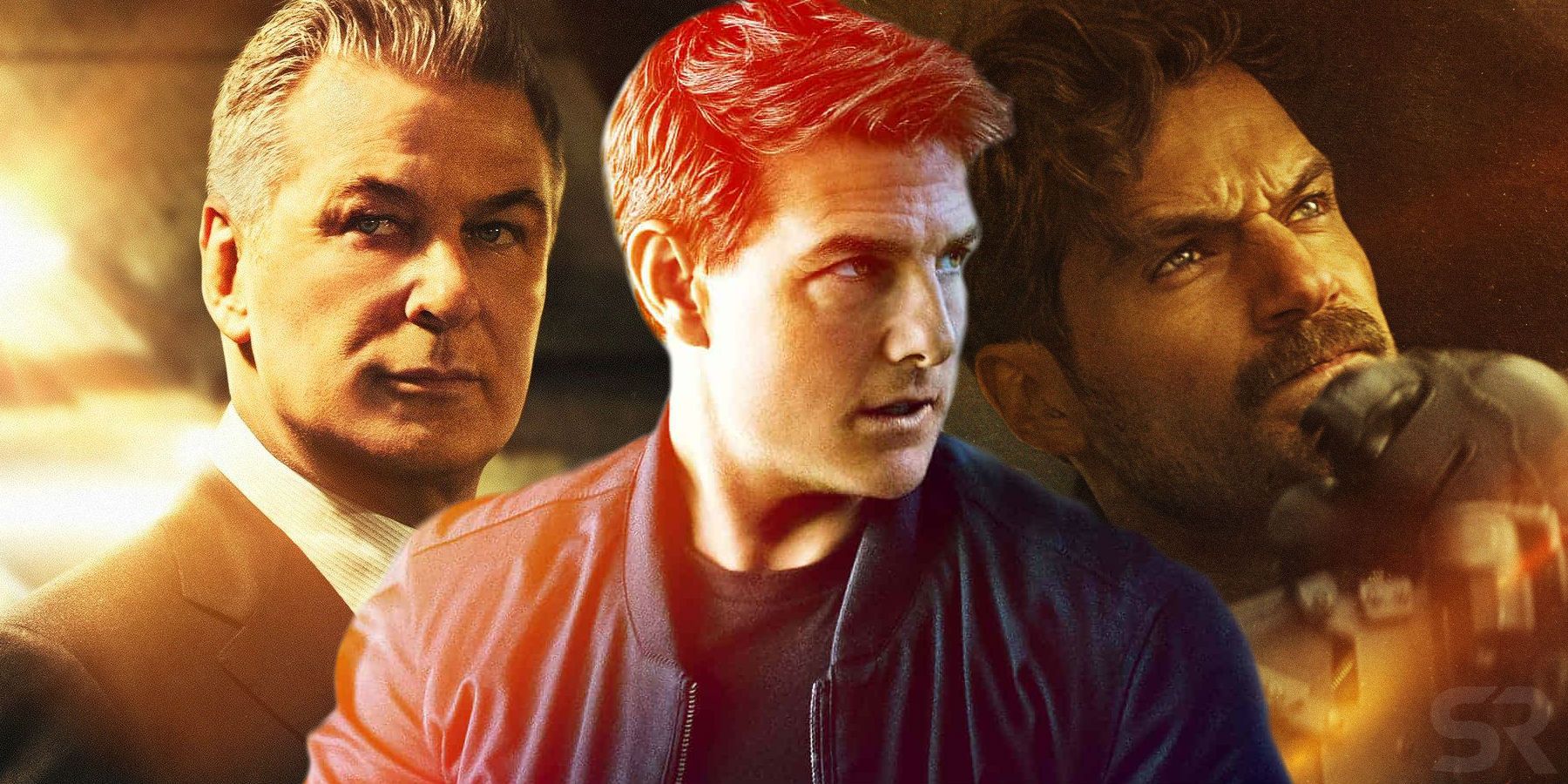 The latter brought back many franchise favorites, such as Michelle Monaghan as Ethan Hunt's former wife Julia and Alec Baldwin as the new Secretary of the IMF Alan Hunley. It also introduces a handful of exciting new characters, with Vanessa Kirby's White Widow stealing several scenes. However, the biggest addition to Mission: Impossible -Fallout's cast was none other than Man of Steel's Henry Cavill. He made his debut as CIA agent August Walker and won fans over in the marketing with his mustache and arm reloading move, but also got a franchise-best death. With both Walker and Hunley being casualties of Fallout's escalating plot, they were believed to not be part of the franchise's future - and it was recently guaranteed that there will be a future too, with McQuarrie writing and directing two sequels.

THR is now reporting that McQuarrie is considering bringing back both Cavill and Baldwin for his upcoming movies. The report notes that this idea is still very early and could change once the scripts are actually written. If this does pan out, they would return through flashbacks. It is unclear if they'd appear in a single film or both, or if they'd appear in the same one or alternate appearances. Even though this source is reliable, take this with a grain of salt for the time being just in case this idea doesn't last.

If this report is true and both Cavill and Baldwin make returns for McQuarrie's upcoming Mission: Impossible sequels, then the biggest question raised is how this ties into the upcoming story. McQuarrie has done a great job in his previous two efforts of tying together the entire franchise, so this could be another example of that. But what would this mean for the actual story of M:I - 7 and M:I - 8?

Both Hunley and Walker have major ties to the CIA, so this could signal an even larger role for the IMF's rival organization moving forward. Hunley is the former director of the CIA, while Walker is one of their top agents. Of course, Walker was also known as John Lark, the leader of the Apostles (what is left of the Syndicate), so these flashbacks could show how the Apostles/Syndicate infiltrated the CIA and became such a thorn in Ethan's side. And, if there are flashbacks to show Walker/Lark's earlier days as a CIA agent, then it would make sense for Hunley (the director of the organization at that time) to be involved.

This is just an educated guess at this point, but based on who is rumored to possibly make a return and what McQuarrie has done with the franchise as of late. All we know for certain is that he is currently working on the script with a hope to start filming the sequels back-to-back later this year and well into 2020. Paramount is eyeing a summer 2021 release for Mission: Impossible 7 and a summer 2022 release for Mission: Impossible 8. If this all pans out, including Cavill and Baldwin's return, then we should know by the end of the year.

MORE: Mission: Impossible Movies Ranked - From The 1996 Original to Fallout