« 10 Characters For Titans Season 2… And The Actors Who Could Play Them
Mr. Fantastic is Officially Marvel’s Dumbest Genius » 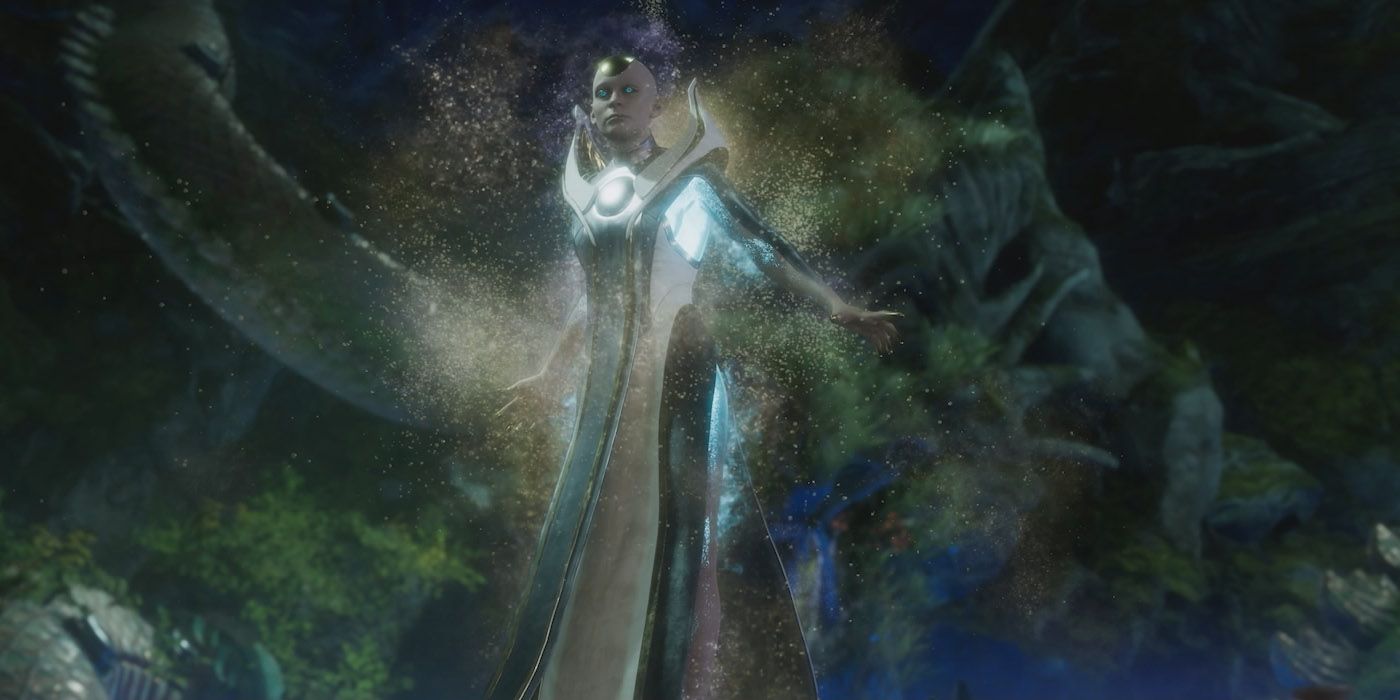 The reveal trailer for Mortal Kombat 11 first dropped at the 2018 Game Awards. At the time, Scorpion, Raiden, and Shao Kahn were the only characters shown, but fans were left with a slight tease for a new villain following an epic CGI battle. Fast forward to the formal reveal of the game on January 17th, and consumers have now been loosely acquainted with one of the major bosses in Mortal Kombat 11.

In doing so, developer NetherRealm Studios is shedding a major trend for the Mortal Kombat series, as the newest boss is none other than the first-ever major female villain named Kronika. The character was showcased during the first teaser trailer for MK11's story mode. While not much info was provided on Kronika, it's clear that the character has her own agenda that conflicts with the goals of the thunder god Raiden.

As is evident in the trailer, Kronika is capable of altering the flow of time. As a result, there are sure to be plenty of crazy moments that happen throughout the campaign. Curious fans can check out Mortal Kombat 11's first story trailer below featuring the new antagonist:

Kronika's appearance will likely tie in with the arrival of Geras, who's the first brand-new playable character revealed for inclusion in Mortal Kombat 11. Since he too can manipulate time, it'll be interesting to see how NetherRealm goes about making both of these characters different from one another – assuming that Kronika will be playable. Ironically, only time will tell what awaits fans eager to see how the story in this new game will play out, but it's safe to say that there are still plenty of surprises left in store.

Assuming that comments made by Todd McFarlane are accurate, Kronika could find herself going up against Spawn in Mortal Kombat 11. If this report is true, then Spawn probably won't be the only guest fighter joining the fray either. For example, Mortal Kombat X featured four guest characters across two season passes, ranging from horror icons like Jason Vorhees and Leatherface to sci-fi monsters like Predator and Alien. It's only logical that MK11 would follow suit given the popularity of those additions.

It appears then that Kronika will have her work cut out for her as she goes about trying to execute her plan – whatever that may be. More details are sure to be shared as details regarding the narrative and launch roster are confirmed leading up to Mortal Kombat 11's April 2019 release. For now, gamers can take comfort in knowing that Kronika will at least be a unique boss villain that changes up the formula a little bit.