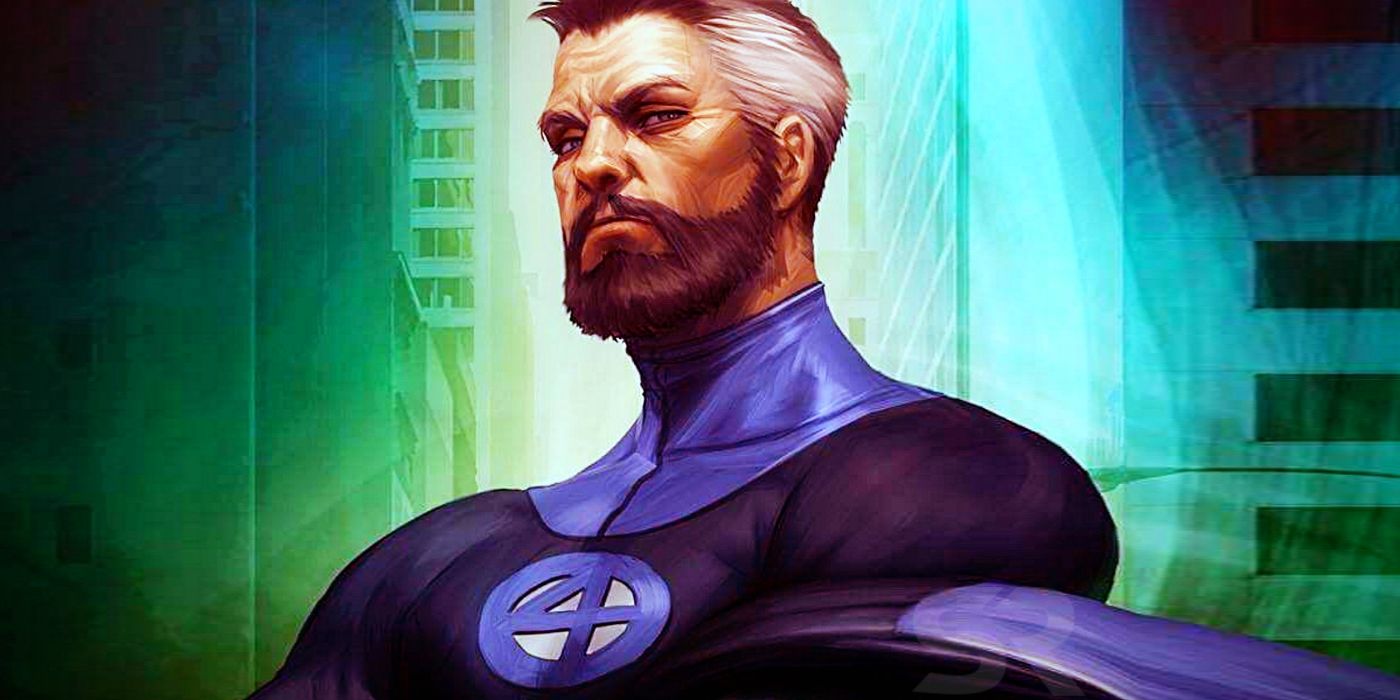 The events of the latest issue of Fantastic Four confirmed that Reed Richards (aka Mister Fantastic) is nowhere near as smart as he thinks. Not content with having failed to live up to his obligations as a best-man in the build-up to his best friend's wedding, Reed further exacerbated his faux pas by disrupting the reception so that he could go pick a fight with his arch-enemy, Doctor Doom.

The rivalry between Richards and Doom has existed since for almost the entirety of Fantastic Four comic. A master of science and sorcery, Doom blames Richards for having interfered with an experiment which ended in an explosion that saw Doom expelled from college and scarred for life. While Reed contends that he was trying to correct mistakes in Doom's equations, Doom has a far better track record than Richards when it comes to not having things go wrong with his inventions. Even those who love him admit that, much like the scientists in Jurassic Park, Reed is a little short-sighted when it comes to his considering whether or not he should attempt things. It was this lack of foresight that brought the Fantastic Four into existence, after Richards exposed his family to cosmic radiation in an improperly shielded space shuttle.

The previous issue of Fantastic Four offers another prime example of Reed Richard's thoughtlessness, with Mr. Fantastic forsaking his duties as The Thing's best man in favor of working on some new invention instead of wedding-planning. Reed barely makes it to the ceremony itself, which is interrupted by a broadcast from Doctor Doom projected across the atmosphere. Doom informs the world that Galactus, the Devourer of Worlds, is approaching Earth but that he has taken steps to lure the cosmic being to his nation of Latveria and has a plan to deal with him.

It's here that Reed reveals the invention he had been working on, which is also his wedding present- a device that could freeze time in a contained area, so the actual wedding ceremony could be free of interruptions, even if some emergency required the Fantastic Four's attention afterward. It speaks volumes to the heights of Richards' ego and lack of regard for others that he abandoned a social obligation to work on a "what-if" contingency, and then call it a wedding present.

Things become even worse as the latest issue opens, when the team enters Latverian airspace and is shot down by a being wielding The Power Cosmic. This results in The Thing becoming a human cannonball and destroying a small goat farm after Mr. Fantastic elects to save his wife (whose powers, it should be noted, allow her to create force-fields and levitate herself) instead of the man made of living rock.

The new wielder of the Power Cosmic is unveiled as Victorious - a Latverian revolutionary, who has been empowered by Doom as a reward for spurring him to action in the fight to liberate Latveria from the military junta that had taken over in his absence. Again, Richards jumps to the wrong conclusions and accuses Doom of having stolen the Power Cosmic to create his "Herald of Doom" in complete ignorance of how this would get Galactus' attention and bring him to Earth. Doom mocks Richards for his presumption, and explains that everything - his empowerment of Victorious, his luring Galactus to Latveria and even Mr. Fantastic's haphazard attempt to come "help" in the fight - are all according to Doom's plans and in service of a higher purpose.

The issue ends before we learn of Doom's plans, but we see enough here to confirm that his disdain of Reed Richards is well-deserved. Rather than enlist the help of any of the dozens of other superheroes he knows and has worked with in the past and ask them to watch over the world while he and his family take a few days off for a wedding, he ruins one major social event to work on a fail-safe that might not have been necessary and disrupts another because he arrogantly believes that only he can stop Galactus from destroying the Earth.

The only thing the Fantastic Four has to show for their efforts in the end is the destroyed livelihood of a poor, elderly herder - all because Reed Richards is the dumbest genius in all of Marvel Comics.