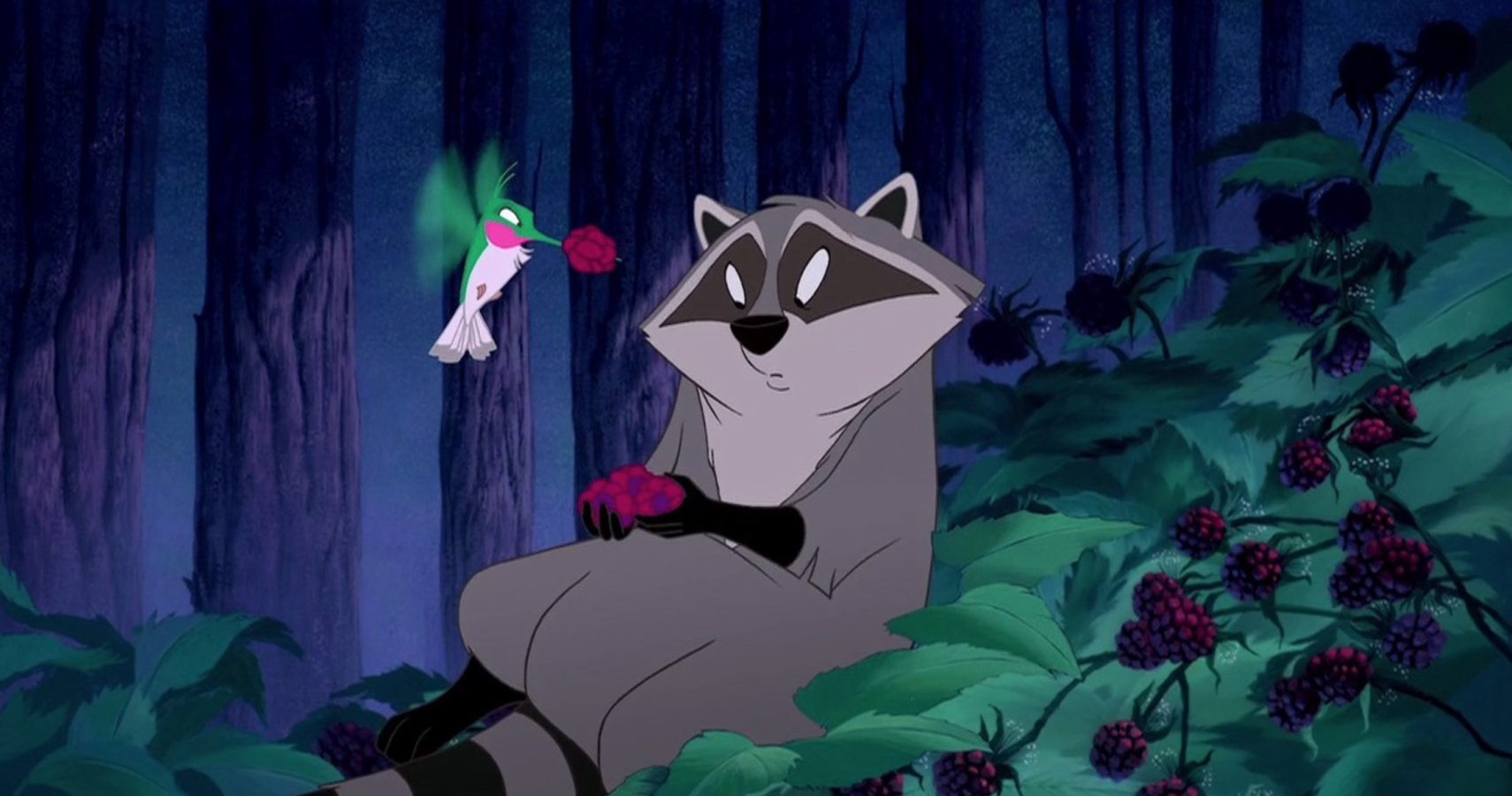 Aw, Disney heroes and princesses get all the glory! What's so bad about being a sidekick, huh? There's no shame in playing second fiddle to the many leading lads and ladies of the wild world of Disney because, let's just face it, those leading lads and ladies wouldn't be worth a gosh darn without all the memorable second bananas who've helped them out along the way.

It's high time we give Disney sidekicks their dues. The helpers of Disney's protagonists are just as unique and varied as the protagonists themselves, and neither one would be complete without the other. Time to have some fun! Check out the Myers-Briggs® types of 10 of Disney's most beloved sidekicks.

Like most ENTJs, Mushu's got a great sense of humor, but he's much more than the comic relief, he's determined, caring and devoted. From the very start, Mushu is eager to prove himself. He's quick on his feet and knows how to whip up a quick back up plan that's not only efficient, but also effective.

Experiment 626, fondly called Stitch by Lilo and her sister, Noni, is an alien who was designed to destroy everything he touched - and he did a pretty good job of it, too, until he found himself smack dab in the middle of a Disney movie and stuck with a loving, quirky, accepting, little girl, and a happy ending.

Stitch is nothing if not mischievous. Though he's very protective of those he loves, he's also impish, hyper and has a tendency to do things without thinking them through first. He's skeptical of the human world at first, and slow to open up, seeming to prefer his own company over anything else. Adaptable, curious and analytical, Stitch is an INTP.

Can you even imagine Disney's Aladdin without Genie? He's the perfect sidekick to the title guy, and when it comes to mentors, he's right up there with Mushu. Genie isn't just a wise-cracking, wacky, enthusiastic, wish-granting spirit. Well, he is those things, but he's also a compassionate and selfless friend, a compassionate and optimistic confidant - and most definitely an ENFJ.

This Myers-Briggs® type is highly attuned to the wants and needs of others, and helping other people grow and achieve their full potential is what ENFJs are all about. To an ENFJ like Genie, everyone's a diamond in the rough that just needs a little help and guidance in order to truly shine.

Reliable, responsible and loyal, the ISFJ is exactly the kind of friend you would want around if you found yourself in a bind—and Hercules, strong man that he is, has a knack for getting himself into trying situations. That's exactly why he needs a good friend like Pegasus to watch his back.

Pegasus is a devoted companion to Hercules. He's feisty and playful, but he knows how to be the archetypal noble steed when the situation calls for it. A splendid balance of goofball and goody-two-shoes, an ISFJ like Pegasus is the perfect sidekick to a legendary hero like Hercules.

Don't get us wrong, Frosty the snowman was great, but if we were given our druthers, we'd pick Olaf from Frozen for a sidekick any day of the week. Olaf's an optimist through and through. He's always looking at the bright side of things, even when it seems there isn't a bright side of things to be found. He's kind-hearted, imaginative, naive and, most importantly, a hilarious screwball.

Although he's a bit hapless at times, Olaf is idea-oriented and always has the very best of intentions. Like the ENTP, Olaf has no problems speaking his mind. Also like the ENTP, Olaf loves to analyze various problems and think up viable solutions for them.

Baymax's personality changes depending on his programming chip, but for the majority of Big Hero 6, we see Baymax as a healthcare-giving companion, a robot who, while slightly naive, is extremely compassionate and devoted to his patients. Baymax is extremely intelligent when it comes to the medical field, but his curiosity is so intense that it sometimes drives him to distraction.

The INFP is warm and considerate of other people's feelings, just like Baymax, and their enthusiasm for life is contagious. INFPs see the world in patterns and they make connections quickly and efficiently. Adaptable and spontaneous, INFPs see possibilities everywhere, which means they sometimes have short attention spans.

Aw, come on! How could anybody not love Baloo, Mr. "Bear Necessities" himself? That easy-going, free-spirited bear punned his way into our hearts with his most famous song in Disney's The Jungle Book, and we've been in love ever since. Baloo is a great friend to Mowgli. He's chill, he's cool, he loves a good party. Baloo is everything we aspire to be.

Baloo loves to socialize, and even though he may seem lazy and averse to responsibilities, he's loyal to his friends and doesn't hesitate to back burner his own needs to make sure his buddies are having a good time, too. With his love of socializing and his friendly nature, Baloo's a classic ESFP.

A teacup that talks, Chip Potts is an interesting Disney sidekick right out of the gate. But when you couple Chip's magical circumstances with his charming, downright precious personality, this is one Disney buddy that just can't be beat. Chip's endearingly inquisitive and playful nature makes him not only an iconic character from Disney's timeless classic, Beauty and the Beast, but also an excellent friend to Belle.

Chip has just got to be an ISFP. This Myers-Briggs® type is kind, sensitive and amiable. ISFPs know how to live in the moment and they tend to appreciate material comforts over, say, contemplating abstract ideas. This type is loyal, loving and responsible, which makes them perfect BFF material.

Thumper is too stinking cute - not that that counts as a personality trait, but we can't help but feel it's worth mentioning. When Bambi meets Thumper, the two become fast friends, and Thumper has no problems opening up and teaching Bambi the ways of the forest world.

Thumper is an easy-going, roll-with-the-punches kind of bunny. He's a social butterfly, he's got a level of confidence that rivals Peggy Hill's, he's capable, naturally happy and his adorability rating is off the charts. But, Thumper sometimes has problems reading social cues and sometimes says things that aren't very nice (remember "If you can't say somethin' nice, don't say nothin' at all"?). Thumper's definitely an ESTP.

Even though Rapunzel's best buddy, Pascal, cannot communicate verbally, it's easy to see that he cares for her a great deal. When Flynn Rider, AKA Eugene, comes into the picture, Pascal's unsure of him at first, but he slowly warms to the thief when he realizes he truly cares for Rapunzel.

Pascal is a loyal pal, exactly the kind of sidekick you would want if you were a Disney princess. Pascal wants to see Rapunzel reach her full potential, and he's just as excited as she is about exploring the outside world, but he's also more hesitant and skeptical of strangers. As an ISTJ, Pascal is responsible, loyal, trustworthy and supportive.