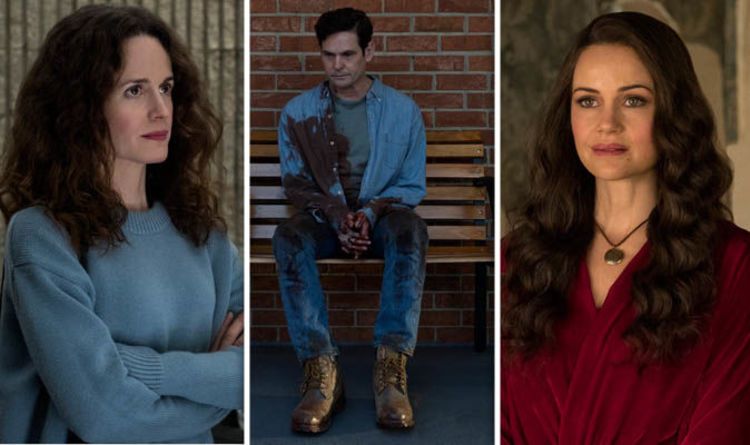 When viewers first begin watching The Haunting of Hill House, it's very easy to get the main characters mixed up. There are five brunette children, all of whom are very close in age, and frequent flashback scenes require viewers to constantly match the child with their adult counterparts. It can be exhausting, but if you hold out for a few episodes you'll notice that each character has their own unique personality that inevitably clashes with someone else's. If this series wasn't one of the best horror shows on Netflix, then it could definitely win the prize for best character development in a series. So, are you interested in the Myers-Briggs® type of each character? Your wish is my command.

RELATED: MBTI® Of A Series Of Unfortunate Events Characters

Steven Crain is an ISTJ, which makes perfect sense when you think about it. As a writer, Steven is introverted and prefers to work alone. Like Steven, ISTJs are matter-of-fact, realistic, and responsible. With such a practical nature, it's hard for Steven to accept any paranormal explanations for what's going on around him. Unlike his younger sister, Nell, Steven makes decisions logically instead of with his gut/heart, which often unintentionally hurts the people around him (i.e., his decision to profit off of their childhood trauma).

Shirley Crain is nothing if not efficient! Both in and out of work, Shirley is decisive, systematic, organized and assertive, all hallmark qualities of an ESTJ. People with this personality type have a clear set of logical standards, systematically follow them and expect everyone else to as well (they are often seen as high-handed). This can be seen in Shirley's personal convictions, particularly when it comes to Steven "exploiting" their childhood tragedies for profit, and her firm belief that everyone in the family should be as repulsed by the idea as she is (and that they should reject any monetary gain as a result). Shirley takes comfort in the moral high ground because it's hard to point the finger at yourself when you're busy pointing it at someone else.

RELATED: The Haunting of Hill House Almost Had Cliffhanger Ending

Some of the words associated with ISTPs are observant, spontaneous, detached, independent and pragmatic. Theo's "gift" of observation has definitely helped with her career, but in some ways, it has backfired and led her to become even more detached from the world around her.  Theo's pragmatic and independent nature can be seen in her decision to secretly accept her brother's book profits and use them to further her career as a child psychologist. In times of stress ISTPs often feel alienated, upset, and hypersensitive, feelings that keep Theo emotionally isolated from everyone around her.

Similar to his twin sister, Luke Crain is a sensitive introvert who is frequently misunderstood. Unfortunately for Luke, sensitive personality types often have a difficult time handling trauma and grief without using coping mechanisms, and in this case, the coping mechanism was a heroin needle. When Luke is clean, his true personality shines through and we see that he is gentle, caring, attuned to others and trusting (all attributes of an ISFP). Not only is Luke attuned to his twin sister, he's also attuned to the needs of others, often extending a helping hand and trusting people even when he probably shouldn't (his friend in rehab, for example).

Only one letter away from her twin brother, Nell is the perfect example of an INFP. INFPs are known for their idealistic, empathetic and curious natures and crave lives that are congruent with their values. Like Luke, Nell has a hard time handling the trauma in her past and is often labeled "crazy" by her siblings. Unfortunately, Nell's naturally curious nature and her earnest desire for a life free of pain is what leads her back to Hill House, where she meets her fateful end.

It can be hard to get a clear picture of Hugh's personality because he is so heavily weighed down by grief and secrets, but glimpses of his younger self reveal that he is actually an INTP. People with this personality type are contemplative, analytical, contained and great problem solvers. We see these qualities appear as he and his wife, Olivia, set about trying to "flip" Hill House in the beginning. Whenever there is a problem, Hugh is ready to tackle it head-on, whether it's mundane or supernatural. His self-containment allows him to harbor his pain for years, but also keeps him from enjoying loving relationships with his adult children.

This is a hard one, because by the end of the show Olivia's personality has been heavily influenced by the House. Before the House changed her, Olivia was clearly an ENFJ, a personality type characterized by a warm, sociable, and persuasive nature. ENFJs find potential in everyone around them and want to help others fulfill their potential. Olivia is talkative, very open with strangers, and very attuned to the house and everyone around her. Unfortunately for her children, Olivia is persuasive even in death, successfully luring them back to Hill House for nefarious purposes from beyond the grave.

Next: The Ghosts You Missed In The Haunting Of Hill House