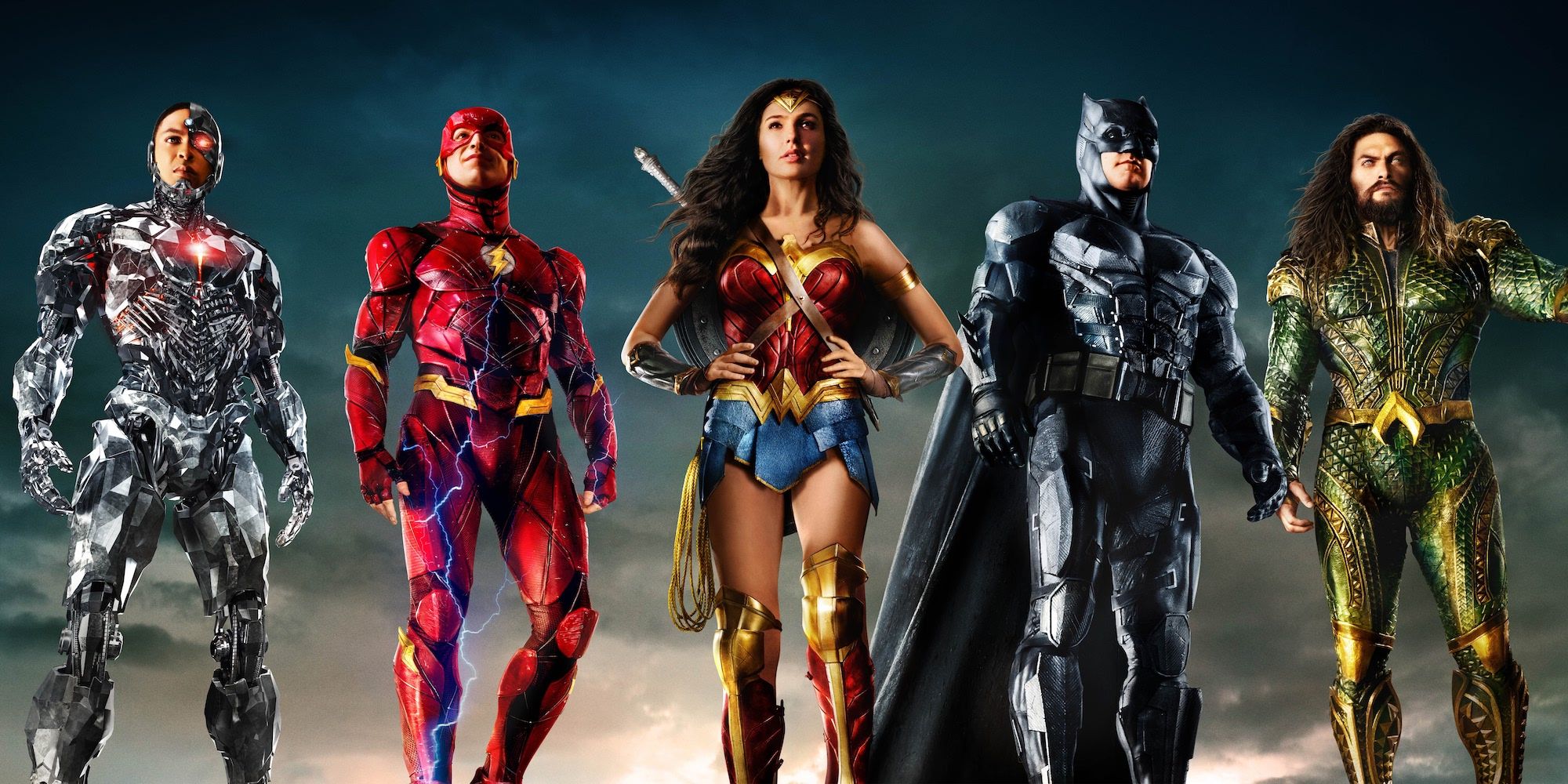 The DCEU's release of Justice League in 2017 marked the first time that DC's most famous superhero team would assemble on the big screen for a live-action feature film. DC's biggest names banded together to take on the deadly Steppenwolf, an extraterrestrial being who has come to earth in search of the Mother Boxes, each of which would provide him with overwhelming power.

With its large ensemble cast, this film sees many personalities come together in an effort to protect humankind from this urgent threat. Let's take a look at the Myers-Briggs Personality Types of the heroes who played a role in this colossal battle.

Bruce Wayne is an analytical problem-solver, who takes the initiative when confronted with a problem. Upon learning of Steppenwolf's return to earth, he reunited with Diana Prince and embarked on a mission to assemble a crime-fighting team with other superheroes, as he knew that this is not a battle that he could win on his own.

He used his cool temperament and practical logic to convince a skeptical Arthur Curry to join the Justice League, as well as convince an overwhelmed Barry Allen to get involved in the action when necessary.

Clark Kent is not only brave, but also selfless, and always puts others before himself when in the line of duty. This dependable hero did have a tough time recognizing the members of the Justice League after his revival, and his anger directed towards Batman showed his rash side, as he seemed to disregard most of the events that lead to his untimely demise.

His ability to calm down upon seeing Lois Lane arrive shows that Superman never lost his sense of compassion, and this was seen once again when he reunited with Martha Kent.

As seen from his harsh but accurate observations about other Justice League members (including the Flash's clumsiness and the fact that Batman has no powers), Aquaman is assertive and has the courage to lay down the facts without reservation. The way that he admires Wonder Woman's beauty without any inhibitions further exhibits his confidence.

The fact that it took some convincing for him to join the Justice League shows how he uses his common sense to make decisions, focusing on practical chances of success rather than sensational appeal. He is also incredibly decisive, as he showed when he decided not to save the life of a trapped pirate in the Aquaman film.

Since the start of her journey as a superhero, Diana Prince has been shown to be caring as well as concerned for the future. As soon as Steve Trevor crashed in the sea near Themyscira, Diana took action to save his life without hesitation. She then decided to leave her life on the island and travel with him so that she could stop the Second World War and bring an end to Ares' devastation.

Her enthusiasm came in handy when recruiting the reluctant Victor Stone to the Justice League, and she showed has shown her spontaneity time and again; during World War II when she ran across no man's land, and when she decided to band together with Batman to co-found the Justice League.

An excitable and bubbly character, Barry Allen has been compared to a"fanboy", which makes sense seeing as how excitable he becomes when learning that Bruce Wayne is Batman and being asked to join his team of superheroes.

He is enthusiastic when it comes to getting involved in Justice League activities, as well as conversations. Always sociable, he befriends Victor Stone when digging up Superman's grave of all times. He does sometimes seem to be out of his depth, and started to panic when seeing Steppenwolf up close for the first time, however, once Bruce Wayne convinces him to "save one life", he quickly becomes a great asset to the team.

At first glance, Victor Stone is an intense individual who shows resentment to his father for transforming into a Cyborg after his near-fatal car crash. His powers came after his father locating one of the Mother Boxes and experimented with it in his lab, consequently causing an explosion.

Although first reluctant to join the Justice League, Victor loyally carried out his responsibilities and used his insight to locate the Mother Box that was given to man to protect. He also showed his bravery when undertaking the high-risk task of separating the Mother Boxes during the final showdown.

A gentle and compassionate soul, Lois Lane was grief-stricken when Superman was killed near the end of Batman vs Superman: Dawn of Justice. Her loyal and caring nature was highlighted when Superman was revived and causing havoc; she immediately traveled to his location and talked him down from harming Batman and the other superheroes, and then took him back to the farm in an intimate moment.

Lois is also a spontaneous person with an eye for detail, as she has showcased during her time as a successful journalist. She is strong-willed, yet will always make sure to adapt herself to accommodate new situations, as was the case when Superman returned from the grave.

Displaying outstanding theoretical knowledge and life experience, Alfred has excelled at acting as a father figure for Bruce Wayne, imparting valuable advice to the leader of the Justice League. As head of Wayne's security, Alfred spends much time behind the computer monitors in the bat cave, tracking Batman's movements during missions and guiding him towards achieving his goal.

He showed much enthusiasm for Wayne when he took the decision to recruit more heroes to fight alongside him in the battle against Steppenwolf, and has always believed in and supported Wayne in his time as Batman.

As Diana Prince's mother, she is very protective of her daughter and initially did not want her to learn combat at a young age. As the Queen of the Amazons, she is a seasoned diplomat and a caring who always does what is best for her people.

While she cannot be easily swayed once her mind is made up, she does have an adaptive personality, and allowed her sister Antiope to train Diana in combat after being convinced to do so by both her daughter and her sister. She can also be realistic at times, acknowledging the hard truths and allowing Diana to pursue Ares, even though it meant bidding farewell to her beloved daughter.

Commissioner James Gordon is a staunch ally of Batman, constantly liaising with him about the latest criminal activities in Gotham City. He is systematic, and always organizes for the Bat Signal to be displayed as a means of calling Batman to action as soon as trouble starts brewing.

His loyalty is emphasized by his decisiveness in giving Batman the benefit of the doubt, such as the time that he dismissed the idea of Batman having gone bad due to a colleague showing him a girl's drawing of a criminal that slightly resembled Batman.

This entry was posted by Screen Rant on January 20, 2019 at 11:01 am, and is filed under TV News. Follow any responses to this post through RSS 2.0. You can skip to the end and leave a response. Pinging is currently not allowed.