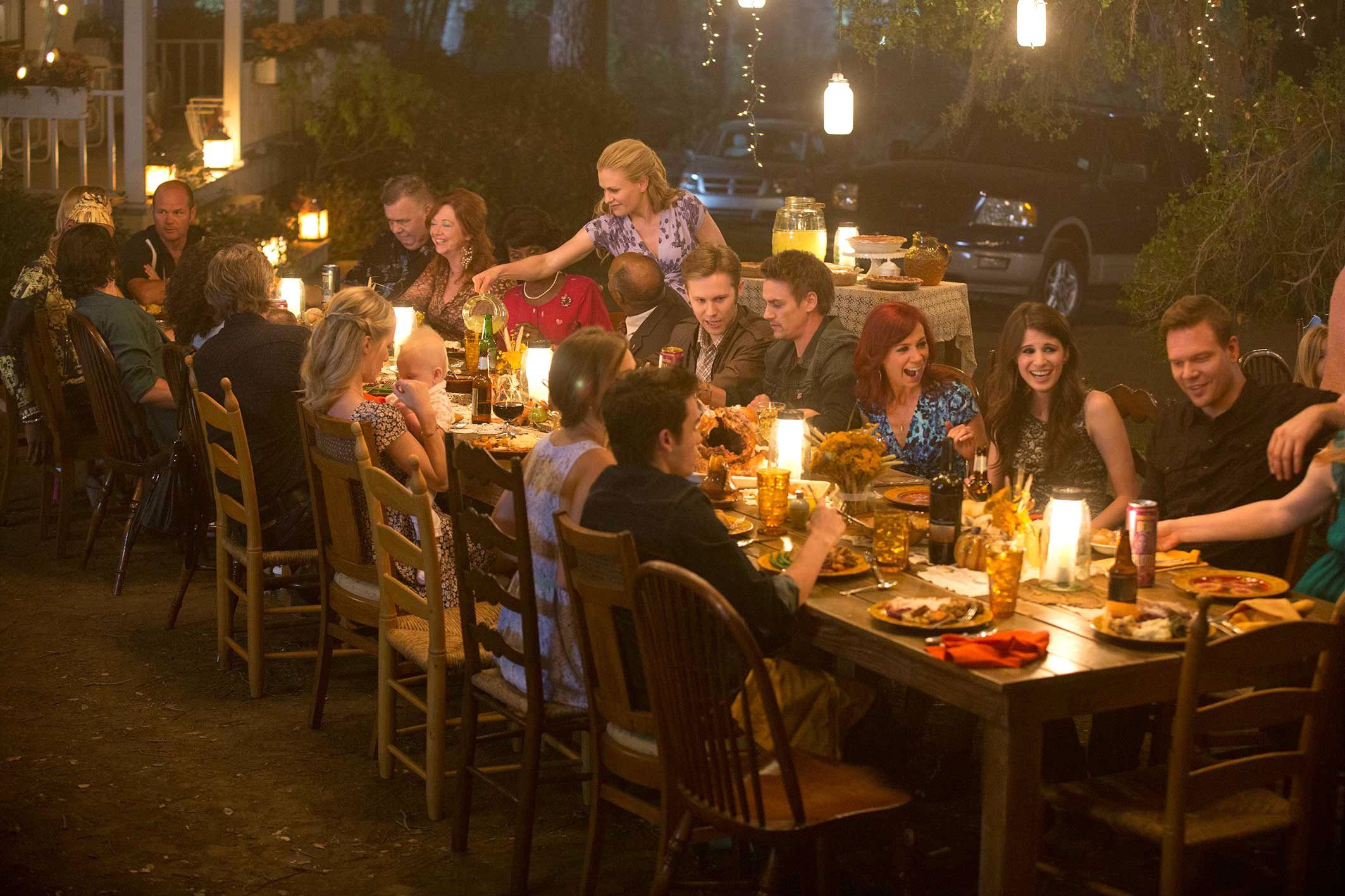 True Blood, based on The Southern Vampire Mysteries book series by Charlaine Harris, is a show that brought a bit of horror and gore back to the vampire lore. Instead of vampires that sparkled and went to high school, we got vampires that couldn't come into a home uninvited and exploded in a shower of blood if staked. But along with giving us a somewhat more traditional take on vampires, True Blood also gave us a host of interesting and varied characters. We decided to categorize some our favorites by Myers-Briggs® personality types, so without further ado, here are the MBTI® of the characters of True Blood.

Pam is Eric’s progeny and right hand. She is stubborn, judgemental, and brutally honest, but what solidifies her as an ESTJ is her ability to get stuff done. ESTJs are fantastic organizers, and Pam proves herself more than capable as the co-owner of the bar Fangtasia. In her previous life, she also ran a successful brothel, showing that despite the fact that Eric calls her lazy, she is anything but. She gets the job done when it needs to get done, although she does it with that trademark ESTJ candor by letting everyone around her know how stupid she thinks what she’s being asked to do is.

The former waitress turned owner of what used to be Merlotte’s Bar and Grill, Arlene is fiercely loyal to the people she cares about but can be inflexible with her opinions. In other words, she is an ESFJ through and through. ESFJs are loving and warm parents, and Arlene displays this clearly through her dedication to her two young children.

ISFJs are the defenders of the group. While introverted and private, ISFJs are reliable and always willing to help. Sam the Shifter fits this description perfectly. At the start of the series, he clearly has feelings for Sookie, which manifests in a quiet protectiveness (for instance, creepily watching over Sookie in dog form). Like a lot of ISFJs, Sam is shy and has difficulties expressing his feelings toward Sookie. Still, like the border collie whose form he often takes, Sam is loyal and protective.

RELATED: 12 New Character Additions That Hurt True Blood (And 13 That Saved It)

Lafayette is the head chef at Merlotte’s, played by the late Nelsan Ellis. He probably doesn't make much as a chef, but he pads that paycheck with some illicit activities on the side. ESTPs are no strangers to a little risk. They follow their own set of rules and morals instead of adhering to those set by anyone else. Lafayette doesn’t care what other people think about him and remains true to himself.

The lovably dumb older brother of Sookie is definitely an ESFP. Jason focuses on the here and now and has made a lot of impulsive decisions that have landed him in hot water more than once. Thinking about the long-term consequences and planning doesn't come naturally to Jason. But true to his ESFP nature, he is bold and open. Despite not always knowing exactly what’s going on, Jason has proven himself more than willing to put his life on the line for those he cares about.

RELATED: 20 Things Everyone Gets Wrong About True Blood

Tara is Sookie’s best friend and cousin to Lafayette. Like her cousin, she doesn’t take any crap from anyone, but unlike Lafayette, Tara keeps all of her cards very close to her chest. INTJs are highly intelligent and also highly independent. They don’t need the approval of those around them and prefer to make their own decisions and judgments. Tara makes these judgments candidly and oftentimes out loud. It can come across as a bit arrogant and abrasive at times, but hey, it’s nice to have a character who is there to say the things that we, as the audience, cannot.

Jessica is the good Christian girl turned vampire played by Deborah Ann Woll of Marvel Netflix fame. Although turning into a vampire certainly brought out her wild side, we’re still putting her in the “I” category. While she does put herself out there, Jessica does tend to be in her head and is a perfect fit for ISFJ.

ISFJs are known for their curiosity, and Jessica is a very curious person. She’s interested in finding out more about the world that her abusive parents had hidden her from. And while she could have easily lost herself in the new world of being a vampire, she shows that like a lot of ISFJs, she is sensitive to others and, like her maker Bill, prefers to hold onto her humanity as best she can.

Played by the delicious Alexander Skarsgård, Eric is the enigmatic vampire sheriff of Bon Temps and its surroundings. ISTJs are a dedicated bunch and Eric shows that he’s no exception through his steadfast loyalty to his maker, Godric, as we as his progeny, Pam. Like many ISTJs, he’s calm and practical, which enables him to rule his slice of Louisiana successfully while also running his club, Fangtasia. But at the same time, ISTJs can come across as a bit insensitive, and Eric is no exception. He does tend to be a bit harsh with his words, but then again, after being alive for over a thousand years, trying to deal with human emotions probably does become a bit exhausting.

ISFPs are sensitive souls, both in terms of other people’s emotions and their own self-esteem. Bill comes across as reserved, but charming, especially when he first meets Sookie. He spends pretty much the whole series mooning over her and passionately protecting her. ISFPs have a tendency to push boundaries, and while Bill doesn’t come across as overly adventurous, he does show that he is willing to defy what is expected of him. Instead of embracing the “traditional” lifestyle of a vampire at the beginning of the series, Bill instead just wants to be a normal person.

Sookie is the protagonist of the show and the girl everyone just has to have. But despite the attention, Sookie is rather private, like a lot of INFJs. Her ability to hear people’s thoughts make it difficult to really connect with them. But while she does distance herself from people, she is always there for her friends. She wants to do the right thing and help people, even while we, as the audience, just want to tell her to leave good enough alone. But INFJs are a determined group of people who like their passion projects, and Sookie’s just happens to be vampires who won’t leave her alone.

Disagree with some of our choices? Let us know who you would have categorized differently in the comments!

NEXT: X-Men's Anna Paquin Would Play Rogue Again - But Doesn't Think It Will Happen