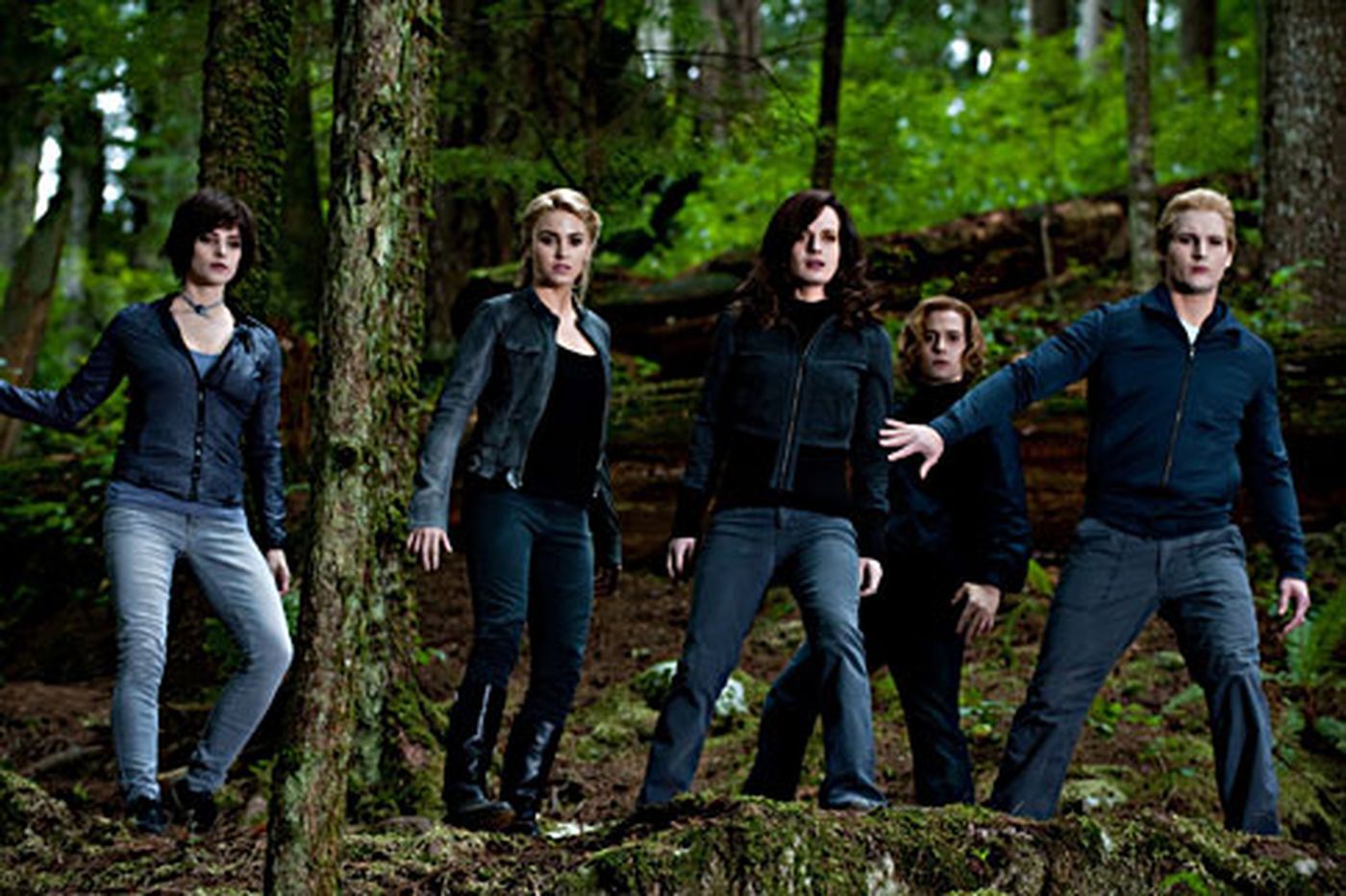 Twilight (the film) came out in 2008, but the first book was published back in 2005. Hard to believe, right? "Twihards," as their fans are called, have been obsessing over each character, writing pages of fan fiction, and delving into each vampire's unique back story for almost 15 years! The fandom would probably sell their souls for a whiff of Edward Cullen's hair or a peek at his Myers-Briggs® personality test results, but thankfully, I can provide the latter at absolutely no cost!

So, is Bella's personality more compatible with Edward's, or Jacob's? Which characters in the books are the most alike? Read on and find out. Here are the Myers-Briggs® personality test results for all the main characters in Twilight.

Edward might be a blood-sucking vampire, but he's also selective, devoted, and idealistic; all qualities of an INFP. As an introvert, Edward doesn't tend to let many people into his circle, but when he does, he's the most loyal and caring friend you can find. INFPs are also curious by nature, which explains why he simply couldn't leave Bella alone. The idea of turning Bella into a vampire repels Edward because it goes against his moral compass, and INFPs desperately desire to live a life that reflects their values.

Thoughtful idealists are also deep, virtuous, and introspective, although there's no question that Edward's "old-fashioned" opinions and beliefs are shaped by his own history.

RELATED: Twilight: 25 Things That Makes No Sense About Edward

Only one letter away from Edward, Bella Swan is an ISFP; a personality type that is characterized by a reserved, spontaneous, and trusting nature. Yep, that sounds like someone who would fall in love with a vampire! There's no question that Bella knows what she wants, and when she finds something or someone she's willing to invest in, she will not waiver. In times of stress, ISFPs can become cynical, depressed, and prone to "acute self-doubt," which we see when Bella and Edward break up and she is left inconsolable.

RELATED: Twilight: 20 Things Wrong With Bella We All Choose To Ignore

The Twilight-universe is filled with very intense characters. And Jacob Black, an ESFP, is like a breath of fresh air. ESFPs are easy-going, fun-loving, and action-oriented, all of which describe Jacob to a tee. Unlike some personality types, ESFPs are tolerant and willing to change their minds, which explains why Jacob is eventually able to accept Bella as a vampire (and accept her relationship with Edward). Perfectly suited for his werewolf role, Jacob is always wanting to take physical control of the situation and values movement and strength.

RELATED: Twilight: 20 Things Wrong With Jacob We All Choose To Ignore

Love her or hate her, Rosalie Hale is the perfect example of an ENTJ. Not one to beat around the bush, ENTJs are known for being straightforward, assertive, and tough when necessary. Self-confidence is also a very big trait of ENTJs, and before she became a vampire, Rosalie admitted that she was confident in her beauty and led a somewhat superficial life. As a vampire, Rosalie isn't afraid to question peoples' decisions and make her opinion known, which often puts her at odds with those around her.

Jasper doesn't get as much air-time as some of the other characters in Twilight, but we have enough backstory on him to determine that he's an ISTP.  This personality type is known for being detached, realistic, pragmatic, and adaptable. Before Jasper was turned, he was a soldier in the army. Aft he was turned, though, he used his detached, regimented nature to help create a newborn vampire army. Eventually, he became sick of all the violence and bloodshed, and thanks to his adaptable personality type, he was able to recreate himself and adopt a completely different lifestyle with the Cullens.

Everyone likes an ENFJ, which explains why Alice is so darn popular. Just like her personality type, Alice is bubbly, warm, sociable, and diplomatic. ENFJs are known peacemakers, but they also have a tendency to step in when they probably shouldn't, as Bella finds out time and time again. Although ENFJs are inherently likable, they can have trouble putting themselves in someone else's shoes, which is why Alice occasionally values "the greater good" over peoples' feelings.

Emmett is the perfect ESTP: outgoing, energetic, spontaneous, and fun-loving. Unlike almost everyone else in the books (besides Jacob), Emmett actually seems to enjoy life, despite everything going on around him. ESTPs learn from doing, and Emmett is always excited about taking action — whether it means fighting newborns or killing Victoria. The three things ESTPs hate the most are routines, isolation, and inaction. Emmett is always quick to respond to any challenge, whether it be winning a baseball game or protecting the people (or vampires) he loves.

ESFJs are responsible and conscientious, appreciate family, and have strong value systems. How much more Carlisle can you get?! Carlisle is warm, loving, and loyal; all he wants is to to provide a safe and structured environment for his family more than anything. ESFJs always take the feelings of others into consideration when making decisions, and work best in an environment that "fosters a family-like and harmonious atmosphere." Given that Carlisle is willing to quell his desire for human blood for centuries, it's clear that he has a strong moral compass and doesn't deviate from it.

Like her husband, Carlisle, Esme is loving, warm, and values family above all else, making her yet another ESFJ. Maybe once you've lived with someone for centuries, you eventually become just like them? Just like Carlisle, Esme wants her children to be happy and fulfilled, even if it means laying down her own hopes and dreams for them. Esme has less trouble giving up human blood than the others, possibly because of her strong values and sympathetic nature; she's warm and tactful to everyone she interacts with. Conscientious to the core, Esme refuses to take sides in family arguments.

Charlie is like that super chill, down-to-earth guy next door who keeps to himself but is always willing to lend you his tools (in other words, the perfect ISTJ). ISTJs are practical, calm, and value time-honored traditions. Charlie doesn't have to have a fancy job or car to feel fulfilled, he finds pleasure in the simple things (like visiting his friends on the reservation and putting snow tires on his daughter's car). ISTJs value routine, which explains why Charlie always orders the same meal at the same restaurants. I don't think it would be easy for anyone to accept their daughter being in love with a vampire, but ISTJs are known for being a bit rigid and close-minded, so Bella certainly has her work cut out for her.

RELATED: 10 Actors Who Regretted Being In Twilight Movies (And 10 Who Adored It)