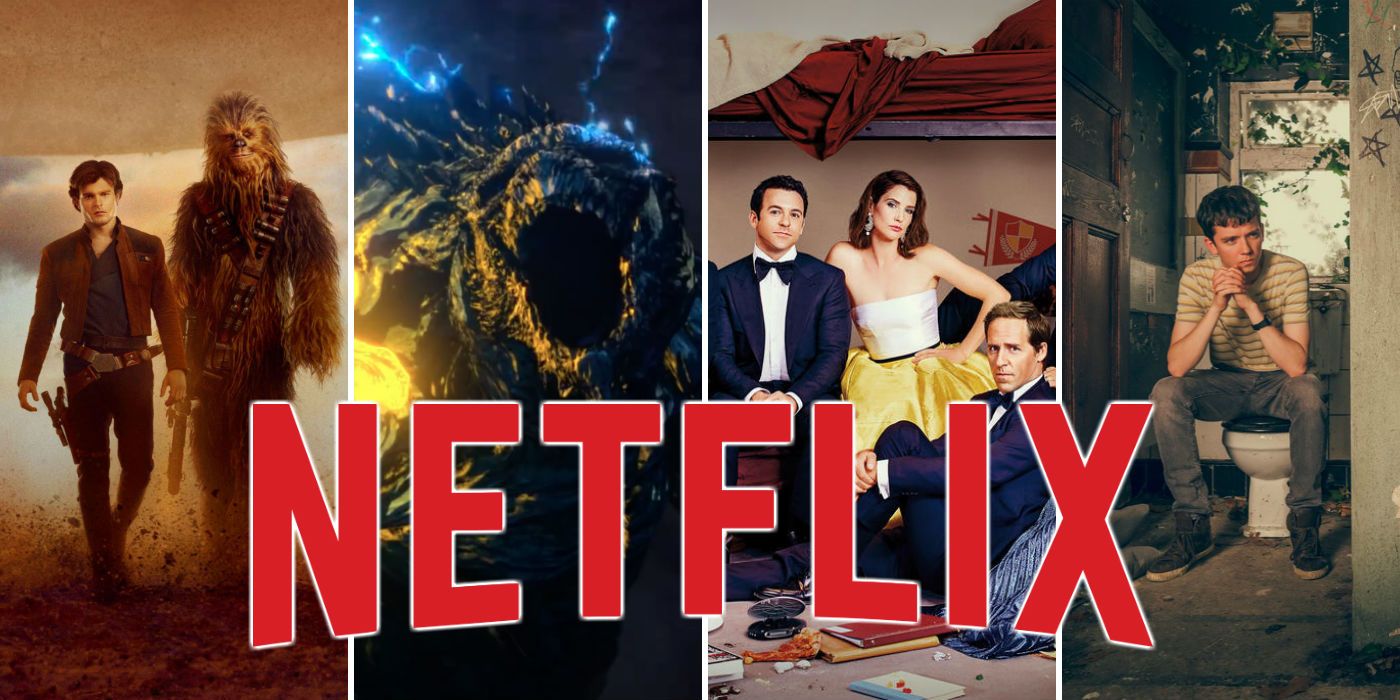 Beat the January blues this weekend with the latest TV and movie releases on Netflix. There's plenty to look forward to this month, including the second (and probably final) season of Marvel's The Punisher and the animated TV reboot of Carmen Sandiego, and Netflix has been on a roll lately with original movies like Bird Box and the twisty interactive narrative of Black Mirror: Bandersnatch.

This week's biggest new release is Godzilla: The Planet Eater, an anime film featuring everyone's favorite giant lizard. There's also a second season of comedy series Friends From College, and a brand new sitcom in Sex Education. Aside from Netflix Originals, the streaming service's library has been updated with movies like Solo: A Star Wars Story and The Fast and the Furious: Tokyo Drift.

If you'd rather curl up on the couch than go outside and face the winter cold, here's our handy guide to everything new available on Netflix this weekend.

Godzilla: The Planet Eater is the final entry in Netflix's animated film trilogy that began with Godzilla: Planet of the Monsters and continued in Godzilla: City on the Edge of Battle. Produced by Toho Animation and directed by Kobun Shizuno and Hiroyuki Seshita, The Planet Eater sees Godzilla face off against the terrifying three-headed dragon Ghidorah, who will also appear in this year's live-action feature Godzilla: King of the Monsters.

Netflix Original comedy series Friends From College returns for a second season, once again starring Cobie Smulders, Keegan-Michael Key, Fred Savage, Bill Eichner, Jae Suh Park, Nat Faxon, Greg Germann and Annie Parisse. The show sees a group of old college buddies reunited and trying to figure their lives out as they approach their forties. In season 2, Max (Savage) brings the gang back together for his engagement party - which quickly gets out of hand.

Asa Butterfield stars in Netflix Original Sex Education, a British comedy series about a high school virgin whose mother (played by The X-Files' Gillian Anderson) is a professional sex therapist. Otis (Butterfield) teams up with business-minded bad-girl Maeve (Emma Mackey) to set up his own sex therapy clinic at their school. Unfortunately, Otis then finds himself developing what seems like a hopeless crush on Maeve.

Other New Netflix Releases This Weekend