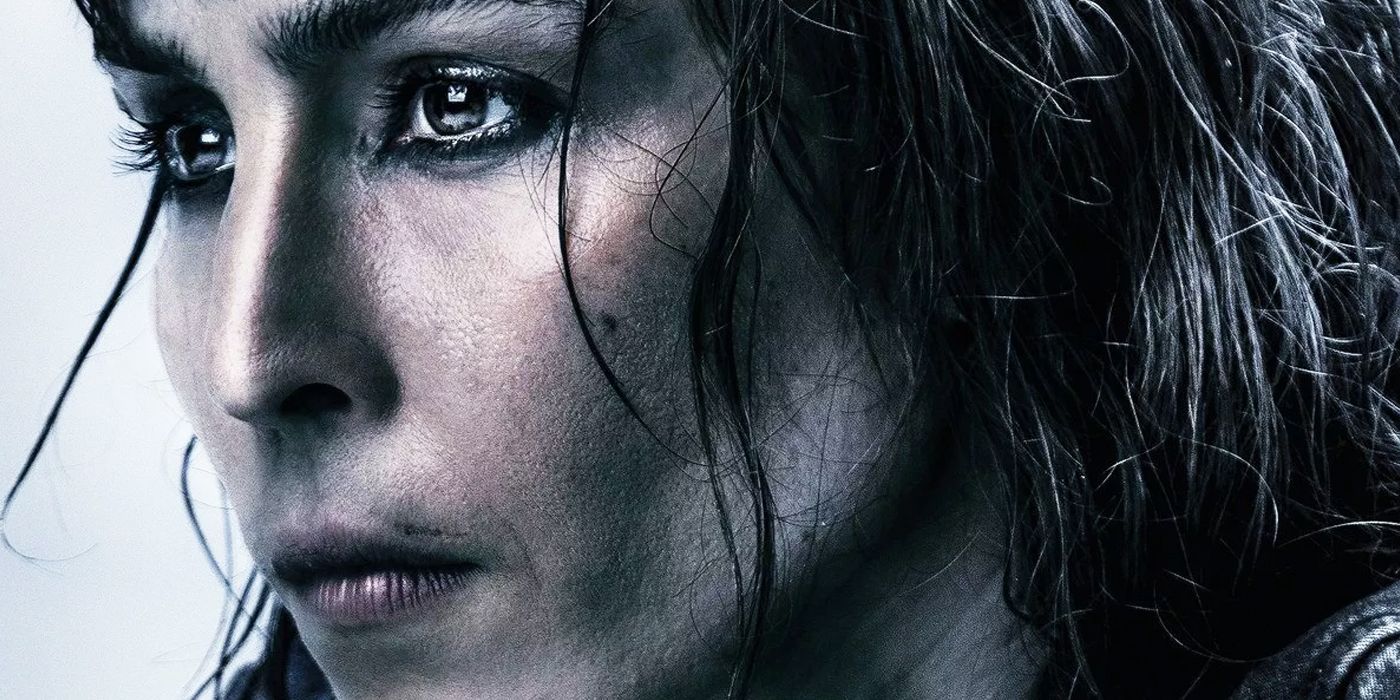 WARNING: Spoilers for Close ahead.

The action-packed ending of Close, Netflix's thriller starring Noomi Rapace (Prometheus), reveals itself to be about more than an elaborate plot to kill heiress Zoe Tanner (Sophie Nélisse). Close is directed by Vicky Jewson and based upon the exploits of Jacquie Davis, a real-life bodyguard who has protected J.K. Rowling, Nicole Kidman, and the British Royal family.

In Close, Rapace's character Sam is hired as the Close Protection Officer (CPO) for Zoe Tanner, who inherits controlling shares of Hassine Mining, a Moroccan conglomerate, when her wealthy industrialist father Eric passed away. Eric left the company to Zoe and not her stepmother Rima (Indira Varma), whose family founded Hassine Mining. Rima is bitter that spoiled party girl Zoe, who she doesn't get along with, now legally controls the company on the eve of a major corporate deal: Hassine Mining is competing with an Asian firm called Sikong for a lucrative contract to control phosphate mining in North Africa. For her part, Sam is brought aboard to guard Zoe for one week at a fee of $10,000; Sam is specifically chosen because she's a woman and therefore isn't someone who would have sex with Zoe, unlike her previous bodyguard.

The night Zoe and Sam arrive at the Hassine kasbah (literally 'fortified house') outside of Casablanca, Morrocco, the internal security is compromised as armed men assault the house to kill Zoe. The pair goes on the run, suspecting Rima is behind the plot. What results is a tense, semi-realistic thriller with an overriding mystery at its core. Here, we'll explain what happens in Close's ending once everybody reconvenes back as the kasbah, who was targeting Zoe, and what it all really means.

What Happened In Close's Ending?

At the end of Close, Sam and Zoe lock themselves into the kasbah's control room where they have access to all of the cameras monitoring the house. The police arrive but they are really working for The Suit (Christopher Sciueref), another assassin hired to kill Zoe. Rima arrives by helicopter and Zoe and Sam, expecting her to reveal herself as behind the plot, are shocked to see The Suit brutally attack Rima. Zoe leaves the control room with Sam locked inside and attacks The Suit, eventually shooting him with his own gun. Another man enters the room and attacks Zoe as Sam struggles to remember the passcode that will open the control room door. She finally recalls the code is Zoe's birthday and arrives in the nick of time to save Zoe and Rima. Sam shoots the man dead, although her right arm is wounded by a gunshot in the process.

When it's all over, Zoe, Sam and the injured Rima go outside as the gates to the kasbah open. The real police arrive along with Zubari, who works for Rima. As Rima receives medical attention, Zoe parts ways with Sam, urging her to call her estranged daughter and connect with her. Sam finally leaves Zoe behind with Rima and heads back home to Los Angeles.

Who Was Really Trying To Kill Zoe In Close?

Close set up Rima as the obvious culprit in the plot to kill Zoe, yet that doesn't quite line up; the audience is definitely meant to believe Rima is orchestrating the murder of her stepdaughter, but it turns out that while she has no great affection for Zoe, she wasn't trying to have her killed after all.

Instead, it seems all of the assassination attempts were orchestrated by Sikong. The rival corporation didn't have pockets as deep as Hassine Mining but when Zoe received controlling shares, they saw their chance to throw Hassine into chaos and lower their stock. Killing Zoe would have automatically jeopardized the deal, though her becoming a fugitive was just as effective at pulling the rug out from under Rima, forcing her to raise her bid. Ultimately, Rima walked away from the negotiating table altogether.

At one point in Close, Rima claims she's being blackmailed, although it's not stated by whom or if that was just what she suspected was happening - this was likely a clue to the mystery. One aspect that isn't directly addressed, however, is how the first wave of killers was able to acquire Rima's passcode to override the kasbah's security; it's possible that Zoe's original bodyguard, who was fired for having sex with her, betrayed his former employers and sold the info to Sikong, but the film leaves this as an unexplained plot hole.

Protecting Zoe Was Really About Sam Not Knowing Her Own Daughter

Sam is a skilled professional but her dedication to protecting Zoe went above and beyond her $10,000 fee. The reason why is the key to understanding her character and her actions in Close.

When Zoe and Sam arrived at the kasbah, Sam's time as Zoe's bodyguard was nearly up; she was meant to leave in the morning until the first group of assassins attacked. The first hint of why comes when Sam contacts her boss at Black Sky Security Management, Conall; when arriving with fake passports for their cover to get to Spain (but before he's murdered by assassins), Conall infuriates Sam by telling her that he knows about her kid, and that he thinks staying and continuing to protect Zoe isn't going to fix anything.

Along with the immense dangers of her job, the guilt of constantly shutting her daughter out was affecting Sam physically and emotionally. She had developed a smoking habit to deal with the stress, and at one point Zoe witnessed the normally stoic Sam suffer an emotional breakdown. As she finally revealed to Zoe, Sam got pregnant at 16 and gave her baby up for adoption because she wasn't ready to be a mother. Sam's daughter has regularly tried to contact her but Sam continually ignores her calls, perhaps feeling that her lonely and dangerous life as a bodyguard leaves no room for a family.

This is what Sam unlearns by Close's ending. She and Zoe are at odds for most of the movie, with Sam coldly rebuffing a grateful Zoe's attempts to get to know her better ("I'm not your friend," Sam tells her). However, it gradually becomes clear that protecting Zoe, who at about 19 or 20 is roughly the age Sam's daughter, was really about trying to be there for her in the way she never was for her own daughter. In the end, Sam promised Zoe that she would make contact with her real daughter.

Close Is Really About Mothers And Daughters And Women Fighting Back

Since neither Zoe and Rima nor Sam and her daughter were close, Close is actually about estranged mothers and daughters choosing to make a connection with each other. In the end, despite enormous corporate pressures, Rima decides Zoe's life is more important and decides to walk away from the deal. In turn, Zoe realizes that Rima does, in fact, care about her and she risks her life to save Rima from The Suit. Sam, despite trying to maintain an emotional distance, also comes to care for Zoe, who grows up a lot thanks to the harrowing ordeal she endures.

The vital lesson Sam imparts to Zoe is to fight back; when assassins attack them in the Casablanca hotel, Sam instructs Zoe to fight off her assailant and do everything she can to not be kidnapped. Zoe grew braver throughout Close and thought nothing of risking her own safety to kill The Suit and save Rima. In the end, Close was about Sam and Zoe enduring an unimaginably violent ordeal but growing stronger - and forming closer bonds - because of it.

Next: Netflix's Best Movies & TV The Weekend of January 18th

Close is available to stream on Netflix.