« That ’70s Show: 20 Things Wrong With Donna We All Choose To Ignore
5 Horror Movies Getting A Reboot (And 5 Others That Deserve One) »

Netflix’s Medici: The Magnificent: What The Show Got Right (And Wrong) 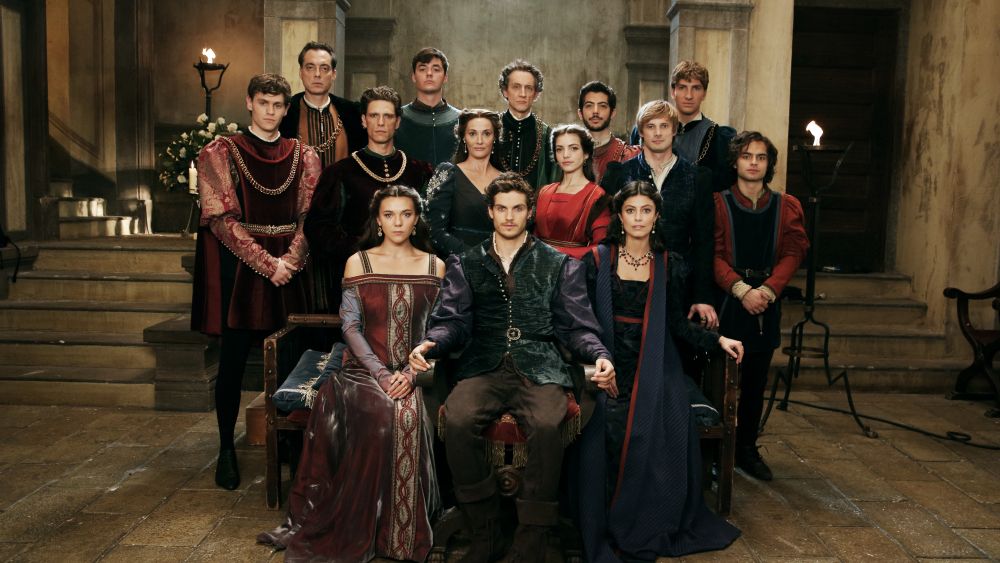 The Medici family were one of the most powerful and influential families in 15th century Europe. They were wealthy bankers, savvy businessmen, and brilliant political strategists. They rose to the highest ranks of Florentine society. Their influence and power spread far beyond the city. The exploits of this powerful family have been brought to Netflix in Medici: Masters Of Florence. The show gets a lot of details right and has plenty of historical facts peppered throughout, as is often the case with historical dramas, but there’s also plenty of artistic licenses. Read on to see what Netflix got right and where they took some liberties.

RELATED: 15 Most Historically Inaccurate Movies Ever

In the show, Cosimo is a bit of a romantic. He loses himself to a hot and passionate romance with a beautiful commoner. His love interest never actually existed but he did have other racy relationships. During his exile, Cosimo met a beautiful slave named Maddalena. The two of them bore an illegitimate son. Cosimo’s son was accepted into his family and was raised by his wife. While scandalous, this wasn’t uncommon for his time. Bianca may not have stolen Cosimo’s heart, but he was a bit of a lady’s man after all.

RELATED: Next James Bond Could Be GoT Star Richard Madden

The show covers the exile of Cosimo at the hands of the Albizzi family. This tantalizing fact is 100% true. The Albizzi family saw the Medicis as rivals who threatened their own wealth and power. They had every right to fear the meteoric rise of this incredibly powerful family. They even launched a smear campaign to muddy the Medici name. Cosimo was eventually arrested, imprisoned, and exiled. As with anyone, his time in prison was marked by extreme paranoia. He was so afraid of being poisoned he wouldn’t eat anything served to him. Special arrangements were made to allow food to be prepared for him by his family.

8. True: Connection To The Papacy

The Medici family connection to the papacy was legendary. As bankers, they held the account of the pope himself. The wealth of the Vatican today surpasses many countries and that was no different in the 15th century. Handling that sizable of a fortune for that powerful of an office gave the family great power and status. From the late 15th century through the 17th century, four Medici men would rise to the rank of the Pope. That’s a distinction few families have.

Many facts about the Medici family may seem exaggerated for TV. If there’s one thing the writers of the show didn’t need to embellish for drama, it’s the reach of the Medici family’s influence and power. This part of the story isn’t embellished at all. The Medici family owned one of the largest banks in Italy with branches in several cities. They were closely connected to the papacy with several family members becoming Pope themselves. Their reach extended beyond Florence but their influence within the city was enormous.

In the show, it seems the family has access to nearly limitless wealth. They finance a never-ending list of culturally significant works, including the facade of the San Lorenzo Church. Fans may make the mistake of assuming that the family’s patronage of the arts was dramatized for the show. Nothing could be further from the truth. You could say that the Medici family were the financial backers of the Italian Renaissance. If it weren’t for their deep pockets, the world would be without many iconic pieces of priceless art.

History adapted for entertainment is often altered. Sometimes what really happened just won’t make for great ratings. The series opens on the death of the Medici family patriarch, Giovanni di Bicci de Medici. In the show, he’s seen admiring a gorgeous vineyard and indulging in a healthy snack. The grapes in his bowl were poisoned and Giovanni dies among the vines. While dramatic, this just isn’t how it really went down, though. The eldest Medici wasn’t murdered. The date of his death is known and it doesn’t even fall within the grape growing season. This scene is 100% fiction but it certainly adds dramatic flair.

Florence is a breathtaking city and it makes a dramatic backdrop for any story. The Medici family events portrayed in the show took place in the 15th century. During this period, some of Florence’s most beautiful and iconic buildings had a much different appearance. The show features many shots of the San Lorenzo Church and it prominently features a large red dome. However, that feature of the church hadn’t been built at the time the show is set. There are also several shots of the Duomo. The impressive cathedral would not have the famous facade included in the show until four centuries after the story takes place. These are minor details but to a serious history buff, they may stand right out.

No one can resist a passionate love story. Especially set against the romantic background of Renaissance Florence. In the show, Cosimo falls madly in love with the beautiful commoner Bianca, and a whirlwind romance swept the pair away. Unfortunately for Cosimo, Bianca never existed. The beautiful love story is purely a work of fiction. That doesn’t mean Cosimo never fell in love, though. He would go on to enjoy his marriage and have an illicit affair.

2. Fake: Not So Handsome

When casting an actor in a historical role, their resemblance to their character isn’t always a top priority; all actors are often pretty good looking. The stars of Medici: Masters Of Florence are no exception. Seeing how gorgeous the cast is might give viewers the idea that this powerful family was also beautiful, but that just isn’t the case. Portraits of the Medici men tell a different story. Medici men were not as beautiful as those portraying them. The family also suffered from several genetic conditions and had a history of arthritis. prone to get gout. That’s not as glamorous as the show would lead you to believe.

First of all, this show takes a lot of liberties when it comes to the love lives of the Medici family. Romance probably wasn’t prime time ready in the 15th century. Lorenzo de Medici is portrayed as quite the ladies man. He uses women for his own amusement and discards them. That is until he falls madly in love with Rosa. Rosa captures Lorenzo’s heart and Lorenzo never marries. No woman could ever compare to his great love. Lorenzo went on to marry and have two sons. Unfortunately for fans, there is no evidence Rosa every existed.

RELATED: Hulu Vs Netflix: 5 Shows From Each That Might Help You Make Your Decision