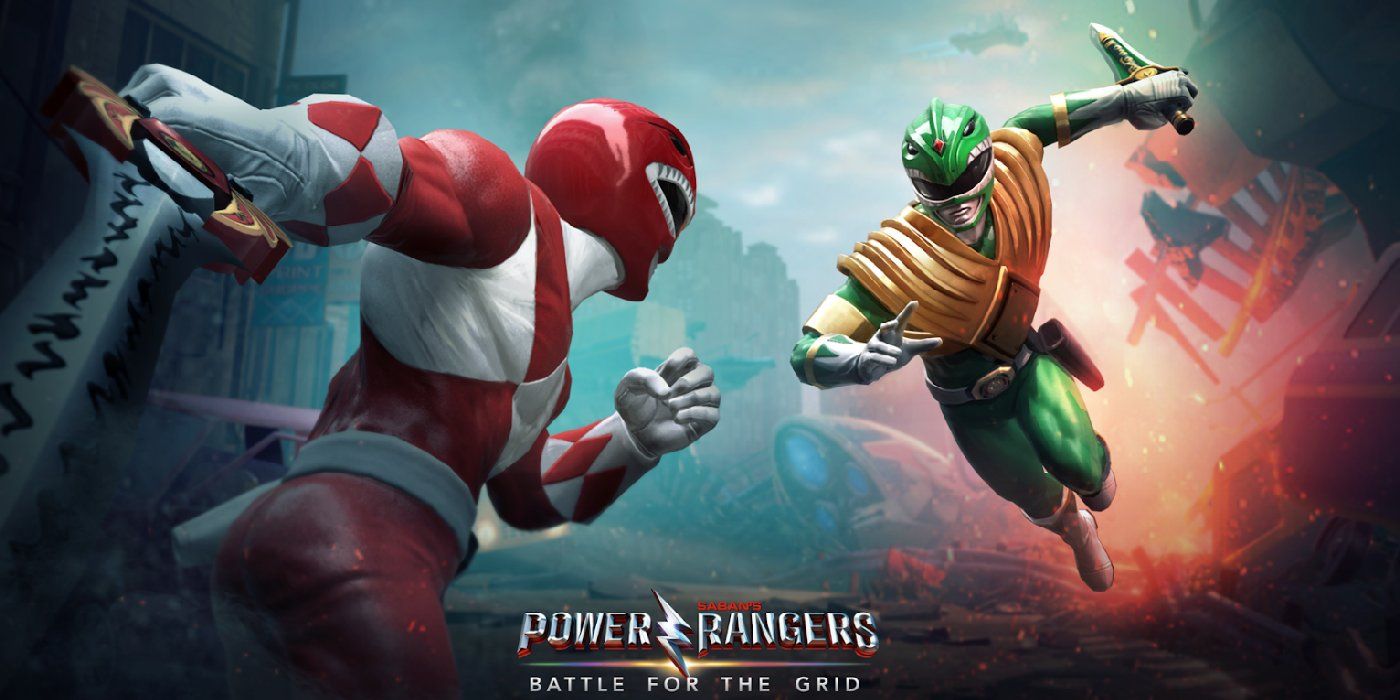 A new Power Rangers fighting game has been announced for the Nintendo Switch, Xbox One, PlayStation 4, and the PC, titled Power Rangers: Battle for the Grid. The game comes from the studio behind the popular mobile game, Power Rangers: Legacy Wars.

Developed by nWay Games and released in 2017, Power Rangers: Legacy Wars was an iOS and Android game that focused on tag-team combat. The game was set in the same universe as the 2017 reboot film, but players were able to encounter and play as Rangers from across several generations. Power Rangers: Legacy Wars received over 45 million downloads, and due to the game's success, a group of fan-favorite characters from the Street Fighter series were added in 2018. Now, a follow-up from nWay Games has been revealed.

It has been announced that nWay Games is partnering with Hasbro and Lionsgate for Power Rangers: Battle for the Grid. A trailer has already been released, which features Jason David Frank, who played the original Green Ranger, and it will come to all consoles in April 2019 - arriving on PC later on in the year. One of the game's most important features is that it will allow cross-play across several platforms. Players who own the PC, Switch, and Xbox One versions will be able to play together, though there's no word yet if cross-play will be incorporated into the PlayStation 4 version.

Power Rangers: Battle for the Grid will include new and classic Rangers, as well as villains. Players can assemble teams of Rangers and battle it out in online matches, and new modes and content are expected to be released throughout the year. Those who pre-order the game will receive a Green Ranger V2 character skin. Power Rangers: Battle for the Grid will be priced at $19.99, and the Collector's Edition, which includes the Season One Pass and other bonuses, will be available for $39.99.

The upcoming game features impressive visuals, and considering the inclusion of cross-play, it could have the potential to become a major hit. The controls are said to be streamlined for the benefit of newcomers to the genre, but some of the gameplay mechanics are designed to make it difficult to master, which could certainly appeal to competitors. Being able to play with others across multiple platforms could also increase the game's popularity and promise hours of fun for both new and old fans of the Power Rangers franchise.

Power Rangers: Battle for the Grid launches on the Nintendo Switch, PlayStation 4, Xbox One in April 2019, and for the PC later in the year.