Nicolas Cage Starring In Lovecraft Adaptation Color Out Of Space 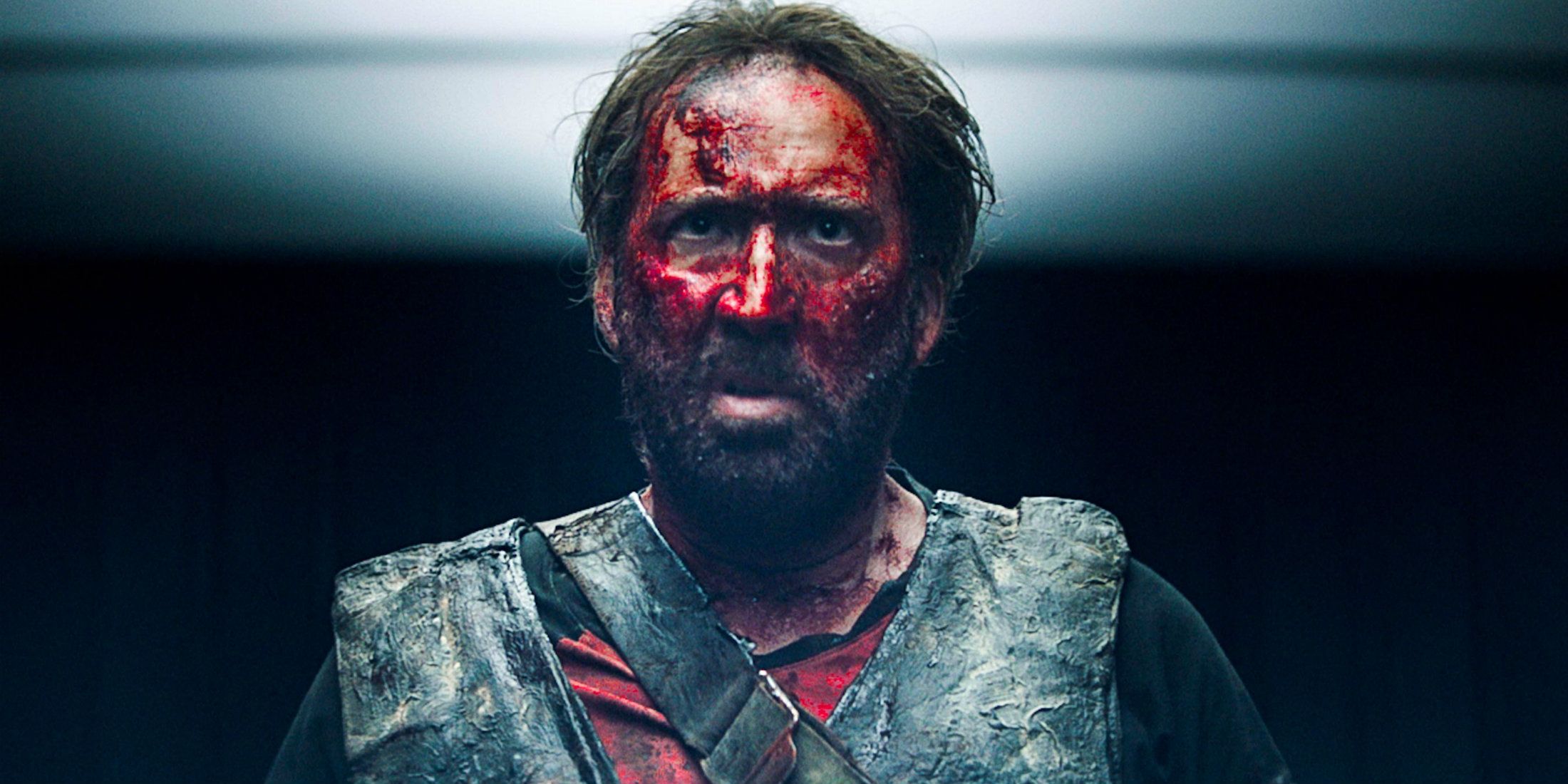 Nicolas Cage has signed on to star in Color Out of Space, an adaptation of the H.P. Lovecraft novella, to be directed by noted cult filmmaker Richard Stanley (Hardware). The Oscar-winning Cage continues to be one of the most prolific actors in movies, with at least seven projects upcoming, including his usual slate of multiple low-budget action flicks.

Though Cage has largely confined himself to such B-level fare in recent years, the actor maintains a loyal fanbase and remains a pop culture figure of note. Last year, the actor indeed scored one of his biggest triumphs in years with his performance as the vengeful Red Miller in Panos Cosmatos' bizarre, psychedelic head-trip revenge movie Mandy. Cage also appeared as the voice of Spider-Man Noir in the Oscar-nominated animated film Spider-Man: Into the Spider-Verse. The actor also lived his dream of playing Superman - sort of - by voicing the Man of Steel in Teen Titans Go! To the Movies.

As reported by The Wrap, Cage will now reunite with Mandy producers SpectreVision for Color Out of Space, another project that promises to be an unhinged, visually arresting horror film. Joely Richardson, Tommy Chong, Elliot Knight, Julian Hilliard and Q’Orianka Kilcher will also star, with principal photography expected to begin next month. Adding another fascinating layer to the project, the film will be directed by Richard Stanley, the one-time rising filmmaker known for his early cult movie Hardware whose career was derailed when he was fired from the infamous turkey The Island of Dr. Moreau. Color Out of Space will mark Stanley's first feature film since his brutal experience on Moreau, which was recounted in the compelling documentary Lost Soul: The Doomed Journey of Richard Stanley's Island of Dr. Moreau.

Rather than ease himself back into the filmmaking game, Stanley will tackle the always-daunting task of adapting Lovecraft, one of the most notoriously "unfilmable" writers of all-time. Written in 1927, Lovecraft's The Colour Out of Space tells of the strange happenings that ensue after a meteor crashes in a remote area of New England, unleashing a destructive force that causes animals to become deformed and people to go insane. Stanley and Cage's new take on the story will follow the Gardner family as they move to rural New England to get away from the 21st Century rat race, only to be faced with Lovecraftian horror when the titular "color out of space" arrives on earth and begins mutating all life around them. The scenario is indeed similar to last year's Annihilation, a film with clear Lovecraft influences, and also bears similarity to Stephen King's Lovecraft-inspired Tommyknockers, which is itself getting a new film version from James Wan.

Adapting Lovecraft has always proven a tough assignment for filmmakers, given the grotesque, at times indescribable nature of the writer's various mythic creatures and other alien entities. The years have however seen a few effective Lovecraft adaptations, notably the 1985 comic horror film Re-Animator, as well as 1986's From Beyond. Another potentially brilliant Lovecraft adaptation was planned by Guillermo del Toro with his attempt on At the Mountains of Madness, but sadly del Toro's ambitions were too great for Hollywood and he was forced to abandon the project, much to the chagrin of Lovecraft and del Toro fans alike.

It remains to be seen if Stanley and the team at SpectreVision will crack the code when it comes to adapting Lovecraft. After the success of Mandy, which itself had a considerable Lovecraftian element, there's reason to be enthusiastic that Cage and company will at least deliver another wild ride, even if their take on Color Out of Space fails to please hardcore devotees of Lovecraft.

More: All 17 Unmade Guillermo del Toro Movie Ideas & Why They Were Canceled