« This Is Us: 20 Wild Revelations About Jack And Rebecca’s Relationship
Toy Story 4 Plot Details Reportedly Revealed »

Nicole Kidman Is The Current Queen of 2019 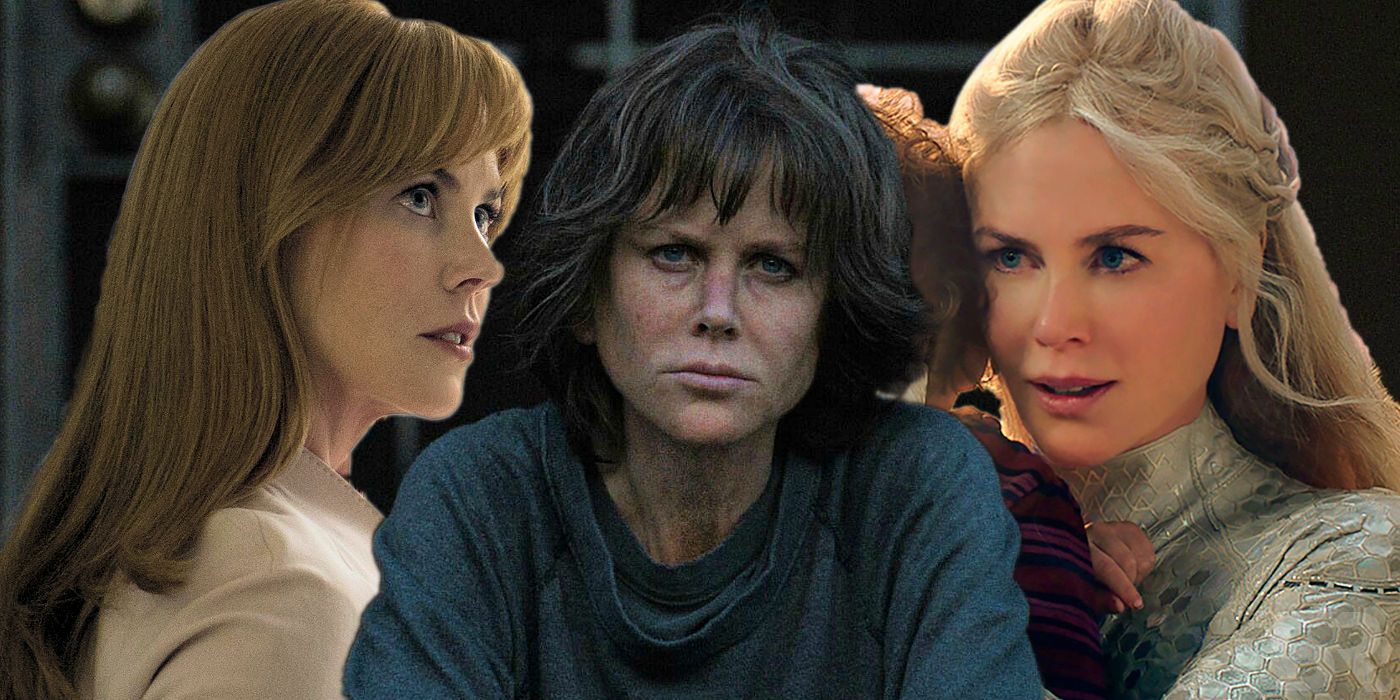 Nicole Kidman is currently rocking 2019 with multiple box office hits and chances to win some of the year's biggest awards. While she is generally considered one of the best actresses of her generation, Kidman is a public figure and talent whose work is often heavily underestimated.

While she has been in the business for over 35 years, won an Oscar and an Emmy, and worked with some of the best directors on the planet, it's all too easy to find articles dedicated to discerning whether she's still relevant. According to the media, she's had multiple comebacks, although the reality of the situation is that she's always done good work but not always been respected for it.

Related: Is The Upside Based On A True Story? The New Remake Is... Complicated

Interestingly, that’s what makes her sudden domination of the box office at the beginning of 2019 so intriguing. Sure, she’s always had critical favor in her corner, but bona fide commercial success is another thing entirely, and even more so when it’s tied to popularity with the public.

Nicole Kidman's Movies Are Killing It At The Box Office

Kidman started off the year on top of the box office thanks to DC’s Aquaman. While Kidman’s role as Arthur’s mother Atlanna is small and she’s not front and center in the marketing for it, it’s still a point in her corner to be a key cast member in one of only five 2018 films that made over $1 billion at the worldwide box office. An Aquaman sequel is all but guaranteed, as is Kidman’s return to the franchise, and it never hurts to have a solid commercial series under your belt in-between more independent fare. On top of that, the film that toppled Aquaman from the number one spot of the domestic box office was another Kidman film: The Upside.

Related: Aquaman's Box Office Success Was Better Than Anybody (Even DC) Expected

Despite premiering at the Toronto International Film Festival in 2017 to mixed reviews, The Upside, a remake of the 2011 French film The Intouchables, saw its release shelved following the sexual abuse allegations made against Harvey Weinstein, due to the film being distributed by The Weinstein Company. It was eventually bought by STX Entertainment and Lantern Entertainment (the successor of The Weinstein Company) and given a release during a dry month. Many predicted it would sink without a trace, but the star power of its central trio helped power it to a $20.4 million opening weekend.

Nicole Kidman Has Two Serious Shots At The 2019 Oscars

Kidman has been busy recently, with no fewer than 17 film credits under her belt over the last five years, as well as two acclaimed TV shows. Last year alone saw her with two major awards contenders in play this Oscar season: Destroyer and Boy Erased. Both films have garnered Kidman immense acclaim and each role could not be more different from the other. In the former, Kidman is a traumatized cop investigating a murder, while in the latter, she is the conflicted mother of a young man who is sent to a gay conversion camp.

Kidman's versatility and ability to physically transform herself for the part is well-known, but 2018 was the most potent example of that, with two attention-grabbing parts that could have sunk into melodrama or camp if not handled properly. While Kidman’s chances at an Oscar aren’t as strong this year as they have been in others, it’s notable in and of itself that she’s been so present in awards conversations these past few months. We now expect her to be in that Oscars narrative because she’s that good and her work is consistently that interesting. There aren’t many other major stars of Kidman’s level in Hollywood that can lay stake to that claim.

Big Little Lies Season 2 Is On The Way

Kidman's appearance in Top of the Lake season 2 marked her first real transition onto the modern small screen, but it was Big Little Lies that let her truly shine. The series, which she also executive produced with co-star Reese Witherspoon, became a legitimate cultural phenomenon, garnering rapturous reviews as well as a dedicated fan-base. For that role alone, Kidman won an Emmy, Golden Globe, Critics Choice Award, and a Screen Actors Guild Award, thus making her easily the most rewarded of the ensemble. Big Little Lies was such a success that HBO renewed the series for season 2, based on entirely new material written by the author of the original book, Liane Moriarty.

That won't be the last time Kidman is on screen this year, either. Audiences will also see her star in the adaptation of Donna Tartt's Pulitzer Prize winning novel The Goldfinch, and she's also playing former Fox News anchor Gretchen Carlson in the already controversial biographical drama of the network, Fair and Balanced. So much has already happened, but there's still a lot on the horizon for her.

More: Every Movie Releasing In 2019

This entry was posted by Screen Rant on January 20, 2019 at 2:01 am, and is filed under TV News. Follow any responses to this post through RSS 2.0. You can skip to the end and leave a response. Pinging is currently not allowed.