None of Glass’ Many Twists Actually Make Sense 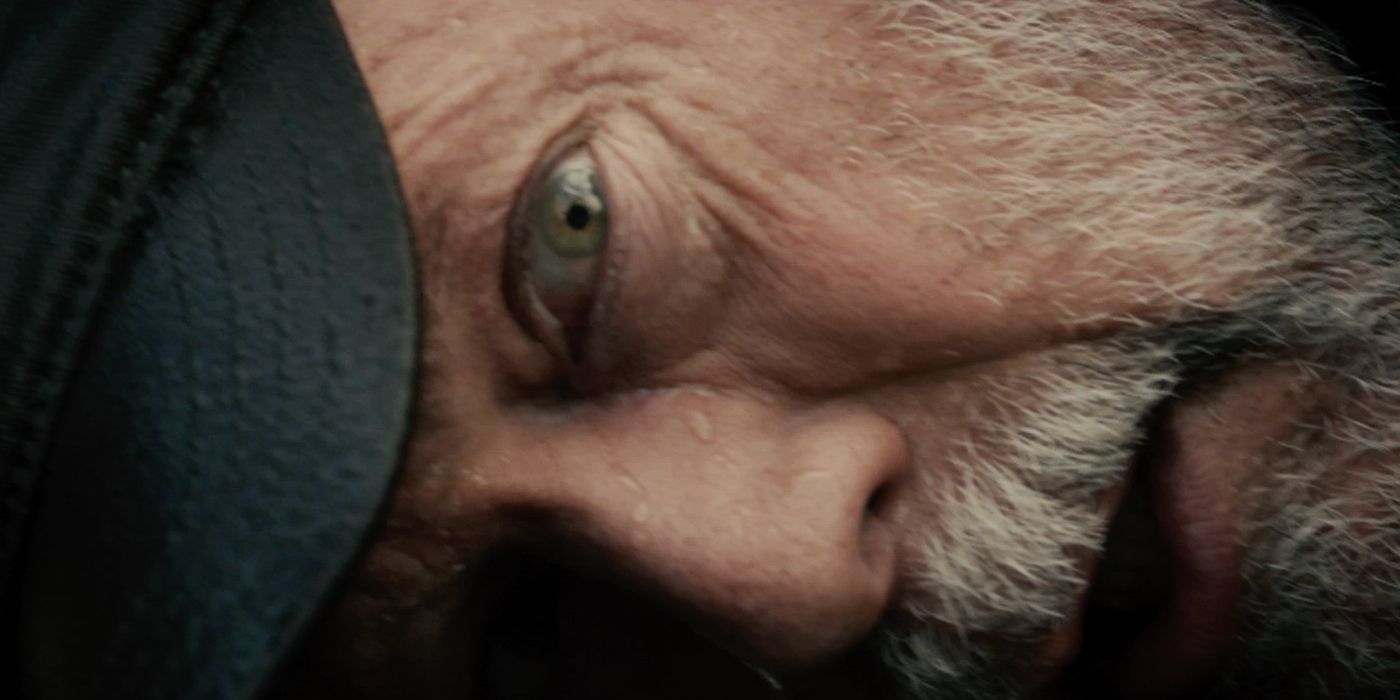 There is little rhyme or reason to the twists in the climax of Glass. The fact that an M. Night Shyamalan film should contain a twist ending is hardly a revelation or a spoiler, given that most of his movies to date have featured an 11th-hour surprise that changed the meaning of the movie. Unfortunately, with three twists in Glass, it seems that Shyamalan has finally run out of tricks.

Shyamalan first found fame in 1999 with his third film The Sixth Sense. It was a critical and commercial success, earning six Oscar nominations (including Best Picture, Best Original Screenplay, and Best Director), as well as making Shyamalan an international sensation overnight. The Sixth Sense became particularly famous for its twist ending, which has gone on to become one of the most famous in film history. Shyamalan enjoyed similar success with his following films, such as Signs, most of which also employed twist endings to increasingly diminished effect.

Related: Do You Need To See Split & Unbreakable To Understand Glass?

Sadly, Glass seems to have proved the critics, many of whom concluded Shyamalan was a one-trick pony, correct, which is clear by Glass' brutal reviews. The film seems to be trying to build on the success of Shyamalan's last film, Split, and cash in on the popularity of superhero movies that has swelled up in the two decades since Unbreakable. The end result is that there were three twists in Glass' ending, but none of them are surprising or well-executed.

The first twist in Glass comes near the end of the climactic battle between The Beast (James McAvoy) and David Dunn (Bruce Willis). After engineering their escape from the psychiatric hospital where they are being observed by Dr. Ellie Staple (Sarah Paulson), Mr. Glass (Samuel L. Jackson) informs David of his intention to let The Beast loose at the grand opening ceremony of a new skyscraper, as well as his plan to blow it up. This spurs David to escape from his own cell, using his super-strength to breakdown a reinforced steel door and give chase to the two supervillains, fighting The Beast on the hospital lawn as Mr. Glass watches.

At one point, as The Beast is moving in to continue the battle, David's son, Joseph (Spencer Treat Clark), runs up and tells The Beast that Mr. Glass is responsible for creating him. It turns out that the father of Kevin W. Crumb - the young man who developed The Beast along with several other distinct dissociative/split identities after years of abuse at the hands of his mother - was killed by the same train crash that Mr. Glass engineered in the hopes of finding a super-strong and invulnerable person like David. Without his father around to protect a young Kevin Crumb, there was nobody to stop The Beast and his Horde from being born. This knowledge leads to The Beast turning against Mr. Glass and inflicting the injuries that ultimately kill the mastermind villain.

This might be a stunning twist worthy of a super-villain team-up from the comics, except for one small problem: the twist only confirms a fan theory that has existed online for years. Most of Shyamalan's movies are set in Philadelphia, and it was established in Split that Kevin Crumb's father died in a train crash when he was a child. When it was confirmed that both Split and Unbreakable were set in the same universe, it was a simple matter for fans to count the years between the train crash and the events of Split to guess that both train crashes were one of the same. Besides, everyone knows comic books thrive on this kind of coincidence.

Glass' Clover Twist Has No Set-Up

The second twist in Glass comes later, as the authorities finally swarm the scene of the fight. After Casey Cooke (Anya Taylor-Joy) is able to calm The Beast and let Kevin's personality reassert control, he is shot in the stomach by a police sniper. As David is recovering from having been tossed into a water tank, he has his face forced into a puddle and is drowned by a SWAT officer. Both police officers, along with Dr. Staple, are revealed to have the same tattoo of a three-leaf clover on their wrist.

Before David dies, Dr. Staple allows him to touch her hand, triggering his power to see what evil things a person has done. He experiences a vision of Dr. Staple at a clandestine meeting of several people. We don't learn much about this "Clover Group" beyond the fact that they have been secretly hiding the existence of superhumans for ten-thousand years. She also speaks to Mr. Glass as he is dying, telling him to take comfort in the fact that he was right about people with powers existing, though the comic books had it wrong when it came to the secret societies - her group goes after both heroes and villains to maintain the balance and protect the status quo.

Related: Does Glass Have A Post-Credits Scene?

This revelation comes completely out of left field and breaks the pattern of Shyamalan's earlier movies. In the past, whenever Shyamalan employed a twist ending, he would leave the viewer a chance to piece together the mystery before the big reveal, such as in The Sixth Sense, when none of the characters interacting with Malcom Crowe apart from Cole Sear is a hint that Malcolm is a ghost but doesn't realize it. There's barely any indication anywhere that a secret society like the Clover Group exists in Glass before it is revealed during the climax.

The goals of this group and the limits of their power are also ill-defined and illogical. It seems that Dr. Staple is trying to enact alternatives to killing superhumans whenever possible, either by convincing them they are just imagining their powers or developing treatments to keep them from accessing their abilities. Yet the group doesn't hesitate in killing Kevin W. Crumb and David Dunn, who were successfully pacified until Mr. Glass acted. The idea of trying to persuade people they imagined their superpowers doesn't scan either, as Dr. Staple's scientific explanation for David's evil-detecting touch is that he has a talent for cold-reading people like Sherlock Holmes. Ignoring how this was blatantly contradicted by multiple events in Unbreakable, being that good at deduction is a superpower unto itself, as Mr. Glass himself seems to prove.

The Clover Group also seems incredibly blasé about the witnesses of their actions, allowing Joseph, Casey, and Mrs. Price (Charlayne Woodard) to go free after killing their loved ones, apparently confident that no one will believe them if they try to talk to the press. Yet as powerful as the Clover Group apparently is, they weren't able to capture David for the 19 years he protected Philadelphia as The Overseer, despite there being countless videos, photos, and fan pages promoting his existence online.

The third and final twist in Glass comes after Dr. Staple has met with her fellow Clover Group members in Philadelphia and assured them that the situation with The Overseer, The Horde, and Mr. Glass has been contained. While visiting a comic book shop, Dr. Staple overhears two fans discussing one villain's scheme and enthusiastically declaring that criminal masterminds never let you know their real intentions and that they employ misdirection like a master stage magician. This leads Dr. Staple to the discovery that Mr. Glass hacked the hospital security system before he and The Beast made their escape attempt and arranged for all the camera feeds to be live-streamed to a secret server.

Glass' final scene takes place in the 30th Street Station in Philadelphia, as Mrs. Price, Casey, and Joseph meet and wait. We find that all three of them were e-mailed the footage of the fight between The Beast and The Overseer, showcasing how both men really did have superpowers, and agreed to post the footage online in the hopes that it would go viral. Glass concludes as audiences see people all around the terminal looking at their phones and their tablets in astonishment, as Mr. Glass' actions reveal the existence of superpowered people to the world and prove that he was right all along.

Ignoring how Mr. Glass' final actions are a rebuttal to the Clover Group, he should have had no idea existed, there is no way this ending works within the context of the world of Glass. We already know from earlier in the movie that The Overseer had a considerable online presence, with hundreds of eye-witness accounts over two decades of David displaying superhuman strength and invulnerability. Given that, a new series of viral videos are not going to sway the cynical public and magically convince everyone that superpowers are real in the "fake news" era, even if the Clover Group doesn't have the ability to keep the videos off of the major national news networks. In the end, this twist breaks the story of Glass as if it were made of the same substance.

More: Glass Needs A Sequel: What's Next For The Unbreakable Universe?