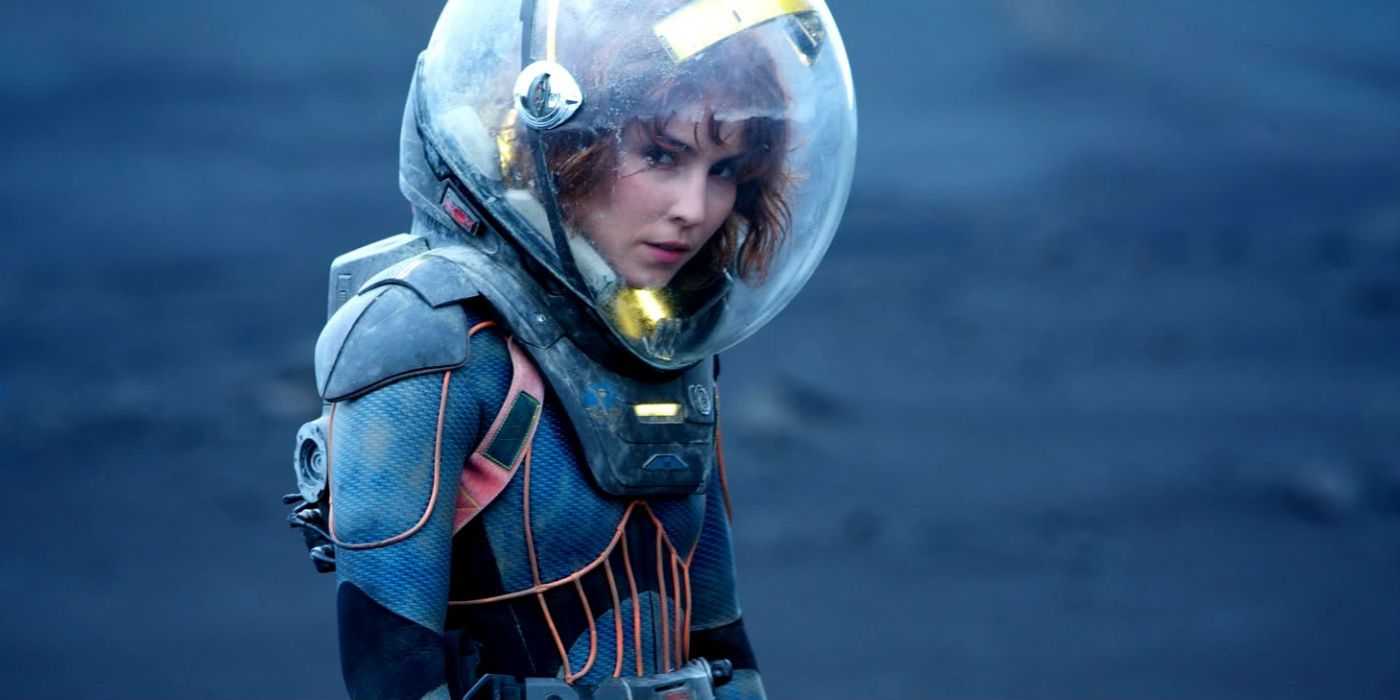 Noomi Rapace doesn’t know where Prometheus 2 would have taken her character Elizabeth Shaw. Fans couldn’t have been more excited when Ridley Scott announced his return to the Alien series for a prequel. The project shifted during development from a direct prequel to more of a spinoff, with nearly all references to the xenomorph being removed from the script. The resulting film was Prometheus, which focused on a team of scientists travelling to a remote planet to discover the origins of mankind. They learn humanity was created by a race of beings dubbed the Engineers, but the scientists soon find these creatures had dark plans for Earth.

Prometheus ended with Elizabeth Shaw and the severed head of android David (Michael Fassbender) leaving the planet to find the Engineer homeworld. Scott claimed many times Prometheus 2 would follow the two as they travel to ‘Paradise,’ but once again, the project would evolve during development. This was partly due to the fan response to Prometheus, with many being disappointed by the lack of xenomorphs. Scott tried to resist bringing the creature back, but the studio insisted it make a return. The director also became more interested in the character of David and decided a sequel should focus on him instead.

Related: The Alien Prequels Are Better Than The Predator

Alien: Covenant ended up bearing little resemblance to the original plan for Prometheus 2, with both Shaw and the Engineers being sidelined and the xenomorph making a comeback. Rapace returned to play Shaw in a promotional short but she doesn’t actually appear in Alien: Covenant, and in a new interview with Slashfilm, she reveals she was in the dark about where Prometheus 2 was going.

No. I mean, Mr. Scott is very secretive and you never really know. That’s the beauty with him. I love that man to bits but he doesn’t share much so you never really know. If you ask him something, he will speak about something amazing and extraordinary for 20 minutes and then you’re like, “Uh, wait a minute, he didn’t answer what I asked him.” So I don’t know. I wasn’t really sure. I think no one really knew what was going to happen after Prometheus. I don’t really expect anything.

Prometheus set up Elizabeth Shaw as the heroine of a new trilogy that would eventually tie into the original Alien, but Scott decided David’s journey to self-made godhood was a more interesting story. Fans were somewhat upset by Shaw’s bleak fate in Alien: Covenant, where it's revealed David killed her and used her body for his experiments in creating the xenomorph. An early draft of the script devoted more time to Shaw and David’s journey to the Engineer planet, revealing the two became close before he eventually betrayed and killed her.

While Scott has plans for at least one more prequel dubbed Alien: Awakening, the underwhelming box office of Alien: Covenant means it probably won't happen now. Awakening would have followed David's further experiments with the black goo, the Engineers coming after him for revenge and a potential return to the Alien homeworld. Given how Prometheus 2 evolved, however, the third film probably wouldn't have bared much resemblance to that synopsis either. It seems likely the next movie in the franchise will be some kind of reboot but until the Disney/Fox deal is completed, the series is on hold.

More: There Is Reportedly No Script For Alien: Awakening