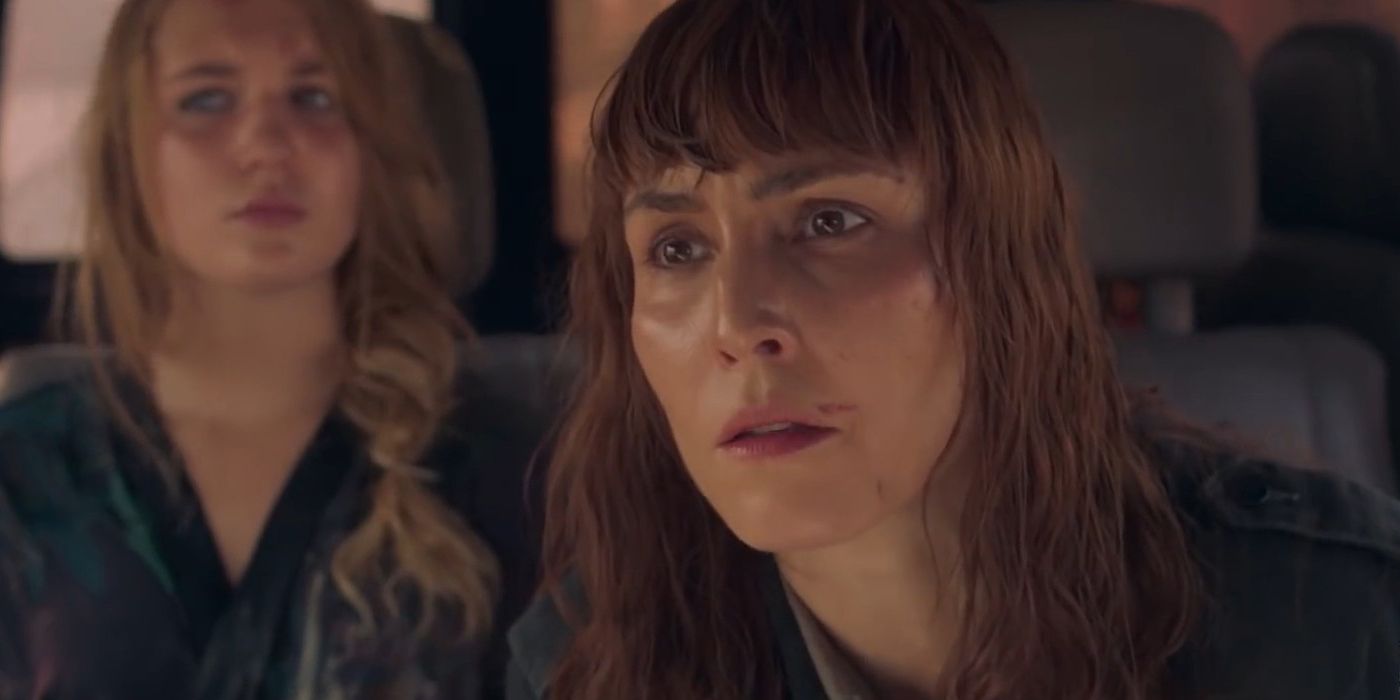 Noomi Rapace (Prometheus, The Girl with the Dragon Tattoo) and writer/director Vicky Jewson (Born of War) worked together on the Netflix film Close to tell the story of a female bodyguard whose new assignment doesn't just put her at odds with her strict principles, but risks her life in the process. Between the intense training Rapace went through to prepare for the role to Jewson's intent to shed light on female heroes, the results led to Close becoming far more than your run of the mill action-adventure film.

Rapace stars as Sam - inspired by real-life bodyguard Jacquie Davis - who is assigned to look after a young heiress (Sophie Nélisse) in Morocco. When she discovers that the girl is in far more danger than she anticipated, the two struggle to find safety as Sam puts her tactical skills to good use - all the while discovering that not everyone is entirely who they seem.

I just watched the movie last night, so I'm still kind of reeling off of it. Why is it- Why do you think it was so important to make this movie right now?

Vicky Jewson: I think that there are very few stories that are  really about women in that genre. And for me - as a director and a storyteller - they're the stories that I really wanted to see growing up. It was all mainly men in those roles, and I wanted to see what it would look like with a woman in that role. And not just any woman- sort of a real person that I believe could exist in the real world, outside of the cinema. I think, also, it was really important to tell a story about sisterhood; about a positive female relationship, which is in Close, because that's quite rare as well.

Yeah, you have an interesting contrast between these characters who seem so different at first, and, by the end, they're unified in such a strong way. which I thought was really interesting. How do you think that would resonate with audiences - touching on what you kind of said earlier?

Noomi Rapace: We spoke a lot about Thelma & Louise. That's one of my favorite films. It has something of that, and also... I grew up watching- I survived watching films. That was my- it was my paradise; my oxygen, right? But it was always male characters. I saw myself in all these amazing male characters. And I wish I grew up to more films like this. I wish there was more films like this when I grew up. So, I think for my friends - my sister's 24- and her friends who have seen it, they love it. It's kind of filling a space that it's not really- there's not many films like this.

Vicky Jewson: Yeah, I hope it's got a really empowering message in there.

So, going back to that first question - to you [Noomi] - if you have a different thought on that, why was it important for you?

Noomi Rapace: First of all, I think it's- I met Jackie, the real woman that my character's based on, and just listening to her... I don't really divide people, women and men, into different categories - I just look at people - and her life journey and her life story is so shocking and inspiring and dangerous and scary, and it's like five films in there, you know? So, I kind of totally fell in love with her and her extreme strength and commitment and her will and her passion to protect. It was just so fresh in this world when people are so self-obsessed. It's like about me, me, me, me, me; like me, see me, approve me. And then, she's someone who doesn't want to be seen. She exists in the background. She's constantly looking, scanning, reading other people - but she doesn't want to draw attention to herself, which was really refreshing for me to step into that kind of- to a character like that.

Speaking of  the character, there is this level of authenticity in the movie that was really impressive. What did you do to prepare for that - both of you -  from the role, and just in terms of making the film?

Vicky Jewson: So, the film, for me, started meeting Jackie. I met her in this dodgy pub in East London, and she gave me a window into her world. And it's a world I think none of us really know anything about, and there's a lot of stuff that we'd never know about-

Vicky Jewson: So much stuff. Kidnapping in the middle of the night...

Noomi Rapace: When you call her, she's gone for like a week, and then she's been in some Middle Eastern country, and she can't talk about what she's been doing. And you're like, "OK, I'm not going to ask." [Laughs]

Vicky Jewson: Exactly. It's sort of fascinating. And, so, then when we got to the point where we were in rehearsals, she devised a whole mini bodyguard training session for Noomi, because you have to get a license to be a bodyguard - I think it's like a nine week course or something with a security industry authority - so, like seven of them got together and gave Noomi an intensive [to Noomi] so that you could get into your headspace.

Related: Noomi Rapace Has No Idea What Prometheus 2 Would Have Been About

Noomi Rapace: Yeah, I had a couple of weeks when I was doing weapon training, driving, walking, positioning yourself so that - the person you're protecting is called the principal - so, kind of learn how to move with the principal, and be ready for whatever happens; life threats or just other people approaching. It was totally mind-blowing, and I kind of peeked into a world that I've felt, and it's... I mean, I've been having protection for years, on and off. But you never think about it. And then, now I know so much more, and I have so much respect for what they do.

Vicky Jewson: We both very much wanted to bring that authentic world to the film so that it didn't become to movie-ish. We wanted it to feel real. So, we didn't want Sam to be able to do anything Jackie couldn't do. And she worked quite closely with our stunt coordinator in order to achieve that.

Noomi Rapace: When there's something she doesn't approve, she like, "Would never happen. No. I don't approve." [Laughs]

Vicky Jewson. It's true. We had some on-set arguments between everyone, discussing... "This wouldn't happen."

Yeah, and she's so patient, I noticed - the character. Seeing that was really cool. You were able to nail all of that in the nine weeks?

Noomi Rapace: Yeah, I think so. And I feel like- But it's also someone who doesn't show much and who has a lot of history, a lot of baggage, but that's, like- you shut the door to the past. So, your own personal life, that's on hold. It's easy to live for someone else and to protect someone and just forget about yourself, and then, all of a sudden, when all of your own volcanos start popping, that's when it starts shaking for real. And finding that balance between Sam's personal life and her professional life, that's where it was the most interesting to be.

Vicky Jewson: Yeah, we worked a lot on the world "control." It came up a lot with when we were doing those- particularly the opening sequences when we see Sam at the height of her professional career; it's that extreme calm that she has when sh*t goes down, basically. And it was important for us to see that she's a thinker, so she doesn't just act; it's not like whipping out guns-

Noomi Rapace: I took that with me. Still today, when I'm walking, I was walking with my sister in London, and I realized I positioned myself - there were guys, two drunk guys that approached us - and I kind of just put myself in between her and them, so it's in my body in a different way now to just, like, OK, if something happens, I'll protect her, and I know that my body will take the first hit.

Close is currently streaming on Netflix.

This entry was posted by Screen Rant on January 18, 2019 at 1:01 am, and is filed under TV News. Follow any responses to this post through RSS 2.0. You can skip to the end and leave a response. Pinging is currently not allowed.